May 22 is World Goth Day. There’s never been a more perfect time to wear your best black clothing and lipstick, and listen to Bauhaus. Goth is a way of life for many, but it’s also a “style.”

You don’t have to be a goth from way back to celebrate World Goth Day. Even if this is the only day of the year you embrace the goth subculture, go for it!

Learn About the Goth Subculture

Start your day of goth by learning something about the subculture. The simplest definition of a goth is someone who has an affinity for the darker things in life. This includes the color black, although that’s not the only color goths wear.

To get a good idea of what goth and other crossover subcultures are all about, check out this article. It will set you off on the right path to celebrate World Goth Day. You’ll learn that no two goths are exactly the same, and that they’re often peaceful even if they look scary!

If you want more information about where the term goth comes from, check out the video below. It begins with ancient barbarians and ends with the goth subculture of today.

Goth Out Your Outfit

Now that you have an idea what the goth subculture is about, it’s time to pick out the perfect gothic outfit. Black is an excellent color to choose, but, again, goths don’t just wear black. For example, cybergoths like bright colors, steampunk goths don vintage looks, and pastel goths prefer, well, pastels.

So, before you put on that black dress and those fishnet stockings, check out the video below about the history of goth fashion to get some inspiration for your look.

In the “40 Years of Goth Style” video, you saw some of the makeup that goes with the different goth looks. Pale skin, lots of black eyeliner, and some black lipstick will give you a good start. However, you can also choose makeup to match your outfit.

If you’re mixing in some neon for a cybergoth look, try using neon eyeshadows and lipstick. If you prefer the pastel goth look, try a cute pastel lipstick.

The video below will give you some inspiration for your goth makeup, and it also includes some great tips!

Dye Your Hair Black (or Grab a Wig)

Whether you choose black, pastel, dark red, green, or purple, you can really do anything outrageous with your hair color and still fit right in with the goth culture.

Wigs allow you to try out different hair colors and styles without a commitment. You can also get them relatively cheap at Halloween stores (check online when it’s off-season).

Another way to get some inspiration for your goth look (or just celebrate World Goth Day) is to watch a movie that features the goth subculture. Some of my favorite “goth” films are below. Not all of them are specifically about goths, but you’ll definitely see some gothic fashion.

Featuring goth fashion, Stevie Nicks, and a great coming-of-age story, this movie has it all! Sara Rue’s character is chasing a dream. However, due to her black clothing, hair extensions, and gay best friend, she’s an outcast.

While the goth fashion alone makes this one a must-see, watching both main characters facing their fears will give you some serious feel-good vibes.

Hackers features lots of cybergoth looks. It also has a goth-esque plot about a group of teens fighting the establishment via computer hacking. The fashion is outlandish in some ways, but it still has a goth nightclub appeal.

Even though the hackers are bad guys, too, you find yourself rooting for them to escape the cops and business moguls who are after them.

Eric Draven (Brandon Lee) is the epitome of goth in this film. In the 1990s, this movie was every goth kid’s fantasy. A man and his fiancée are murdered, but he’s resurrected to take his revenge. Everything is dark and mysterious in this film, from the actors to the sets.

Unfortunately, Lee died in a freak accident on the set of this film. His untimely demise just added to the gothic intensity of the film, and the cult following it enjoys to this day.

Lydia Deetz (Winona Ryder) embraces her dark side, from her wardrobe to her jagged black bangs. Nothing says “goth kid” like befriending the spirits of the dead who are trying to haunt your family out of their new home.

Lydia’s mostly monochromatic wardrobe will make you want to cake on black eyeliner and listen to some Type O Negative. This movie is also tons of fun and features a bunch of stellar dreamscapes.

This film about a small coven of Catholic-school witches, features lots of black clothing. Nancy Downs (Fairuza Balk) is definitely the “gothiest” of these outcasts. However, all four girls goth out in black at some point for an incantation or some spirit-calling.

There probably isn’t a girl who grew up in the ’90s who didn’t see this film. It made us all want to become witches, but it also has a lot to say about friendship, loss, and finding your inner light.

If you prefer the more punk, cybergoth look, SLC Punk is all the inspiration you’ll need. This film about nonconformist punks in Salt Lake City is both dark and colorful (strange, I know). From the goth girls all the punk guys want, to Matthew Lillard’s crazy blue hair, this flick will have you stocking up on Manic Panic hair dye.

Listen to a Goth Playlist

Before you head out on a socially distanced trek in your goth garb, put together a goth music playlist. Goths don’t all listen to the same music. Some like goth music and some like punk. Others dig synth-pop, dark metal, or industrial music.

Some beloved goth groups include Bauhaus, Sisters of Mercy, The Cure, Type O Negative, The 69 Eyes, and Inkubus Sukkubus. If industrial is your thing, bands like Nine Inch Nails, Skinny Puppy, Front 242, Ministry, and VNV Nation all deserve a track (or 10) on your playlist.

Celebrating World Goth Day during a worldwide pandemic is beneficial because donning the right face mask will only add to your gothic style. From plague masks to gas masks, many types of face coverings fit the classic goth and cybergoth looks.

Hot Topic has some fun face masks that will keep you safe with the addition of a filter. If pastel goth is more your style, they’ve got some face masks in pastels, too.

Take Pictures at the Cemetery

After you’re all dolled up in your gothic best, you must head to the local cemetery. If you can, go to one with lots of large mausoleums and cool headstones, as these offer the best photos ops.

Whether you take selfies or invite someone to come along so you can photograph each other, be sure to commemorate your World Goth Day look with some pics. 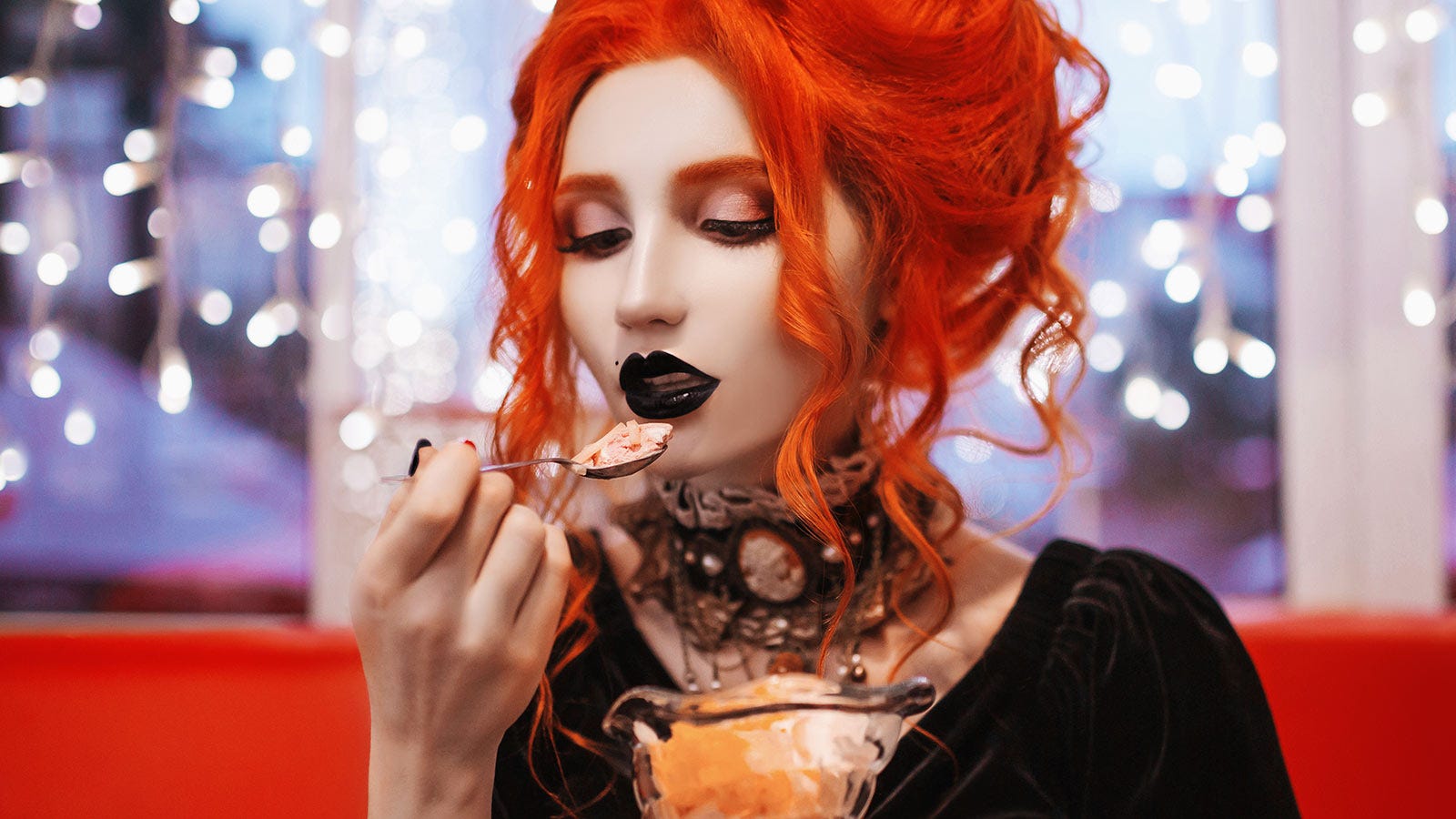