There are multiple benefits to having house plants. But let’s be honest. One of them is because of how gorgeous they are. The latest house plant to catch the internet’s attention are mermaid tail succulents.

These fanned-out plants aren’t actually called mermaid tail succulents, though. They’re crested senecio vitalis or narrow leaf chalk sticks. The plant grows outward in green, wavy “sticks” from a fan-shaped base. The shape and multiple “sticks” that come forth from it are what give this the appearance of the fantastical creature’s tall. Instagram user Succulent Craze, however, explains that the growth of the plant can’t be predicted and is based on “Mother Nature.”

If you do snag one of the plants that grow this way, the tails can grow up to two inches high and five inches wide and are cared for like most succulents, but you’ll need to keep in it direct sunlight and outdoors for it to thrive. Pet owners should also be cautious as the plant can be toxic to animals (and humans).

Turns out, however, that there are two plant species that can take the moniker mermaid tail. In addition to the crested senecio vitalis, there’s also the euphorbia lactea cristata or crested elkhorn. These succulent meets cactus growths don’t have the stalks of the crested senecio vitalis. Instead, they grow in full fan-like shapes that give them the same nickname. Plus, they’re easy to care for requiring little maintenance and watering.

Mermaid tail succulents might just be your new go-to plant if you’re looking to expand your garden. 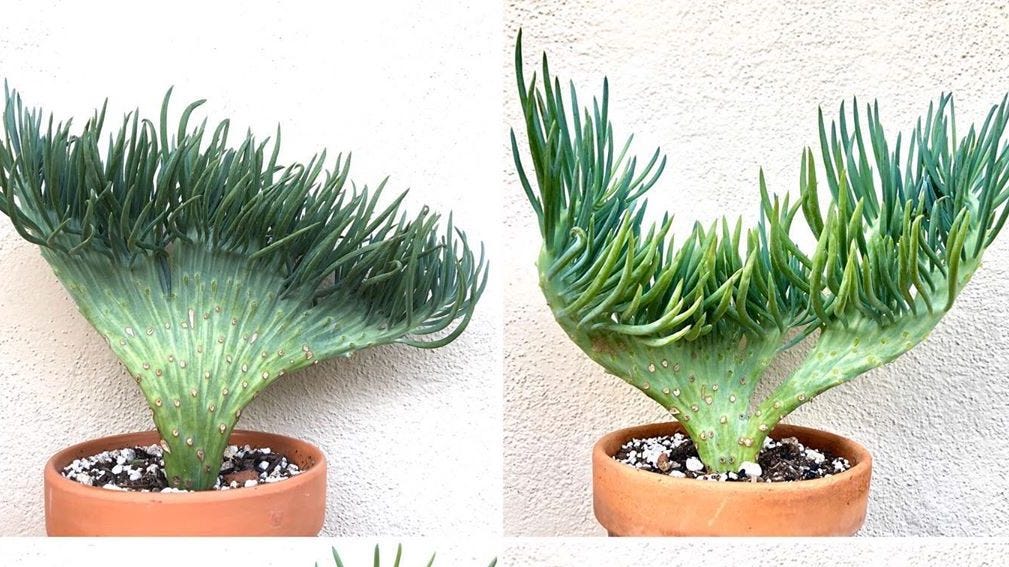