If you’re not watching the Bon Appétit YouTube channel, you’re missing out on a ton of quality food content. The latest video features a gourmet pastry chef making a Choco Taco.

If you’ve never had the pleasure of eating a Choco Taco, it’s essentially a waffle cone taco shell filled with fudge-swirl ice cream, and then topped with melted chocolate. Yes, it’s as delicious as it sounds!

The question, though, is whether it can be duplicated and elevated by a gourmet chef. Claire Saffitz, the resident pastry chef at Bon Appétit, gives it a try in the YouTube channel’s viral series.

We won’t spoil it, but let’s just say things don’t go the way Saffitz planned. In fact, things derail to the point that they had to shoot a part two. 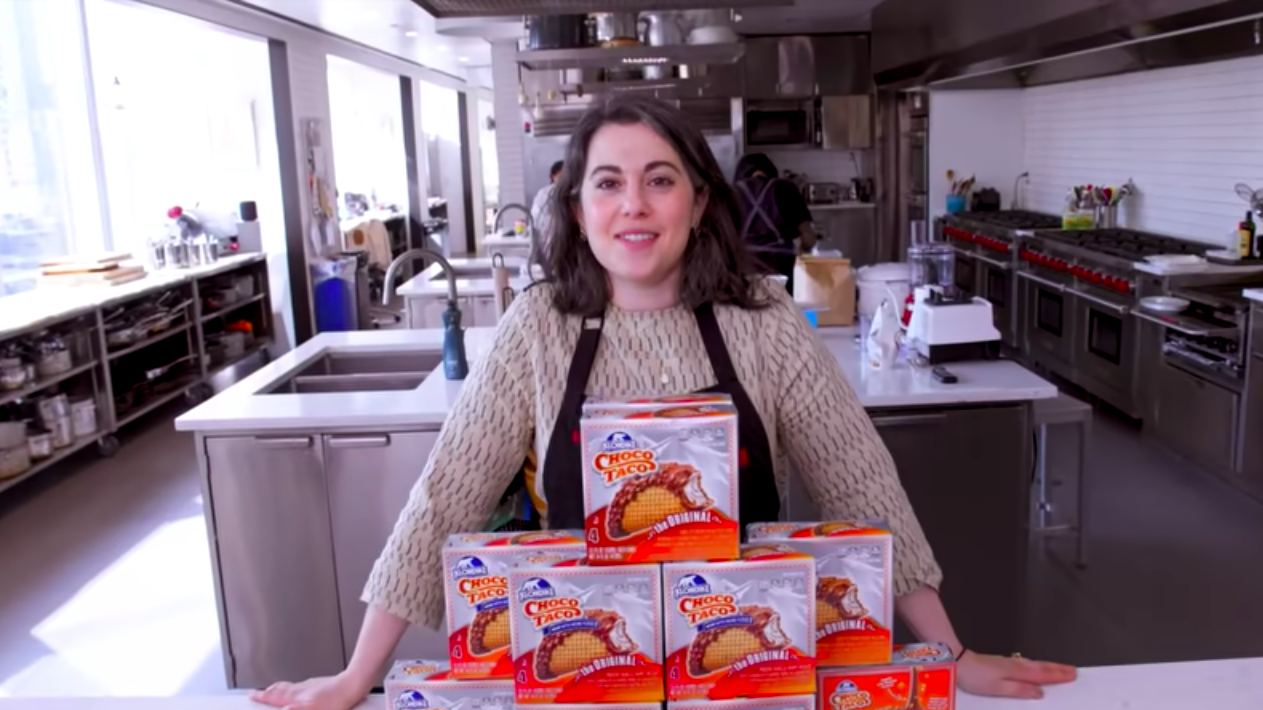