Walt Disney World shut down due to COVID-19 in mid-March. Soon, though, it will be reopening.

Disney announced it plans to start reopening parks on July 11. The Magic Kingdom will open first, followed by Animal Kingdom. Epcot and Hollywood Studios will reopen on July 15.

The plan was unveiled at a meeting of the Orange County Economic Recovery Task Force. The group approved the plan, which was then sent to Gov. Ron DeSantis, who also approved it.

Like other venues that have been allowed to reopen, Disney World will have to follow the guidelines from the Centers for Disease Control and Prevention. These include limiting the number of guests allowed in the park, requiring face masks be worn by anyone over 2 years old, and providing ways for all visitors to social distance.

The park has already had some practice with this. Disney Springs, an outdoor shopping and entertainment venue near the resort, has been open since May 20 with all of these measures in place.

For more information and updates about the reopening schedule, keep an eye on the Disney Parks blog. 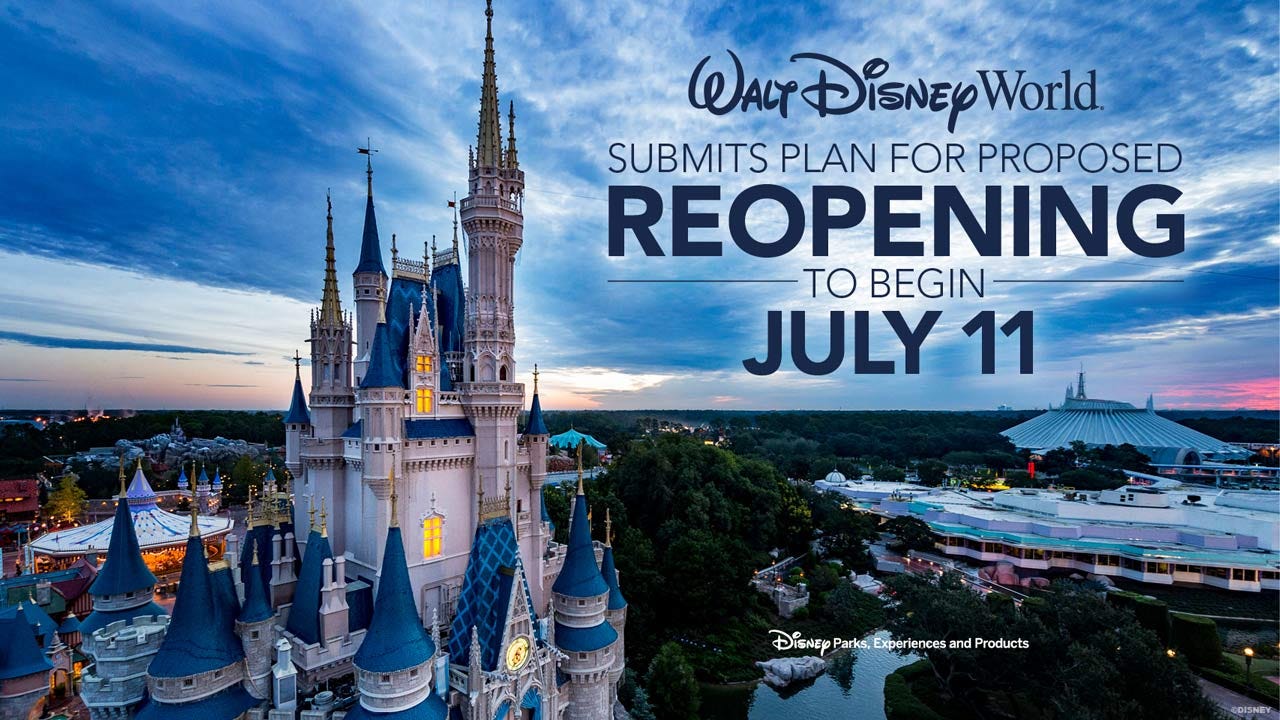