A lot of competition for cuteness can be found on the internet. The volunteer pilots who flew assistance puppies to their trainers are in the lead.

A group of licensed pilots volunteered with non-profit Canine Companions for Independence to fly puppies to their new training locations. The non-profit matches people with disabilities with these highly skilled dogs, but they do have to be trained first. Altogether, 29 labrador puppies were flown throughout the United States to become the best service dogs they could be. It’s all thanks to some pilots who were generous enough to donate their time.

Canine Companions for Independence was formed in 1975, and the non-profit has been matching children, veterans, and adults with service animals ever since. According to its site, it seeks to “enhance[s] the lives of people with disabilities by providing highly trained assistance dogs and ongoing support to ensure quality partnerships.”

While these new puppers aren’t quite ready to become assistance dogs just yet, they’re working plenty hard to brighten up people’s day with their cuteness. 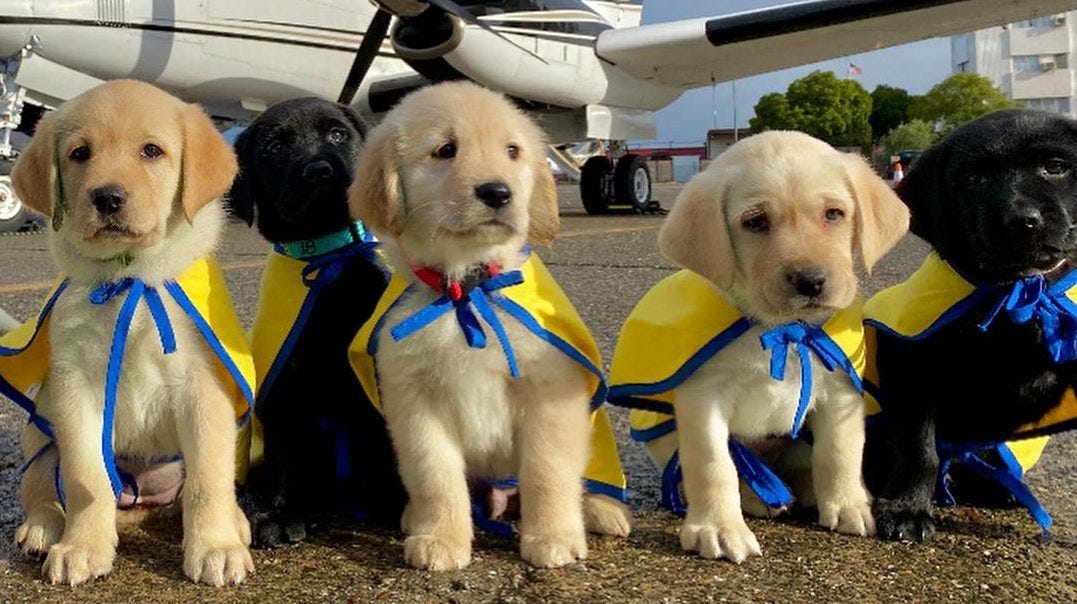