Today, there’s often little distinction between what we wear at home, and what we wear out. Joggers and sweatshirts feel equally appropriate in the bedroom or grocery store. But before modern loungewear, what did people wear at home?

While humanity’s earliest clothing choices might have been purely practical, we’ve been using clothes to express status, personality, and more for centuries. Ordinary items, like pajamas, actually have some pretty fascinating histories!

Here’s how people dressed to stay home in the past, and how those choices evolved into modern-day loungewear.

Humans have been wearing clothes for hundreds of thousands of years, beginning with materials sourced from nature, like animal skins and tree bark. While we don’t have historical records of our earliest clothing choices, it’s a safe guess that there likely wasn’t any distinction between clothes worn at home and those worn in public at first.

After all, we only started settling down into permanent homes after the advent of farming, some 12,000 years ago. When humans first started wearing clothes, “home” was a portable space so there was likely no need to distinguish between “home clothes” and “outside clothes.”

Modern civilization changed all of that. By the Middle Ages, both men and women often wore long, loose nightgown-like garments for sleep. Eventually, those garments evolved from practical items to fashion statements.

The Evolution of the Dressing Gown

A fairly early loungewear trend was the “dressing gown,” a fashionable, yet comfortable jacket-like garment. Although often worn at home, dressing gowns could also be found at casual social events. They gave wearers a break from the constrictive garments of the time.

Dressing gowns first became popular in Europe in the early 1700s. At first, they were called “banyans,” and took the form of loose, comfortable men’s jackets. These items implied comfort and leisure, so, unsurprisingly, they were only worn by the upper classes.

In the 1800s, banyans became known as “dressing gowns,” and they were worn more at home. Dressing gowns for women also became popular. Much like loungewear today, dressing gowns became the staple clothing item for any activities done at home.

Under a dressing gown, women of that era typically wore nightgowns. Like dressing gowns, nightgowns were fashion items and status symbols. At first, they were all long—shorter styles didn’t emerge until much later.

The Rise of Modern Pajamas

As you can probably imagine, jacket-like dressing gowns eventually evolved into what we now call bathrobes. And bathrobes, of course, are often paired with pajamas.

Pajamas as sleepwear actually had a moment in England in the 1600s, but then fell out of style until the late 19th century, when they became popular in Europe and the U.S. At first, though, they were only worn by men. Women still wore nightgowns and didn’t get into pajama pants until the 20th century.

However, the complete history of pajamas, as with many trends, is older and more complex than it might seem at first glance. The reason they caught on in the 19th century was that British colonizers noticed the comfortable garments people in India were wearing. So, pajamas were actually imported to, not invented in, Europe. Unfortunately, since the history of fashion tends to focus on Europe and the U.S., it’s much harder to trace how these garments started in India.

We do know, though, that the word “pajamas” comes from the ancient Persian term, pāy-jāmeh, which translates roughly to “leg garment.” Europeans took the concept, added matching shirts, and called it sleepwear. (For that matter, dressing gowns were also modeled on garments first worn in Asia.)

Historically, sleep was often cold. Efficient heating and cushy modern blankets didn’t exist until fairly recently, so sleepwear had to play a role in warmth.

The “nightcap” was a hat worn while sleeping, and one of the most memorable examples of sleepwear designed for warmth. They often had long, pointy ends, so they could also serve as scarves to keep the neck warm. Although they look silly to us modern-day folk, they had a very practical purpose in the days before central heating.

Although pajamas are mostly worn at home, there have been notable times when they became popular in other locations.

Needless to say, this style was quite shocking at the time. Not only was loungewear virtually unheard of outside the house, but women of the era also didn’t wear pants—only skirts and dresses.

However, Chanel was such an influential designer that beach pajamas really did become trendy among wealthy women for a while. As beachwear was typically more laid-back, anyway, they were able to get away with it.

Beach pajamas actually remained in fashion until the 1940s, when semi-modern swimsuit styles replaced them.

With beach pajamas, we see the beginnings of modern loungewear, which seamlessly takes us from home, to school or the store, and back again.

Generally, fashion in the U.S. has been steadily shifting toward more casual since the early 20th century. Most discussions of this shift focus on its public expressions, like the denim jeans of the ’50s, or the hoodies in today’s offices. However, the shift has also made its way into our homes, blurring the lines between “home” and “outside” clothes entirely.

The desire for comfort, the proliferation of versatile athletic wear, and the relaxation of work and social dress codes have all played a role in today’s loungewear trend. These days, few people will notice if you wear your loungewear in public—something that was once quite shocking! 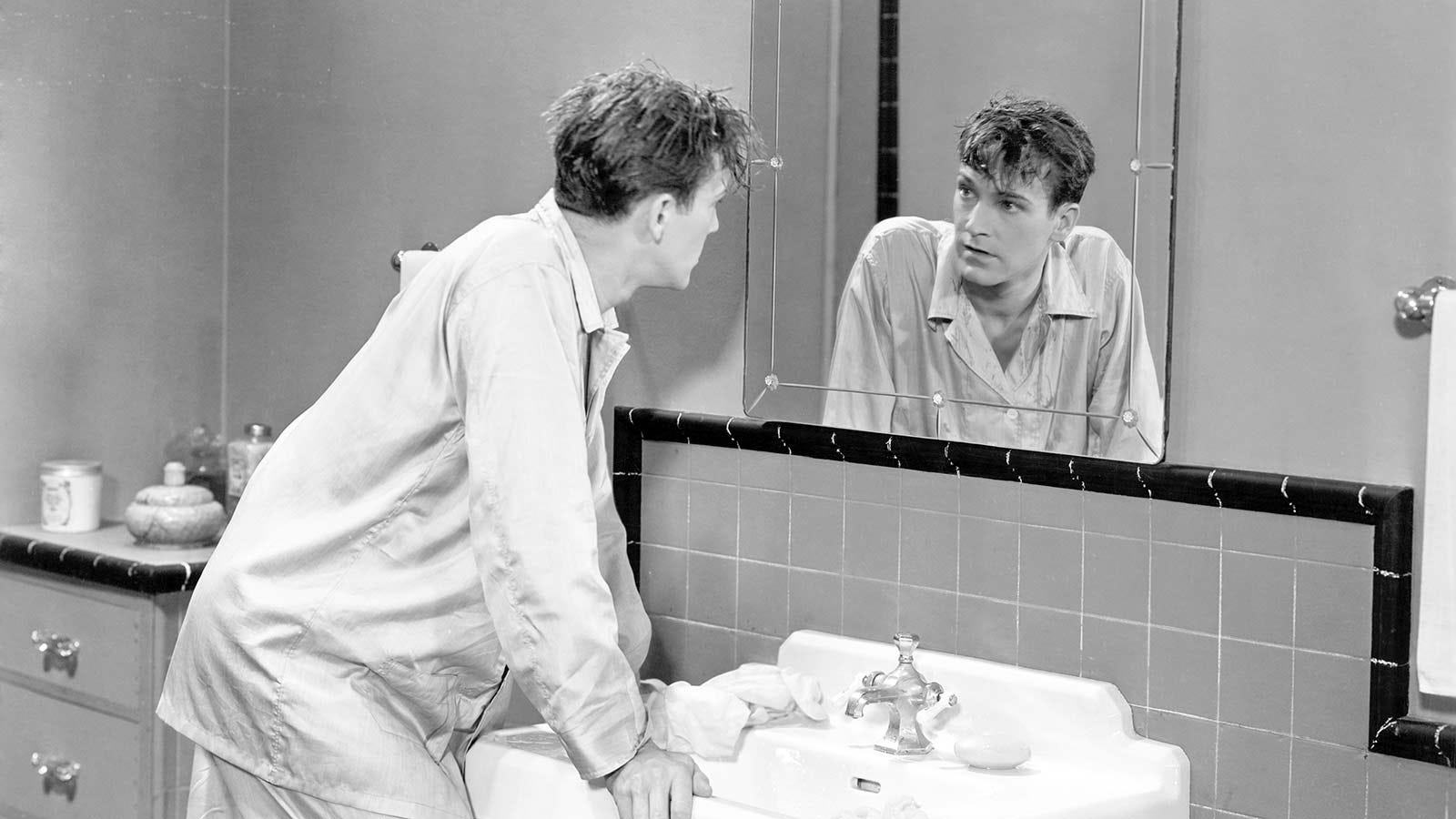