Spending time in nature is good for your soul—no electronics around, no duties to worry about. But did you know it can do wonders for your health? Here’s what forest bathing is and how it helps your body.

The practice of forest bathing, also known as nature therapy, originated in Japan in the 1980s. In Japanese, it’s called shinrinyoku, which translates to “bathing in the forest atmosphere.” Unlike what the name suggests, it has nothing to do with an actual bath. This activity calls for the full immersion of body and mind in the natural environment around you, as you connect with it through all your senses. You listen to the sounds of the forest, you observe its lush greenery, you breathe in the fresh air, you feel the rugged tree barks on your hands, and you let all your worries melt away.

It’s like practicing mindfulness in the forest. There’s no hiking or exercising involved, and you get to do what feels good for you. It’s a very rewarding experience that lets you be present and merge with your natural surroundings as you focus on your breathing, empty your mind, and appreciate all the little details around you. Not only is it a good way to take a break from our hectic and fast-paced life, but it’s also an easy way to boost your well-being.

How Forest Bathing Improves Your Health

Over the years, a lot of research has been done on the impact of forest bathing on our health. The physiological and psychological findings have been encouraging, as they’ve highlighted the numerous ways in which nature can positively affect our system.

This might come to no surprise. The same way you feel relaxed after meditating or practicing mindfulness, you feel after a good forest-bathing session. Following the analysis of multiple related studies, a 2019 paper concluded that forest bathing can significantly reduce cortisol levels in the system, lowering stress, and bringing about a sense of peace and calm. Who doesn’t like that!

It Boosts the Immune System

Forest bathing is often referred to as a form of aromatherapy. This is because plants and trees release a type of volatile substance known as phytoncide, which are organic compounds that we breathe in high quantities when we’re surrounded by greenery. Thousands of compounds exist in this category and many of the smells we associate with plants, ranging from the smell of cedar chips to pine sap, to even the scent of onions and garlic, are thanks to these chemicals.

In one study, researchers had a group of participants go on a three-day/two-night trip to forest areas to observe changes in their immune response. The results indicated the volunteers experienced an immune system boost as they reported increased levels of different biomarkers of a strong immune system, including human natural killer cells and intracellular anti-cancer proteins. The effects were found to last for seven days, however, when the experiment was replicated years later, they reported similar findings but with the effects lasting for approximately 30 days. As a result, it’s been suggested to practice forest bathing once a month to strengthen the immune system.

Although it’s common knowledge that walking is good for you, walking in a forest environment has been found to have a specific effect on our cardiovascular and metabolic health. In a controlled clinical trial, individuals who took day trips to a forest park presented lower levels of blood pressure, increased levels of blood adiponectin (a protein that regulates blood glucose levels), and increased levels of dehydroepiandrosterone sulfate (DHEA-S) (a hormone that regulates the function of your adrenal glands). In short, it balances out important parameters indicative of good health.

It Relieves Symptoms of Depression

Another perk of spending some quality time in the forest is the unavoidable mood boost you get in just a short amount of time. In a study that involved 498 healthy participants, researchers found that on the day that individuals practiced forest-bathing, their hostility and depression scores were significantly lower while liveliness scores were much higher compared with the control (no forest-bathing) day. This has led many doctors to recommend nature therapy as a coping method for those suffering from chronic stress or depression.

How to Practice Forest Bathing

Anyone can engage in forest bathing, and it can be done as frequently as desired. However, it’s important to do it right. Those unfamiliar with mindfulness might benefit from finding a trained forest-bathing guide to introduce them to the practice, providing you with the knowledge necessary to do it yourself whenever and wherever you prefer. In fact, you don’t necessarily have to do it in a forest. All you really need is a place with trees and little noise pollution, which could be the park by your house early in the morning or a little corner of your garden when nobody’s home.

The more you practice forest bathing, the more benefits you’ll reap from it, and the better you’ll become at engaging in mindfulness. As they say, practice makes perfect, so get out there and start reconnecting with our beautiful Mother Nature. You certainly won’t regret it! 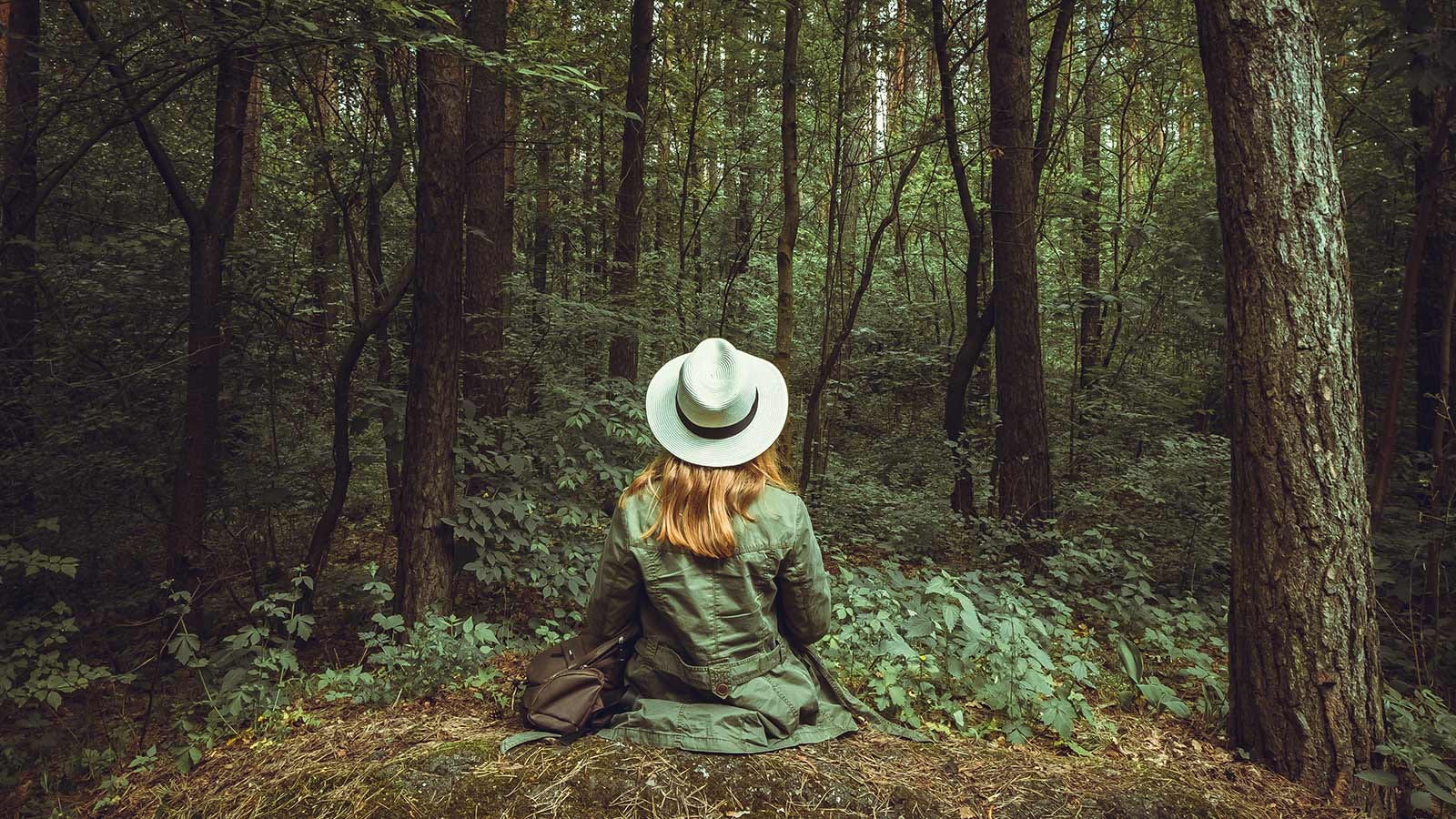