For most of the late 20th century, marinades were everywhere, and every cookbook had marinades, marinades, and more marinades—only to end up pushed to the side by brines. Here’s a fascinating look at the rise, fall, and rise again of marinades.

Over at his cooking channel, Adam Raguesea has some strong opinions to share about marinades. Specifically, he’s got a bone to pick (a chicken to marinade?) about the trend in the cooking community to disregard marinades as useless.

RELATEDDitch the Bottled Stuff: How to Make a Marinade From Scratch

But don’t worry, the video isn’t just a rant about the undue bashing of marinades but a fascinating look, with examples and all, at how marinades actually work on meats and why we shouldn’t just throw them to the side.

Lest you’re weirded out by the blue meats above, let us assure you the video is mostly not Dr. Seuss dining and the food dyes are just a way to cleverly demonstrate the penetration depth of the marinades.

Regardless, it’s a well-thought-out defense of marinading that has us wanting to whip up a summery citrus marinade and do a little grilling. And if you’re feeling that call of the marinade too, we’re happy to help. Check out our guide to making delicious marinades from scratch. 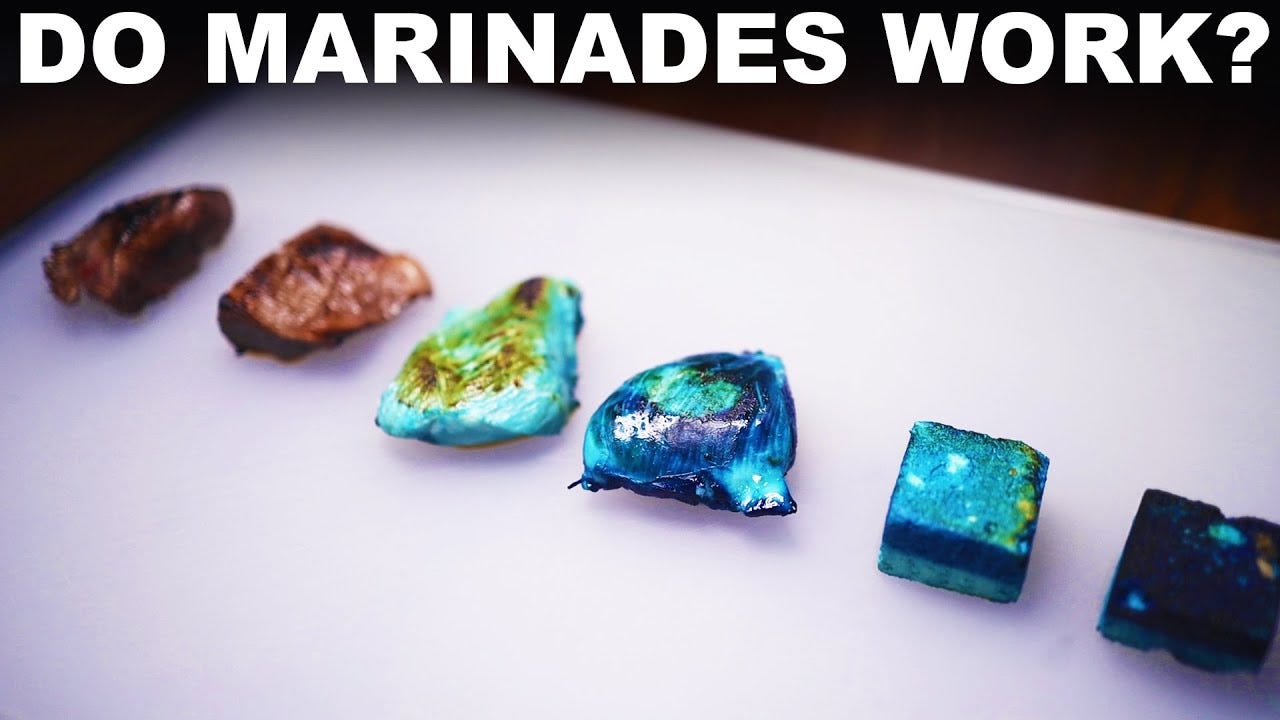