While some people are turned off by the knowledge, they’re cooked alive; for others, it’s no cause for pause (and may even be a big part of the coastal culture they grew up in). But is tossing lobsters in a boiling pot necessary?

The History of Lobster Steaming

While there is evidence of people boiling lobsters dating all the way back to first-century Rome, the method didn’t really catch on until the 1800s when people realized they just tasted much better when cooked that way. It wasn’t until a bit later that chefs realized cooking the lobster alive also reduced the risk of food poisoning.

Lobster and other shellfish have harmful bacteria present on their flesh called vibrio bacteria, which thrive once the shellfish dies and begins to decay—and it doesn’t take days for the vibrio bacteria to become a problem, they multiply rapidly with the first few hours. Even the high heat used to cook these crustaceans won’t destroy these harmful bacteria, and preparing them alive is the best way to avoid this nasty foodborne illness. Abdominal cramping, nausea, vomiting, and fever would be just a few side effects if you were to eat a lobster covered with these little critters.

When you think about it, all animals must eventually meet their fate before humans cook any type of meat, fish, or seafood. However, the process of doing the dirty work yourself is disturbing for many because we are usually disconnected from killing other animals we eat.

Unless you have purchased a frozen lobster, you’re bringing home lives ones, but there are other ways to humanely kill them before cooking. Some chefs choose to place the lobster in the freezer for some time to help create a slugging (and less feisty lobster)

Then they remove them from the freezer and swiftly push a sharp knife through the center back of the lobster, instantly killing it.

So, while we throw lobsters in a pot of boiling water to keep ourselves from agonizing pain, are we causing misery for these shellfish?

The debate has raged on for many years, of whether or not lobsters suffer through pain when cooked alive, and whether or not boiling them alive is humane. A scientist from the University of Oslo, Norway, conducted a study that suggested that lobsters (and other invertebrates, like crabs) have some capacity to learn, but they likely don’t feel pain as their brains and neurological structure are simply too unsophisticated for it, much like those of insects.

That said, some researchers argue that the reactions of more sophisticated invertebrates are more than just reflexes and are indicative of pain. Testing such matters is difficult, however, and realistically it’s likely we’ll never know if lobsters, crabs, or other shellfish feel pain.

Humanely killing any type of creature sounds a bit contradictory to many. However, to enjoy these crustaceans, without becoming severely ill, someone’s got to do it. If you are totally against it, then try and find already cooked knuckle, claw, and tail meat rather than purchasing it alive. 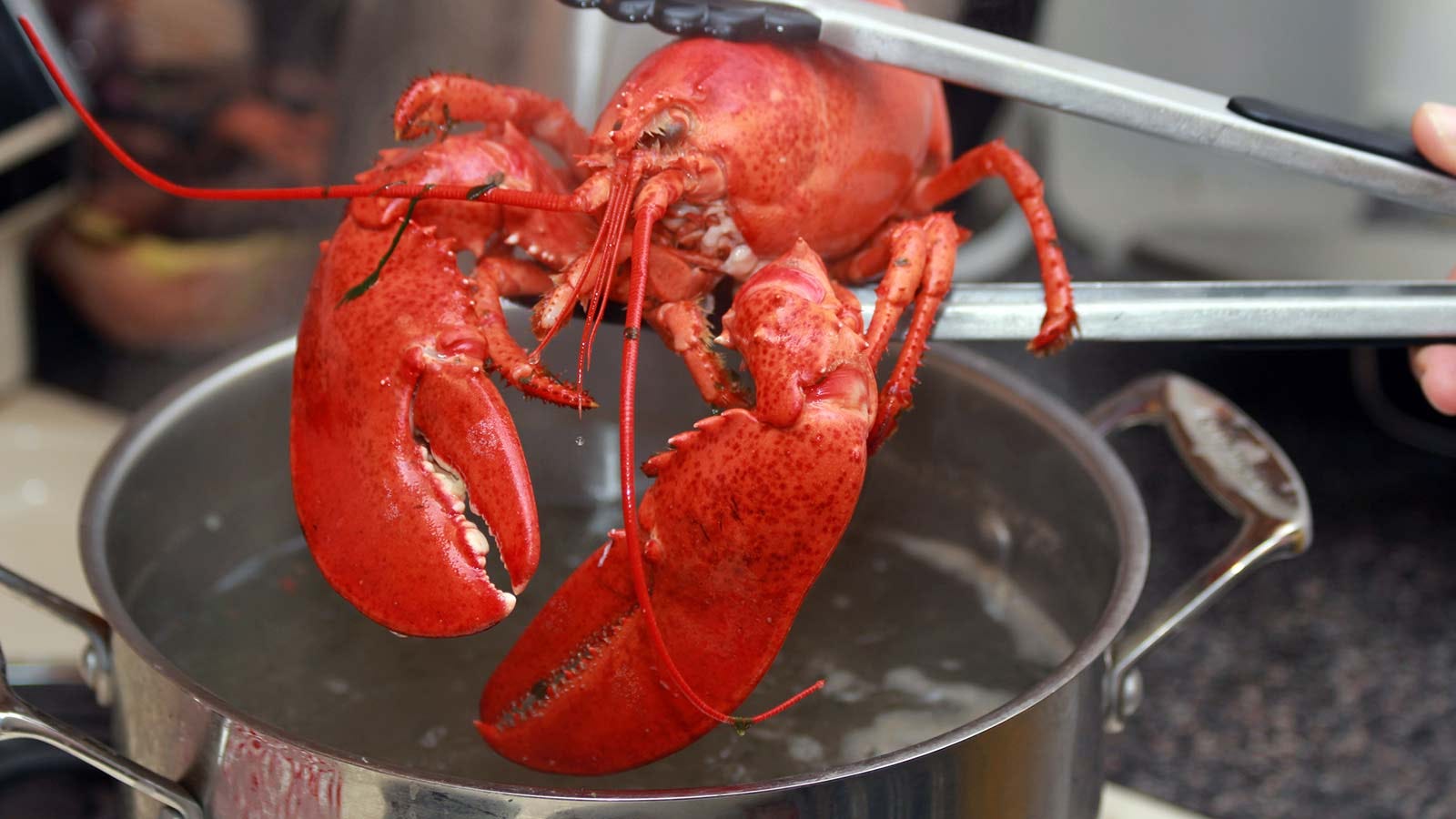