If you ask “Is this still good?” when you’re decluttering, you’re asking the wrong question. You should be asking “How much is enough?”—here’s why.

The biggest decluttering trap of them all is falling into the trap of debating whether or not something is still “good”—however that goodness is determined—instead of asking if something (or a group of somethings) is “enough.”

What does this simple difference look like in practice? I have a bit of decluttering to do around my own home, so I’ll give you a current concrete example.

As a long-time computer geek, I have tons of random computer equipment in my house I’m currently sorting through. If I find a box of VGA cables, the answer to the question “Are they still good?” is “Yes,” which then creates mental resistance to getting rid of them. As children, we’re scolded for wasting good things: not eating all our food, using too much stuff around the house, and so on. Most people hate the feeling of being wasteful or getting rid of something that is “good.”

But what if I reframe the question? I find the box of VGA cables. I instead ask: “How many VGA cables are enough for my needs?” Given that I’m not running a retro computer museum and only one display in my entire computer-heavy house is using VGA, I most likely don’t need any or maybe just one as a spare. So, the answer to the question of how many VGA cables I need is “One” if we’re being generous and “None” if we’re being a bit more critical.

But, the answer to the question doesn’t have to be some minimalist “one or none” deal. The point of decluttering is not to get rid of everything indiscriminately, the point of decluttering is to remove clutter—stuff you don’t want or need. If the experience of shortages during the pandemic has made you uneasy having less than a multi-month supply of frequently used dry goods and non-perishables in the house, then the answer to “How much is enough?” in regard to, say, laundry detergent or toothpaste is not “just what I’m using right now” but “as much as I’ll need for three months.” That’s what “How much is enough laundry detergent?” looks like for you and there’s nothing wrong with that.

By breaking away from the trap of “Is it good?” (which inevitably leads you to not remove clutter from your home) and moving to “How much is enough?”, you’ll have a useful way to frame what you’re looking at. Then it’s not a matter of whether or not those old Christmas decorations are still “good” or if every piece of artwork your child ever created is “good” but merely whether or not you have enough. If you already have enough Christmas decorations, why keep the ones you don’t use? If you’ve already framed some pieces of artwork your child made, why keep boxes and boxes of old finger paintings in the attic?

When reframed this way, it is much easier to send things that are no longer needed off to be recycled or donated, because you know you have enough and whether the thing is “still good” or not is irrelevant. 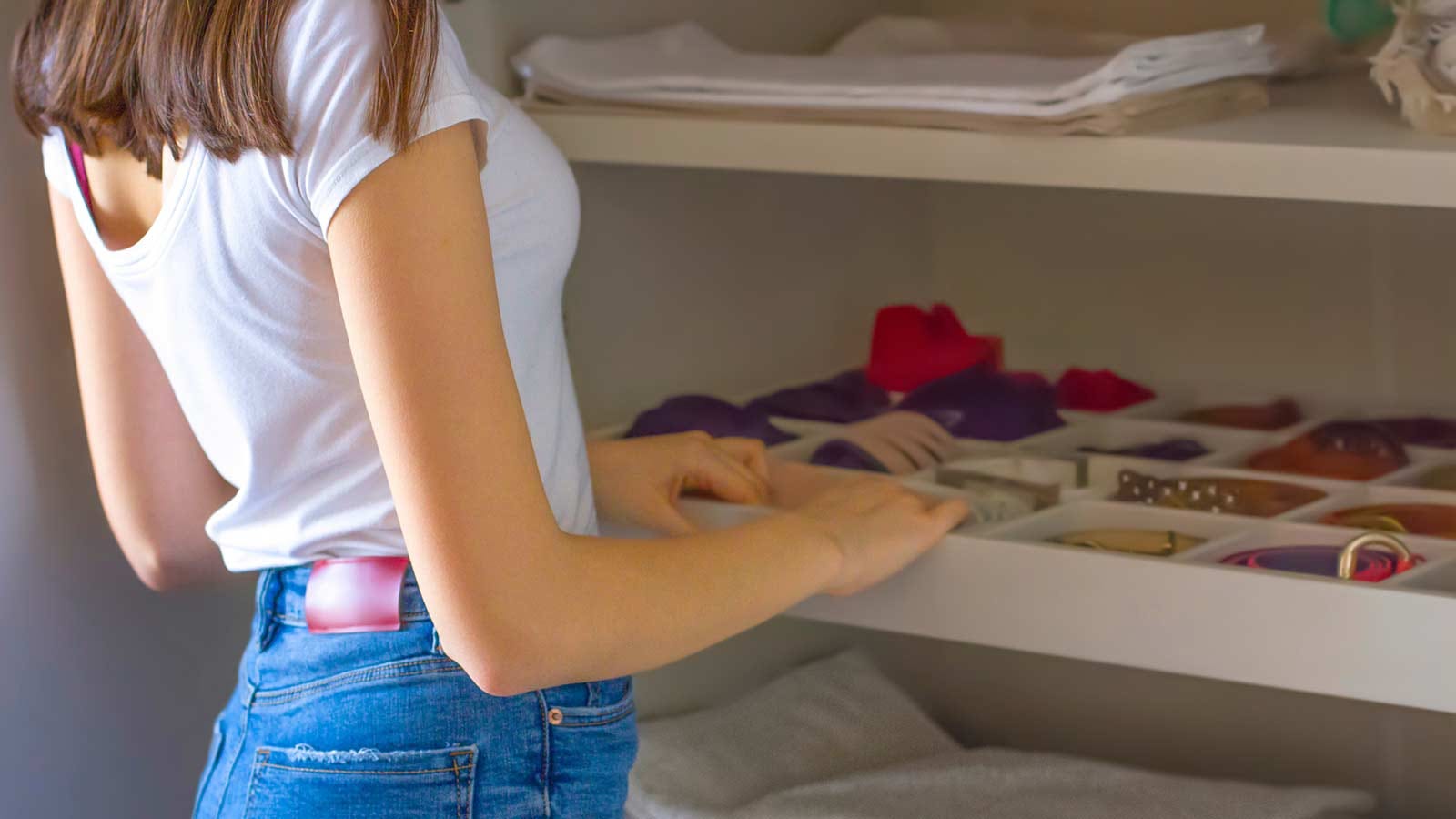