Getting your baby on a regular nap schedule can be frustrating, to say the least. But if he doesn’t get enough sleep, you’ll be dealing with the last thing any parent wants: an overtired baby.

When babies are awake for too long, their little bodies can’t handle it. They go into a stress response that releases hormones, like cortisol. This makes it nearly impossible for them to settle down.

Once a baby is officially overtired, it’s also very difficult to get them to fall asleep, even if they’re clearly exhausted. Once they finally do go down, they also won’t sleep as well or as long. If they wake up, it’s tough to get them to fall back to sleep.

Basically, you can kiss that sleep routine you’ve been working on goodbye. If you suspect your child might be overtired, there are a few ways to tell if you’re right. There are also some suggestions for what to do about it, and how to prevent it from happening again.

It’s a little extra work, but it’ll be worth it in the end.

Signs Your Baby Is Overtired

It’s really important to know your baby’s sleepy cues so you can determine when she needs to go to sleep. For most babies, these cues include yawning, rubbing their eyes, putting their head down, and acting less energetic.

Below are some signs your child might be overtired:

What to Do When Your Child Is Overtired

Once you’ve realized your baby is overtired, you need to try to reverse it quickly. This can take time, so be patient. You basically need to help her fall asleep, instead of leaving her to her own devices.

Here are some approaches you can try:

How to Prevent It From Happening

Sometimes, babies get into an overtired cycle and all of their sleep is bad. This might be short-lived, though. For example, if your child misses a nap or takes a shorter one, she’ll likely show signs of being overtired. A good night’s sleep usually corrects this, though.

Here are a few ways you can prevent long- or short-term over-exhaustion:

Dealing with a tired baby when you’re exhausted yourself can be beyond frustrating. However, with a little proactive planning and a solid routine, you can get your kiddo down for a nap before the meltdown. 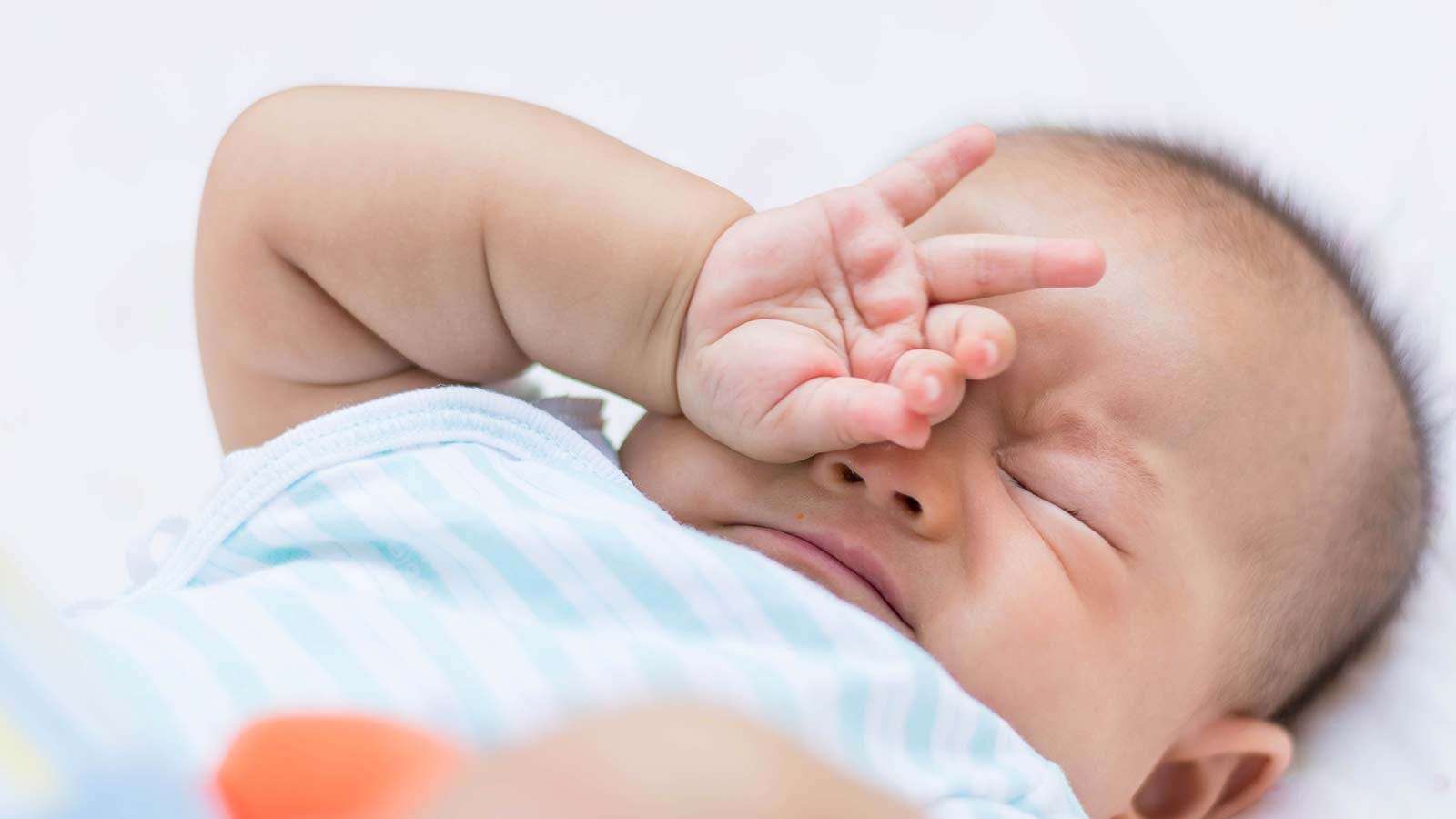