For those whose stress levels have reached a boiling point, there may be a simple hack that could help. This towel-folding hack will turn your bathroom in a luxury hotel oasis where you can sit back and pretend like you’re at the swankiest stay of your life.

Yes, TikTok gets a bad reputation for being all about viral dances and silly slogan videos, but for those who know where to look, it’s also a prime place to get life hacks. One of the latest to go viral teaches you how to fold a towel like a luxury hotel. The video, posted by user @mama_mila_, takes a regular bath towel and folds it into a chic-rounded shape she claims is good for storage but also looks good on display.

To make the fold, lay a towel flat then fold the upper-right corner down until it touches the other side of the towel. Next, take the base of the towel and fold it in half (like you’re making a paper airplane). Once done, flip the towel over and roll up from the bottom. You’ll have to diagonal folds at the top, so simply tuck one inside for the perfect hotel look.

[Via The Daily Mail] 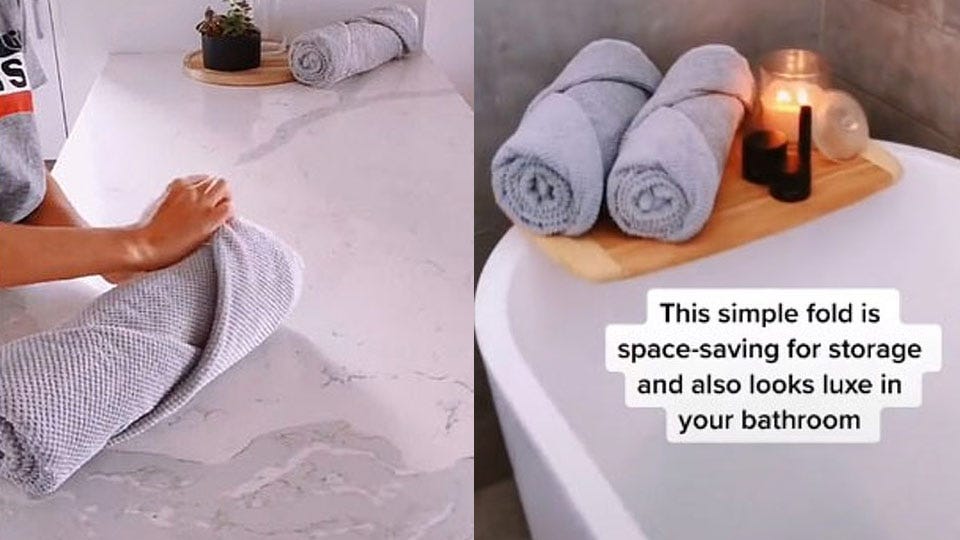