Some might tell you to wash them, others might glare at you if you do: knowing what’s the best approach to cleaning mushrooms is a bit of a guessing game. Read on to find out what all the fuss is about.

Have you ever noticed how mushrooms behave when you throw them on a stir-fry and add sauce to them? They soak up most of the liquid they’re cooking in, shrinking in size and growing in weight. In other words, they act like little sponges. For the longest time, many in the food industry believed that was the reason why washing them was a big no-no—mushrooms would soak up all the water, become soggy, and lose all their taste. Soaking them in water wasn’t even an option.

Then, people began experimenting. Not only did they find that mushrooms were unable to soak up large quantities of liquid when rinsed in water, like many assumed, but they also found that there was no difference in taste between rinsed and non-rinsed mushrooms when cooked. This led many to embrace the habit of rinsing them before throwing them on the pan without fear of being scolded.

However, many chefs still disapprove of that method. Read any Gordon Ramsay book or ask any Italian chef and you’ll get the same answer: mushrooms are not meant to be washed. These experts hold that there’s no valid reason to rise them: they don’t grow on soil and the dark-brown layer that covers most of them is harmless. Further, the mushrooms you buy at the store are grown under controlled conditions in sterilized soil, so they come to you about as clean as a mushroom can be. Most importantly, rinsing them—and especially scrubbing them—turns their skin slimy, which chefs argue can prevent them from absorbing the flavors of the food they’re cooked with.

“So, if you’re not supposed to wash them, how do you clean them?” you ask. According to many pros, it’s as simple as using a cloth, paper towel, or a brush. Armed with a gentle hand and a bit of patience, all you need to do is wipe them with a wet cloth or a mushroom brush (or similar) to get rid of any grain of dirt that might have landed on their skin and they’re good to go. Whether this is more practical than rinsing them is debatable, but if Ramsey says this is the right way to go about them then the effort seems justified.

Overall, there’s no draconian rule dictating the right way to clean mushrooms. The American Mushroom Institute recommends either “brushing them off with your fingers or a damp paper towel, or rinsing them briefly under running water.” Evidently, dirt is not much of a concern.

In other words, it’s up to you what you do with your mushrooms before you cook them, just as long as you don’t soak them for minutes on end or scrub them so hard you’re breaking up the skin of the mushroom. 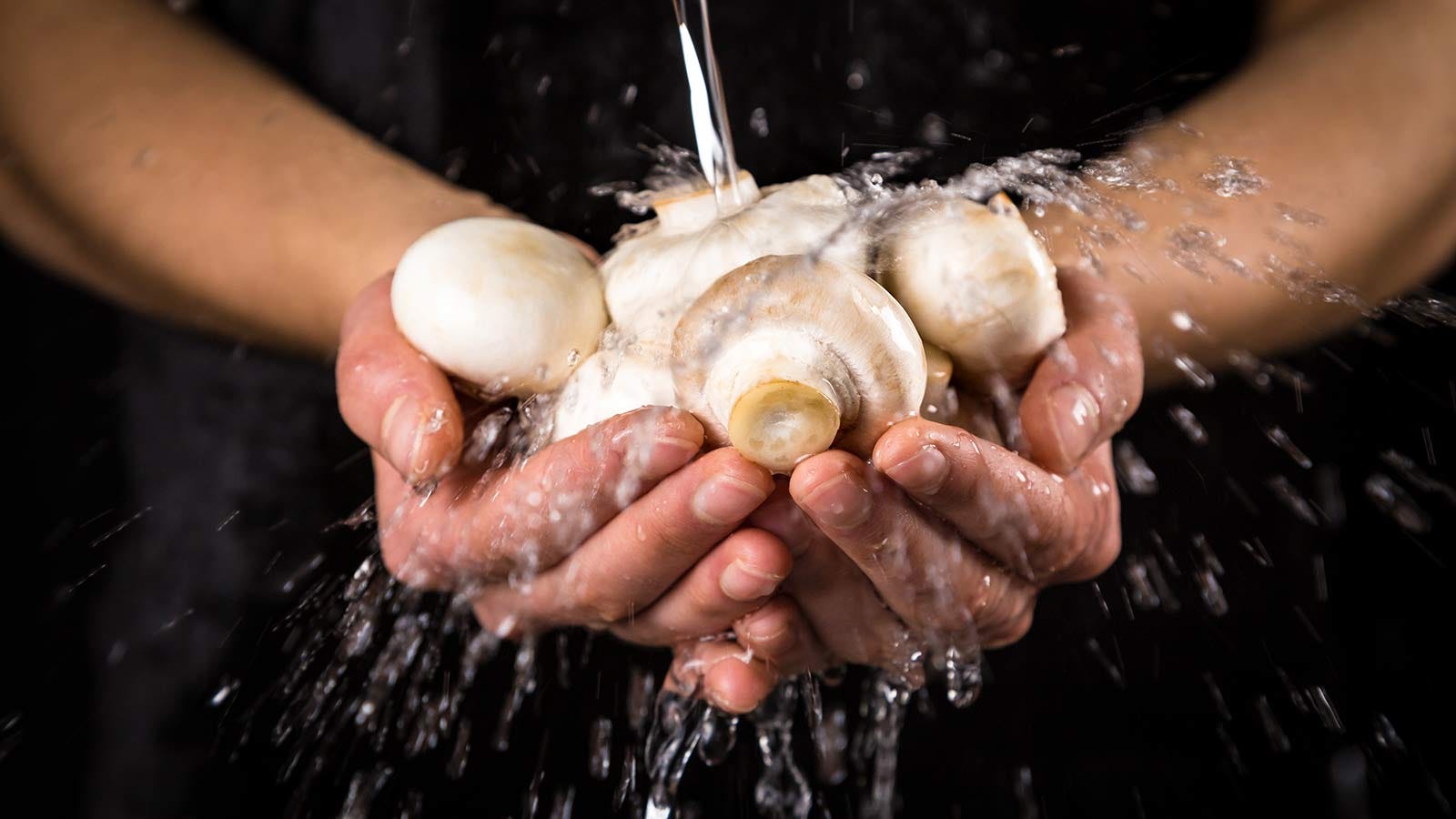