Dog lovers have likely heard that for every one human year, a dog ages seven. However, that might not be true. Fortunately, there’s a new way to figure out the age of your dog.

Researchers at the University of California San Diego School of Medicine have debunked the 1-7 ratio idea for calculating how old your pup is, and it’s because dogs don’t age the same way humans do. The new way to determine age is based on methyl groups, a compound of carbon and hydrogen in the body that helps comprise organic compounds. Sounds fancy and confusing, right? But the researchers break it down.

The scientists took blood from 105 Labrador retrievers and analyzed how those methyl groups shifted over time. Looking at the data, dogs appear to age quickly over the first six years, but once they hit year seven, the process begins to slow.

According to the research, a 1-year-old dog is actually much more comparable to a 30-year-old human. And when a dog is 4 years old, he’s actually more like 52 in human years than the 28 the 1-7 ratio gives you.

So, next time you’re wondering why your dog seems to only want to snooze, it might be because he’s more senior than you think. 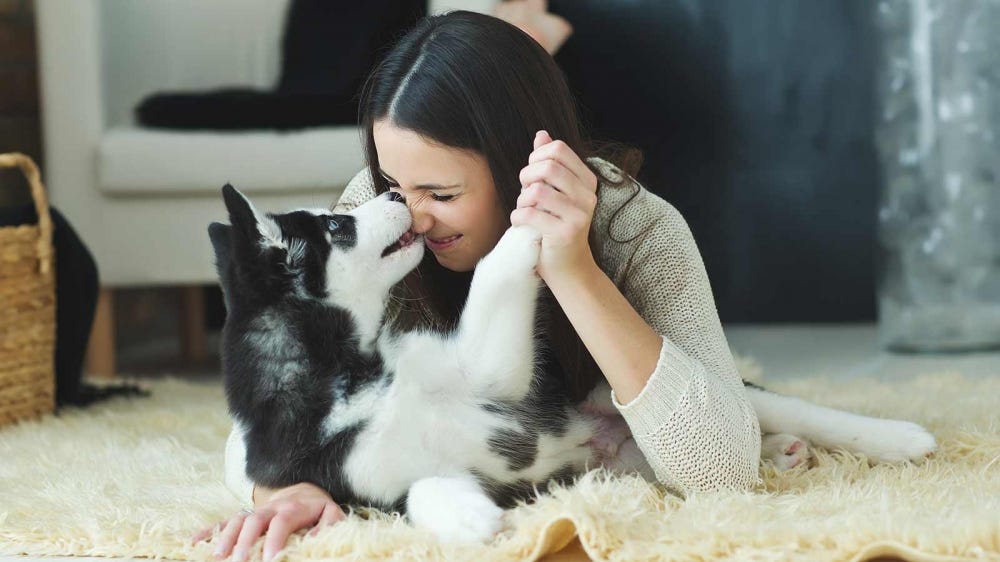