A new cocktail called Ranch Water is taking over the internet, but don’t worry. There’s no ranch dressing involved in this recipe.

The “it” cocktail of the moment is a tequila-based drink with only two other ingredients, and you’ve likely already seen it on social media. The mixed drink is thought to have originated in Texas, but it’s making its way across the United States—likely thanks to its simplicity. To create Ranch Water, you only need a tequila of your choosing, lime, and the sparkling mineral water Topo Chico. While you could always substitute another sparkling water, devotees of the cocktail and the sparkling water brand say that nothing compares to Topo Chico in terms of flavor and fizz.

As for exact recipes, they vary all over the internet. Some call for equal parts tequila and lime topped with Topo Chico. Others recommend 1 1/2 to 2 ounces of tequila, a few ounces of Topo Chico, and a lime garnish. Ultimately, there seems to be no definitive way to make the cocktail aside from the insistence that Topo Chico is the only suitable sparkling water choice. So, grab your favorite tequila, some Topo Chico, and make it your own. 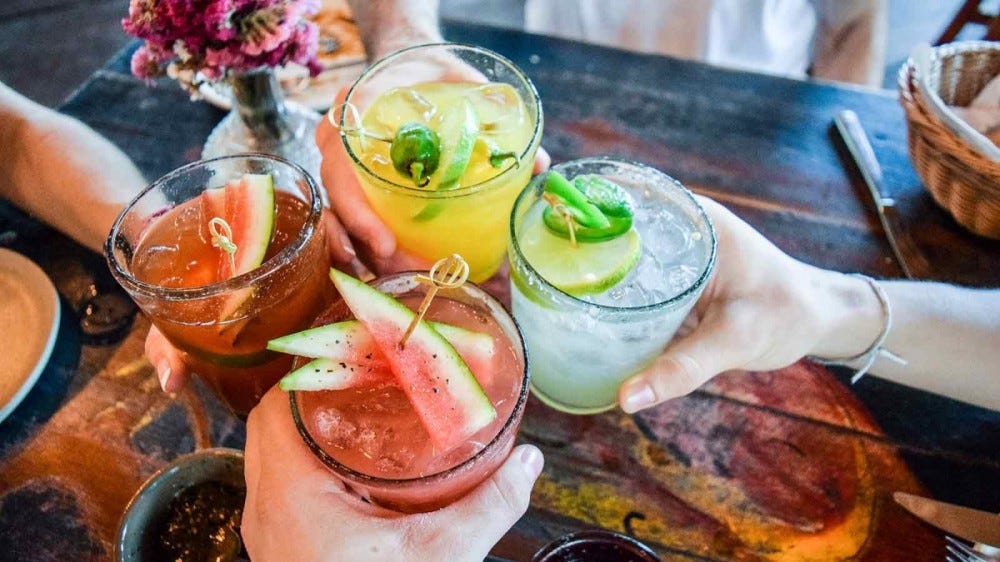