Ranch dressing is about as American as apple pie (and we guarantee someone has tried that combination). But why is America so obsessed with this creamy buttermilk-based dressing?

To understand this obsession, we have to head back in time to—you guessed it—an actual ranch. Let’s take a look at where ranch dressing came from, and how it became the most popular dressing in the U.S.

From Alaska to the Hidden Valley Ranch

If you’re one of the many who loves dipping just about anything savory (or sweet) in ranch dressing, you have Steve Henson to thank. The founder and creator of Hidden Valley Ranch, Henson is the reason Americans are totally and completed addicted to ranch.

Henson first created his version of the dressing while living in Alaska and cooking for coworkers. He eventually landed in California, where he and his wife purchased a 120-acre ranch, which they named Sweet Water.

After renaming it Hidden Valley and serving up his unique dressing to guests, people fell in love with the flavor. It even became a tradition for Henson to send guests home with a jar of his dressing, and word spread fast.

In just a few years, the dressing became so popular Henson left the dude ranch business and went into the ranch dressing business full time. Since 1992, when it dethroned Italian dressing, ranch has been the best-selling salad dressing in the U.S.

There are many food debates, and one you might want to steer clear of is the ranch-as-dip argument. There’s even a pizza restaurant in Dallas that charges a hefty $1,000 for a side of ranch. Although it’s a joke, it shows how strongly some people feel about dipping pizza in this creamy liquid gold.

You’ll also find articles jokingly explaining how dipping your pizza in ranch will “ruin” your life.

For Some, It’s a Way of Life

Hidden Valley Ranch has developed and produced well over 50 varieties of its dressing, including flavors like avocado ranch and bacon ranch. However, it’s the original that remains the favorite.

A restaurant called Twisted Ranch in St. Louis, Missouri proclaims that “nothing is un-ranch able.” It offers a full menu of dishes that all incorporate ranch seasoning or dressing. The eatery also prides itself on offering 33 varieties of fresh ranch dressing daily. If you’re a ranch-lover, you’ll want to visit this American treasure.

Also, if you’re a loyal Hidden Valley Ranch customer, you might want to check out some of the exclusive merch on the website. From lunch boxes to pool floats, you’re bound to find something you need if you’ve embraced the full ranch lifestyle.

What Exactly Is Ranch Dressing?

Now that we’ve cleared up exactly how ranch dressing became so popular in the U.S., we need to explain what it is.

Ranch dressing gets its unique flavor from many ingredients. Its creamy consistency comes from an emulsion of buttermilk and mayonnaise, while the seasoning consists of garlic (and onion) powder, salt, pepper, dill, and chives.

You can make any of the following ranch dressings at home, where no one can tell you what you can and can’t dip in it or drizzle it on:

Get the Recipe: Kim’s Cravings

Get the Recipe: Natasha’s Kitchen

If you sit firmly under the “Ranch-Lovers” category, you can definitely appreciate that you aren’t alone. Next time you’re craving a restaurant-worthy dressing, give one of these homemade recipes a try. You might just get hooked for life! 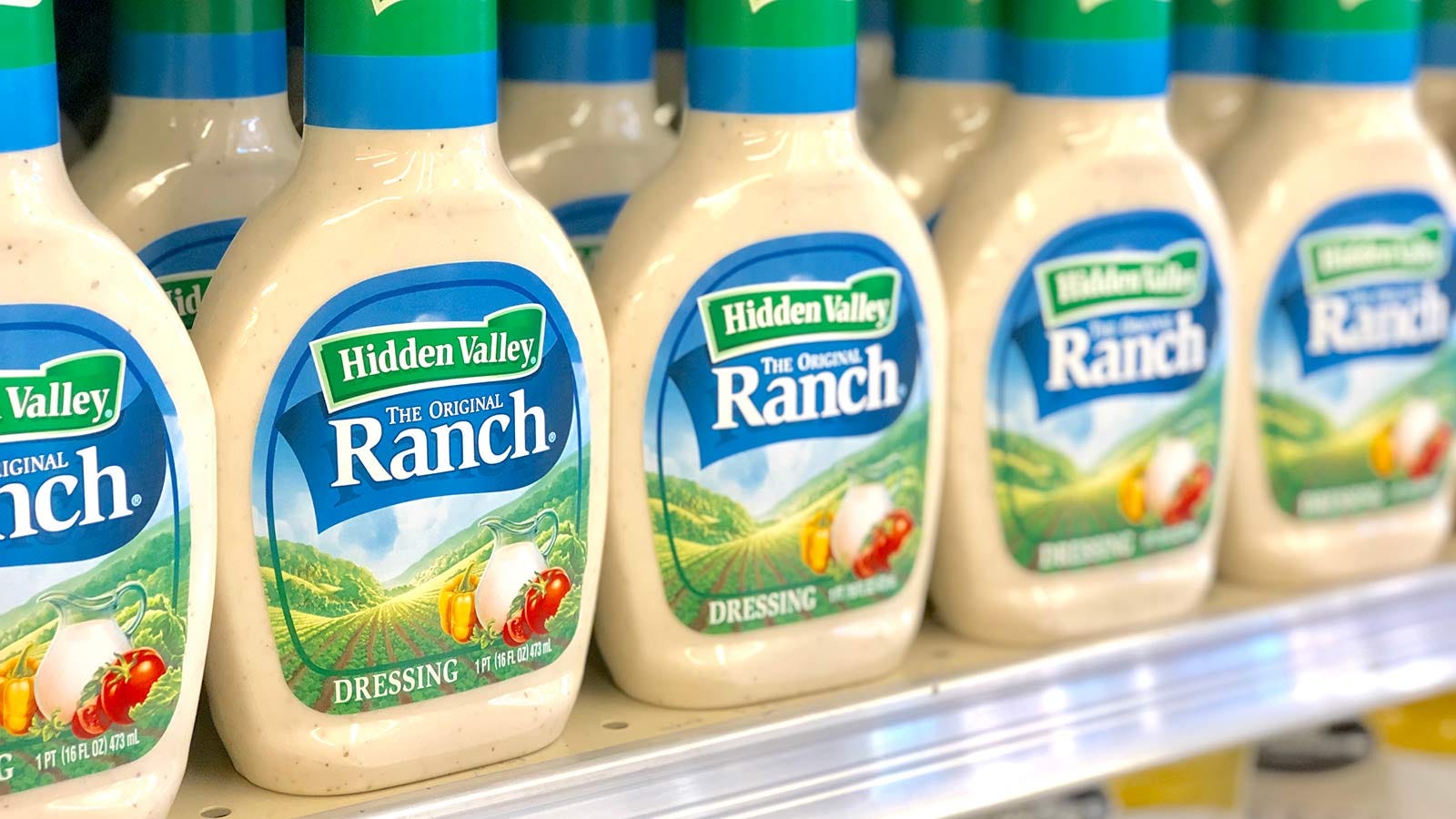