As a kid, your siblings could be your best friends or your worst enemies, depending on how many ice cream sandwiches were left in the freezer. Now as a parent, you’re watching or (more likely) listening to your kids argue and wondering whether the bickering is normal of or if it’s time to step in and take over.

Believe it or not, most of those sibling squabbles are helping your kids improve their social skills. According to Psychology Today, the disagreements between siblings teach them how to identify a problem, express their feelings, and learn to compromise.

It’s tempting to intervene if only to quiet things down. The trouble is that intervening (especially too early) can cause more problems.

Children fight for many different reasons, according to the Center for Parenting Education, and not all of them are about the specific problem your kids seem to be arguing over at the moment. Fighting can be a power struggle, a cry for attention, or even a break from boredom. Figuring out the real issue behind the argument can ensure you don’t inadvertently encourage bad behavior.

Most of the time you’re safe to let your kids settle their disagreements themselves. However, there will be instances when it’s apparent that they need your help. Listen for name-calling, physical violence (hitting, pushing, etc.), or even voices that become very raised or intense (more than just the usual yelling level of intensity). Sometimes your children will even come to you when they’re unable to settle a disagreement.

When it becomes apparent that your kids are not going to be able to resolve their argument peacefully, you can step in to help facilitate a happier resolution. Think of yourself as the mediator in the argument, not the fixer.  The idea is to help your kids learn how to resolve their problems.

It’s also important to note that when (and how) you intervene depends on the age of your kids. When your pre-school age kids squabble, you might want to intervene a bit sooner than you would when your teenage boys are fighting over the Xbox. Younger kids need more help in developing the skills to work these things out.

You can help facilitate learning moments by being prepared ahead of time. Here are a few tips to make navigating the sibling fight a little less painful:

One of the best things you can do to help your kids learn to settle arguments on their own is to show them how to fight productively. Be respectful and listen when arguing with another adult (or even one of the kids), don’t call anyone names (even if it might seem called for), and learn to compromise.

And when you and your partner begin an argument in front of the children, it’s important to let them see how you resolve that argument (as long as the context isn’t too sensitive and you and your partner argue respectfully). If your kids see the start of an argument, get shipped out of the room, and then magically everything’s better later, they won’t learn much.

If you’re not comfortable carrying on the argument in front of your kids, that’s fine! But do consider talking to them later about why the argument started and how you settled it.

You may have pictured your kids blissfully getting along every day or their childhood, but that’s not realistic. That doesn’t mean that your kids are unhappy or unhealthy because they bicker and fight though. As annoying as it is to hear the constant bickering, it’s good to know that they’re getting plenty of practice for that boardroom negotiation they’ll face 20 years from now! 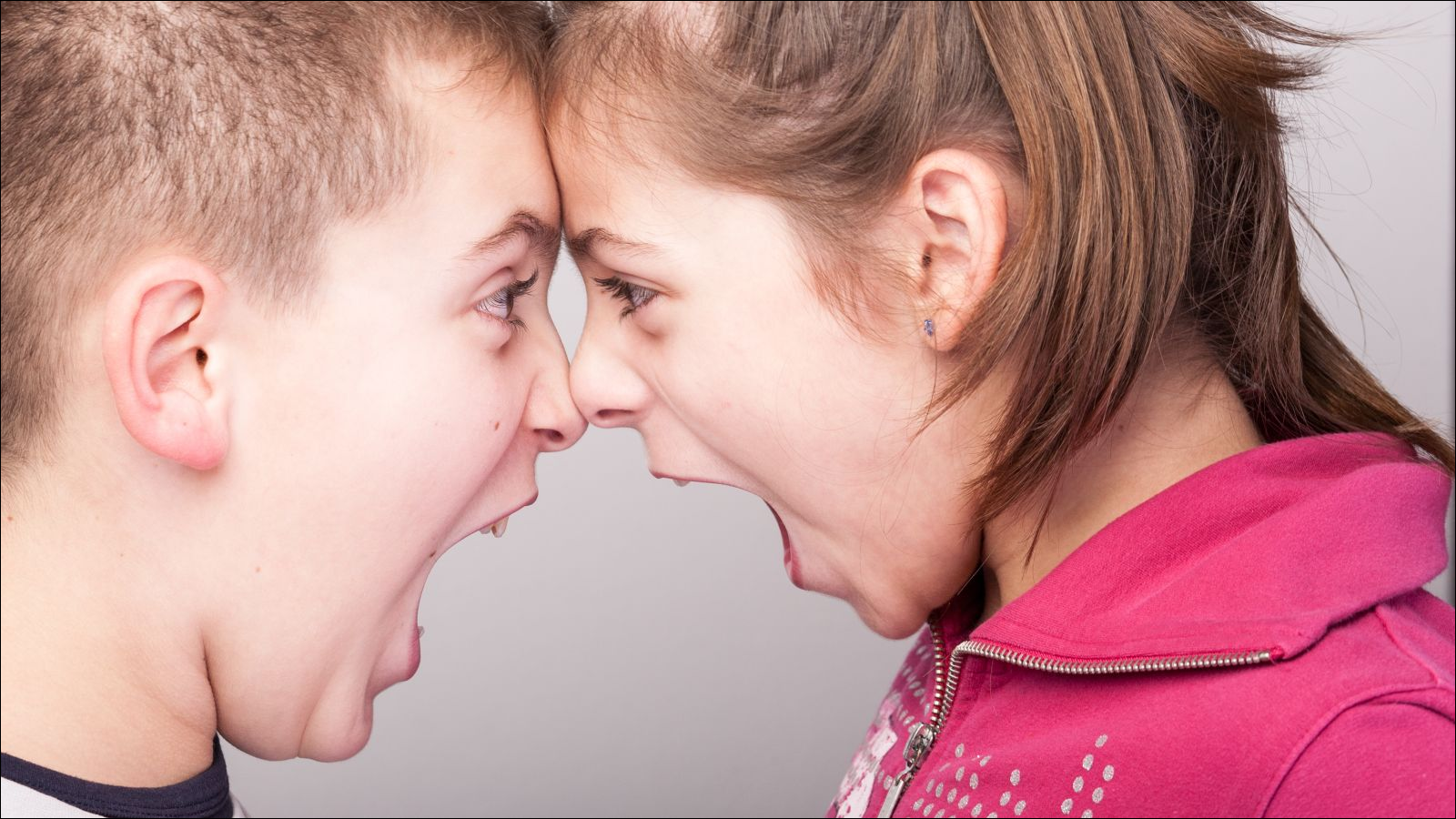