You want a flashback of the entire 2010s that’ll have you sitting there saying “Oh man! I forgot about that!” then this is it—an 11-minute video showing the top search trends of the last decade.

The rather brilliant visualization comes to us courtesy of V1 Analytics. They shared information about their methodology in the subreddit DataIsBeautiful, but you can jump right into enjoying the video without it.

We definitely recommend keeping your finger over the pause button because there’s bound to be numerous moments in the video where you want to study the trends that emerge.

Some random highlights from the video include:

Really though, it’s hard to pick highlights because the entire video is so fascinating. You might find it hard, like we did, to resist hitting up Google to find out exactly what was going on on a certain day that triggered waves of various search terms suddenly appearing and vanishing.

And in addition to the battle of news articles, viral videos, and pop stars, you’ll sometimes see absolutely fascinating patterns emerge. Pause the video at 7:59 and you’ll see this map:

By looking at the map on that day, August 25, 2017, you’re not just seeing that the country was interested in the solar eclipse—you’re actually seeing the pattern of eclipse visibility across the United States as people search for information about it. Here’s a NASA map showing the path of the total eclipse zone across the United States. It’s pretty neat how close the search pattern map aligns with the actual path.

While we can’t promise you’ll watch the video multiple times with the pause button at the ready like we did, we can promise that if you do the experience is really rewarding. 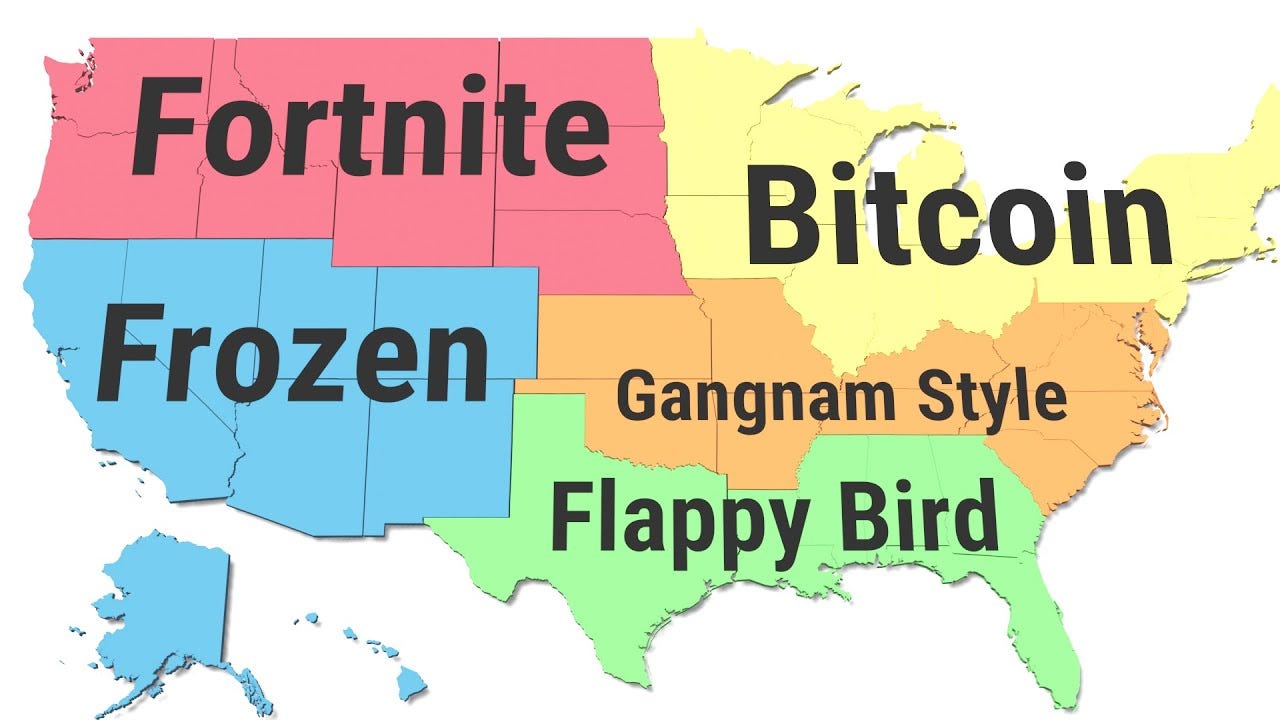