If you’ve ever watched Antiques Roadshow, you know that sometimes an odd knickknack left to collect dust can be worth a fortune. That’s exactly what happened in the case of a rare vase that ended up worth millions.

An elderly woman in Europe was the owner of a Quialong period Chinese vase made in the 1700s. Johan Bosch van Rosenthal, a Dutch art consultant who was hired by the woman, discovered the vase on her property. She inherited the vase from a relative who had, in turn, purchased it at an auction years ago for a mere $56.

The piece in question is made from porcelain and features a reticulated design that forms a sort of web in the center. Dragons on either side of the pearshaped piece forming handles and brightly colored florals decorate its top and bottom with jade along the top. Auction house Sotheby’s describes the vase as “culmination of centuries of ingenuity in Chinese crafts and carries with it China’s glorious past.” If you think that sounds like it’s worth a bit more than $56, you’d be right. The vase sold at auction for 70.4 million Hong Kong dollars (which is approximately 9 million U.S. dollars).

While the purchase price and the actual value is remarkable, what we find even more remarkable is such a delicate and lovely vase survived so many years in a house with pets. The woman reported that the vase had sat undisturbed for years despite her cats walking freely around it.

You can see more photos of the vase on the auction house’s website, as well as read all about the history and construction of it too. 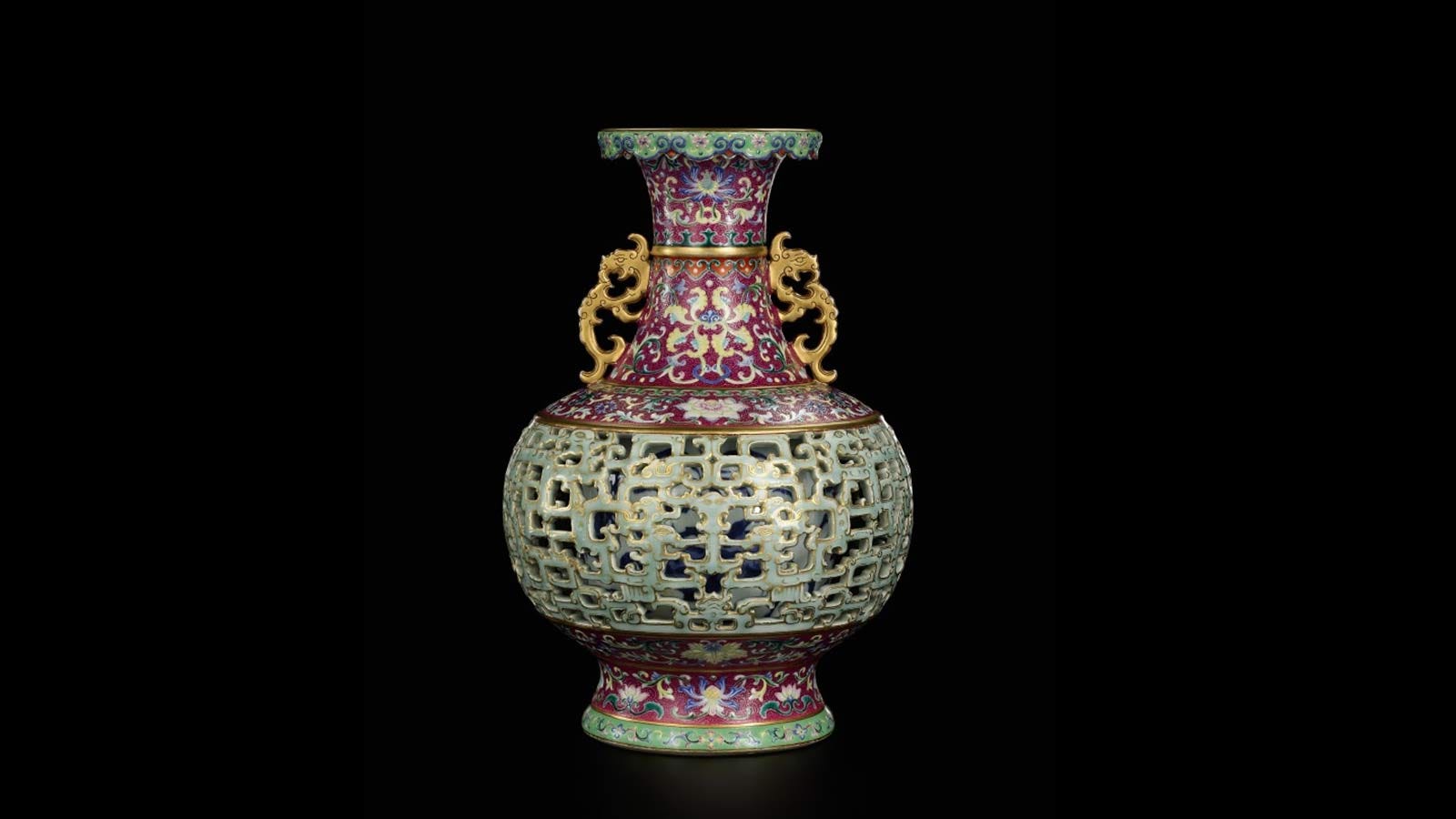