Some people just have a wealth of talents. This certainly seems to be true of Itsuo Kobayashi, a Japanese cook who draws all of his meals.

In addition to being a cook, Kobayashi’s drawings prove he’s quite the artist, as well. After working in food service since he was 18, he’s now retired due to some health issues. Now, he tackles food in a new way: by putting pen to paper.

In an interview with Atlas Obscura, the artist explained that he spends most of his day in bed, watching TV or sleeping. The one other thing he does every day is eat. His drawings are detailed, colorful representations of his meals that sometimes take him days to complete (he relies on receipts to remember what he’s eaten). The drawings also bring a new experience to his meals.

“When I draw katsudon, I can remember how good it tasted,” Kobayashi said. “Then there is a difference in how it tasted, because I drew it.”

His drawings have received much acclaim. A social worker who saw his work encouraged Kobayashi to exhibit it. He did, and now people the world over have seen how he captures the essence of Japanese cuisine.

You can see more of Kobayashi’s work over at Artnet News. 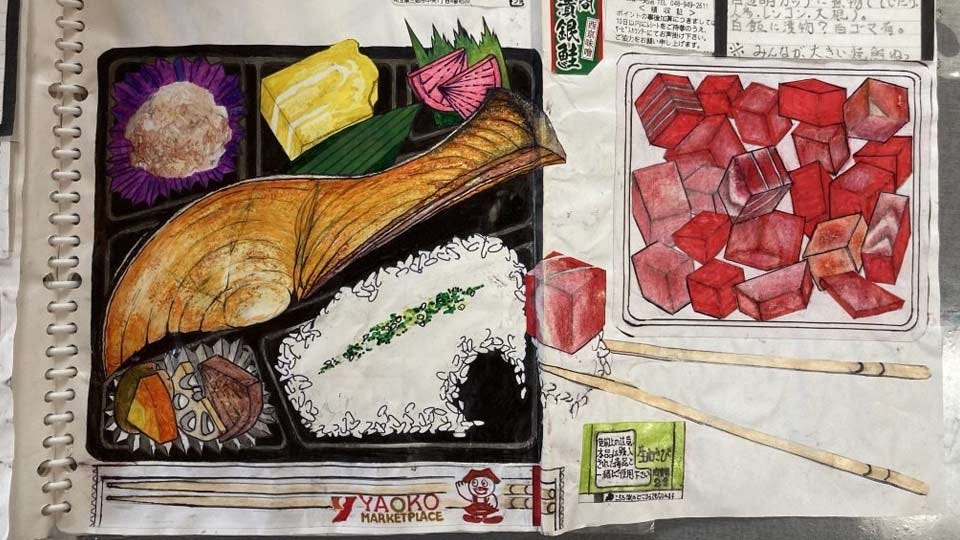