Tired of the old wine and cheese pairing routine? Mix it up by pairing good beers with tasty cheeses and enjoy a different take on the tradition.

If you really want to impress your friends or your date, it’s time to break out the pint and tulip glasses and throw an oh-so-hip beer and cheese party. Or just pair some great beer with delicious cheese for your next solo Netflix marathon. We won’t judge.

The basics of beer and cheese pairings are easy—here are a few pro tips to get you started.

Why Beer and Cheese?

For many years, beer was seen as low-brow and ignored by culinary experts, thanks to the proliferation of mass-produced, tasteless brews. But with the craft beer revival, beer has once more taken its place among sophisticated, interesting beverages that beg to be paired with food.

The reason beer and cheese work so well together is that it’s easy to complement salty flavors (cheese) with sweet ones (beer). This means beers like sours or Belgians, which tend to have more sweet notes, work better with most cheeses than hoppy brews like IPAs. At a loss for what to pair? No worries, we’re here to help.

Which Beers and Cheeses Should You Pair?

There are so many artisan beer and cheese options these days that you can find a way to pair just about anything. Keep in mind that you should always try to match the intensity of the flavors: a strong beer should go with a strong cheese (or complex with complex) so that both tastes will stand up to the comparison.

If you track down cheeses that are washed with beer, the work of pairing is effortless. Just pair them with the same beer, or style of beer, as the wash. (Beer-washed cheeses are also a great way to pay homage to the original beer and cheese innovators: monks.) However, you should also try some of these easy, fail-safe matches. No one will ever know you’re not really an expert.

Porter or Stout and Blue Cheese

Blue cheese and chocolate are a surprisingly delicious combination. You can mimic the tasty effect by picking a porter or stout with rich chocolaty notes to counter the earthy intensity of blue cheese.

Just as complex should go with complex, simple goes with simple when it comes to pairings. The simplicity (perhaps with a hint of hops) of pale ales pairs well with the creamy, simple taste of this ash-covered goat cheese.

Ever seen brie paired with jam or fruit on a cheese board? Brie’s creamy, buttery taste works well with those sweet notes, and you can replicate the effect by choosing a fruity beer to go with your brie. Craft breweries make an array of options, such as blueberry, apricot, and strawberry beers.

IPAs are hard to pair, but the sharp, intense notes of the hops can work well with sharp cheddar cheese. IPAs vary in intensity, so consider just how hoppy your pick is when selecting the cheese to match it.

Hefeweizens have delicate floral and citrus notes that match the lightness of many goat cheeses perfectly. The earthy flavors in the cheese will be set off nicely by the citrus in the beer, and neither will overpower the other.

Once you get started, you’ll probably find yourself experimenting to come up with creative new pairings of your own. If it tastes good, you can’t go wrong, so don’t hesitate to pick up a random assortment of beers and cheeses and see what works. Pretending that you’re a European monk studying beer and cheese production is optional (but highly recommended). 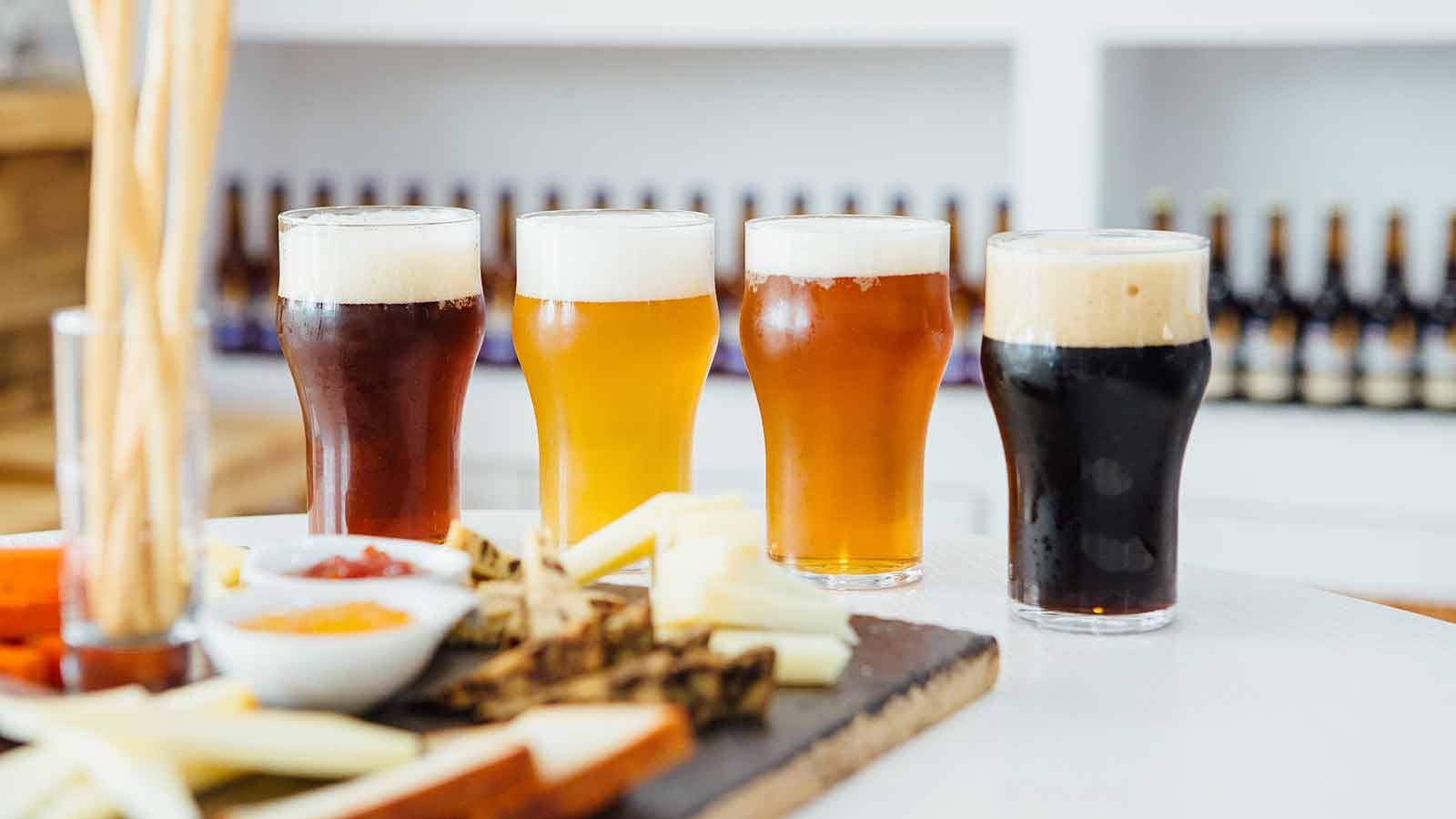