Toddlerhood is a challenging time for both your child and, to be sure, you. Here’s how to better understand and navigate this challenging period.

Many articles and books talk about “raising” a toddler, or “parenting” a toddler. They should all really be called, “How to survive living with a toddler.” Once kids hit the ages of two to three, something inside of them seems to come alive. While toddlerhood brings many joys with it—your little person is becoming, well, their own person—it also brings a lot of trials. Suddenly, trips to the store become a game of “please don’t let my kids start screaming because the cucumber looked at them the wrong way.”

If you’re wondering how to get through the days (or even years) where you feel like your angelic little tyke has been replaced with a character right out of a Stephen King novel, know that it’s possible and we’re here to help.

Understanding why your sweet baby has suddenly turned into a miniature Godzilla can help keep your head a little clearer when things get really tough. That doesn’t mean you won’t have some terrible days, but if you can keep your perspective most days, you’ll come out ahead.

The human brain develops from the simplest of skills to the most complex, but there’s a twist: we’re pretty good at understanding what we can’t do (but want to do) long before we’re able to do it. The first few years of life create the foundation for your child’s future skills. According to Harvard University, the human brain develops a million new neural connections every second during the first few years of development. As your child reaches the ages of two and three, they begin to develop more complicated emotional abilities (like guilt, shame, pride, and embarrassment). These emotions are new to them, and while their reactions to these emotions may seem extreme to you, their brains are just trying to figure out how to control this array of new feelings.

According to the Centers for Disease Control, by the age of two, toddlers are also beginning to become more independent. Developmental milestones that occur between the ages of two and three include:

While children are developing independence and new emotions, their reasoning skills are still progressing, so if they throw a fit when they can’t use their red sippy cup because it’s in the dishwasher, it’s likely an inability to understand that they can have their red sippy cup another time. On top of that, they often know what they want to do, but lack the autonomy, motor skills, verbal skills, (or all of the above) to make it happen. It’s no wonder they’re frustrated a lot.

How to Manage Frustration Levels

Now that you know the craziness has a purpose, how do you productively navigate the meltdowns and indecisiveness?

Plan for Extra Time: Add at least 10 minutes of breathing room to every task you need to get done with a toddler in tow. If you need to be to an appointment, provide plenty of time for your little one to protest the outfit they’re wearing, and to buckle their seatbelt on their own.

Give Them Choices: One trick that works surprisingly well is to narrow down their options. Instead of telling your tot it’s time for bed, try asking them a question instead. Like: “Which book should mommy start with for bedtime tonight, ‘Cat in the Hat,” or “Don’t Let the Pigeon Drive the Bus’”

This method lets them have a choice without messing up their routine, and it can nip the I-don’t-wanna-go-to-bed madness in the bud.

Extend this framework beyond just bedtime, though: choosing between A or B will help speed through many decisions with minimal frustration. Broad questions are hard for even adults to answer sometimes, but toddlers especially do better with binary questions like “Do you want to go to play in the park or go to the swimming pool?” types questions much easier.

Stick to a Routine: Toddlers need a routine. Almost everything in their live is new, challenging, and often overwhelming. As their emotional skills are developing, you can help prevent flareups by keeping to their schedule as much as possible. That means scheduling shopping trips around their nap time, serving lunch around the same time every day, and having a predictable bedtime schedule. Special occasions will call for a shift in the daily routine, but maintaining your routine as often as possible is helpful.

Play the Distraction Game: The toddler attention span is notorious for being short. Use this to your advantage. If they become frustrated by a toy or because they can’t do a specific activity, find something to draw their attention away from what they can’t have or can’t do.

Pick Your Battles: If your toddler wants to wear her princess dress and cowboy boots to the grocery store, is saying no really worth a meltdown? If your toddler has a request and it’s not something that’s unhealthy, unsafe, or inconvenient, you may want to decide if the issue is where you want to make your stand.

Be Consistent: Discipline is not fun. However, there may be occasions when you need to make sure your child understands the consequences. For example, running into the road (especially after you’ve asked them to stay next to you), hitting another child or climbing on something unsafe are things that may require a time-out. A decent rule of thumb is timeouts should be one minute for every year of their age. Be consistent in your application of discipline, so there are no mixed signals—you don’t want your toddler thinking that listening is optional.

Don’t Be Afraid to Ignore Them: Sometimes your toddler will throw a fit because they can and because they think it will get them attention. In these cases, make sure they are in a safe space, and let them do their thing. They may even fall asleep crying (high five for double nap times). Calmly let them know they can snuggle once they’ve calmed down.

Surviving toddlerhood should be an Olympic sport. There will be amazing days full of sweet kisses, picked flowers, and lots of smiles. However, you’ll have some low days where crying abounds, and your patience is stretched. For those days it’s best to have a stockpile of compassion and some chocolate hidden away! 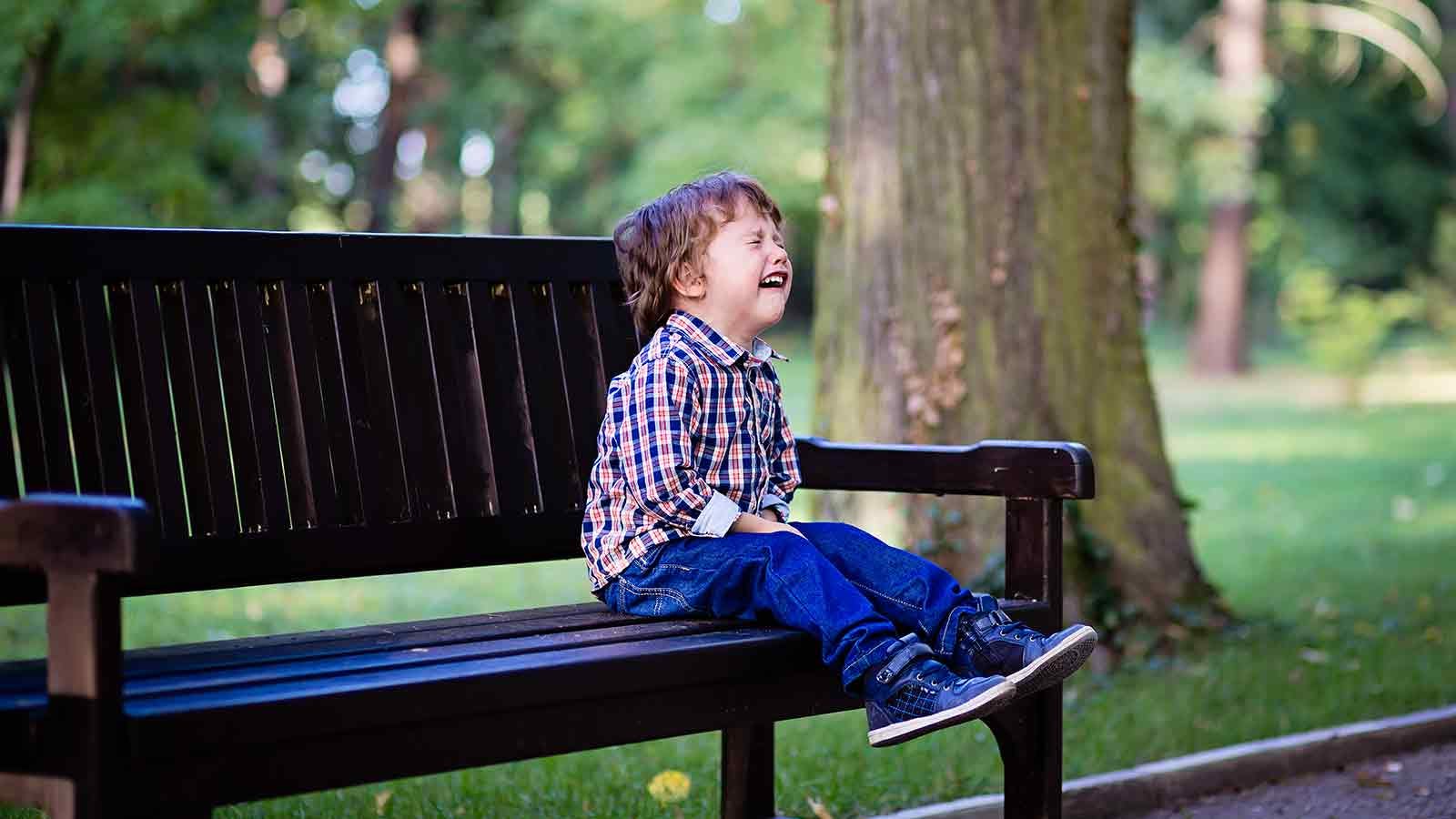