Whether you’re a collector, or you’re just too busy with work and chasing kids around, keeping your house clean can be a real challenge. Even when it’s clean, it might look cluttered if you own a lot of stuff. These shows can help you get your decluttering mojo back.

As a descendant of a long line of hoarders, I know just how stressful clutter can be when it overruns your home. I’ve found that watching TV shows about hoarders and people with cluttered homes provides some excellent motivation to clean my own.

Because some of these shows can be graphic or disturbing, we’ll start you off with some lighter fare. The idea is to motivate you to clean, not scare you so bad you can’t look under that pile of clothes!

Tidying Up with Marie Kondo

A recent phenomenon in the clean home TV show category is Tidying Up with Marie Kondo. While people aren’t talking about the KonMari Method as much as they were a year ago, there are still plenty of folks implementing the things they’ve learned from it.

On Tidying Up, homeowners learn how to choose what to keep and what to let go of, by reflecting on whether each item brings them joy. The basic idea is that a happy, clutter-free home comes from filling your place with stuff that makes you joyful, while also adopting a more minimalist lifestyle.

When I first watched the show, I pulled everything out of my closet and dresser drawers and tried it all on to see what gave me joy. I ended up gutting two-trash-bags worth of clothes—that’s how good this show is.

You can watch the one season of Tidying Up on Netflix.

If you feel like your home is a mess, and you want it to look clean, Clean House is the show for you. It aired for 10 seasons, and, for a long time, actress and comedian Niecy Nash was the host.

Probably best known for her role on Reno 911!, Nash brought fun and quirkiness to Clean House and made the show motivating and easy to watch. Nash goes to people’s homes and helps them get rid of stuff they no longer needed.

They also sometimes renovate the rooms they clean out, leaving the homeowners with something to be proud of. My favorite part is they sell the stuff they decide to get rid of, and then use that money (the amount of which is matched by the show) to redo their home.

If you’re tired of the clutter, you can watch Clean House to get some cleaning and redesigning inspiration. It’s available on numerous streaming networks, including USA, Oxygen, NBC, and SYFY.

Clean Sweep only aired for two seasons, but it helped people learn to let go of clutter. In this show, the homeowners are encouraged to go through all of their belongings. They then separate them into three piles: stuff to keep, stuff to sell, and stuff to toss. Of course, people often put everything in the keep pile, and then drama ensues.

Like Clean House, once everything’s sorted and gone, the show remodels those rooms and places the “kept” items back in the home. The homeowners are always surprised and delighted by their new, clean home.

Unfortunately, this show kind of fell down an early ’00s rabbit hole. TLC doesn’t stream episodes on its website, nor is it licensed anywhere. You can’t even get it on DVD.

Fortunately, a bunch of people have uploaded some of the more popular episodes to YouTube, so you can search for it there.

Hoarders first aired on A&E in 2009, and I know I’m not the only person who uses this show as motivation to clean and purge stuff that no longer serves a purpose.

While the shows covered above mostly feature people with a tendency toward clutter or some borderline hoarding behaviors, Hoarders deals with people who have a serious life-impacting problem with it.

The causes of hoarding still aren’t completely understood. However, people with a predisposition to this behavior are typically triggered by stressful things. Growing up in poverty, a history of abusive relationships, or a death in the family are all examples.

The tone of this show is very different from the more lighthearted, sanitized approach to clutter and cleaning you’ll find in the previous recommendations. The homes visited here are much filthier and often include upsetting content, like rotting food, maggots, and even dead animals. This show definitely provides a “scared straight” approach to dealing with your clutter.

In each episode, the team visits different homes, looks at the hoards, and tries to help the homeowner save their home, avoid fines, or both. The show most often steps in after the city gives the hoarder notice of eviction or fines.

They’re usually given a deadline by which they have to clean up the mess. This definitely turns up the tension in the show and provides a dramatic arc as everyone races to bail out the home.

Sometimes, the show successfully helps people, but other times, people are just in too deep and refuse to let anything go. Watching it will absolutely make you want to get rid of stuff.

You can stream Hoarders on Netflix, Hulu, or Amazon Prime.

If Hoarders isn’t enough, you can watch even more on Hoarding: Buried Alive. Launched by TLC in 2010, Buried Alive ran for five seasons, and it’s essentially a continuation of Hoarders.

One area in which the shows do differ is trying to understanding the psychology of the hoarder. While this element isn’t ignored completely in the first series, there’s a much greater emphasis on it in Buried Alive, and less on the drama of bailing out the house.

This show will likely not only motivate you to clean up your stuff, but also to reevaluate your relationship with it.

You can stream Hoarding: Buried Alive on Amazon Prime.

If your house is an uncontrollable mess, and you’re just not motivated to clean it up, check out a few of these shows. Even if you’re not a hoarder or a collector, you’ll probably be itching to clean your place after just a few episodes! 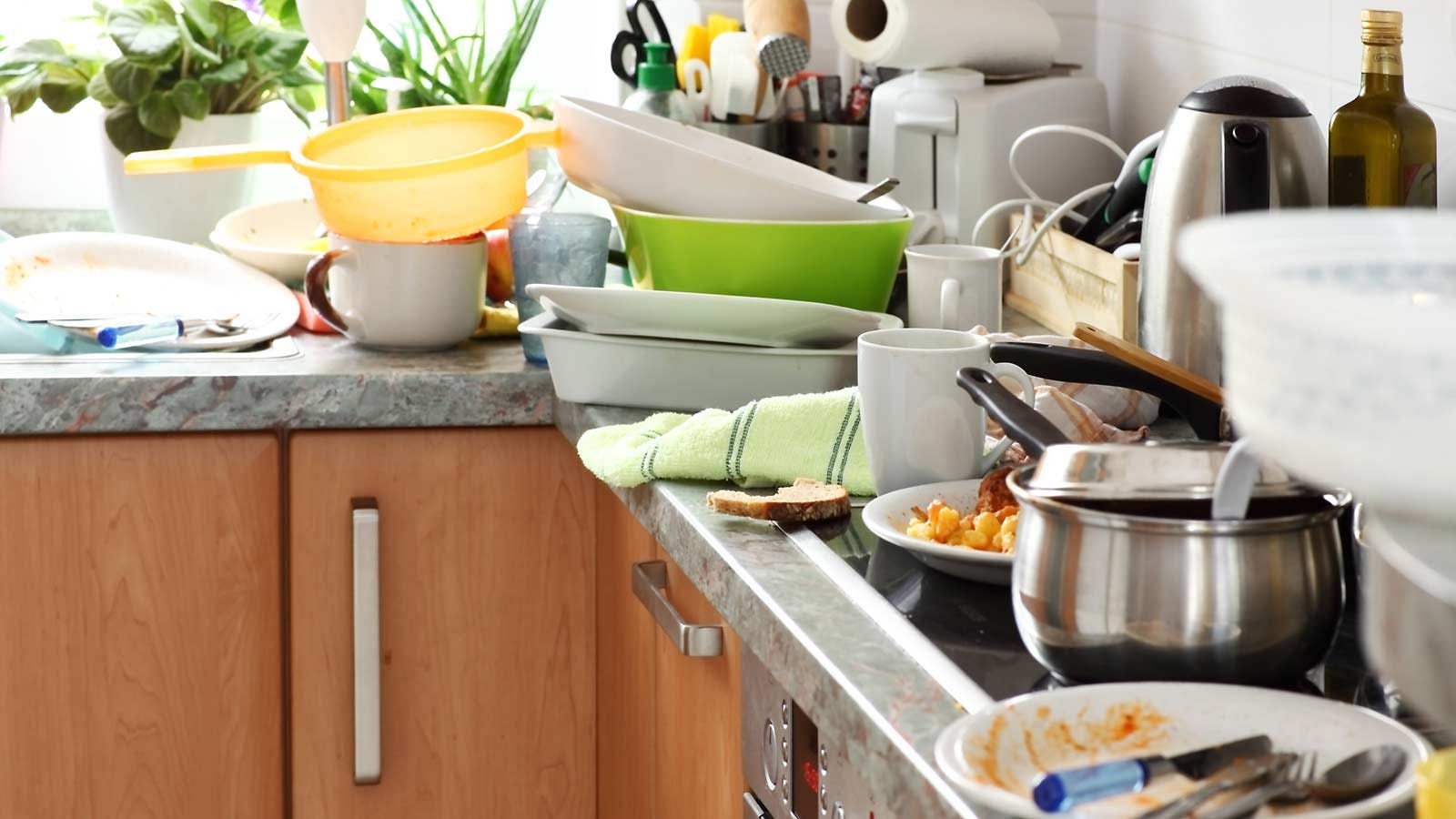