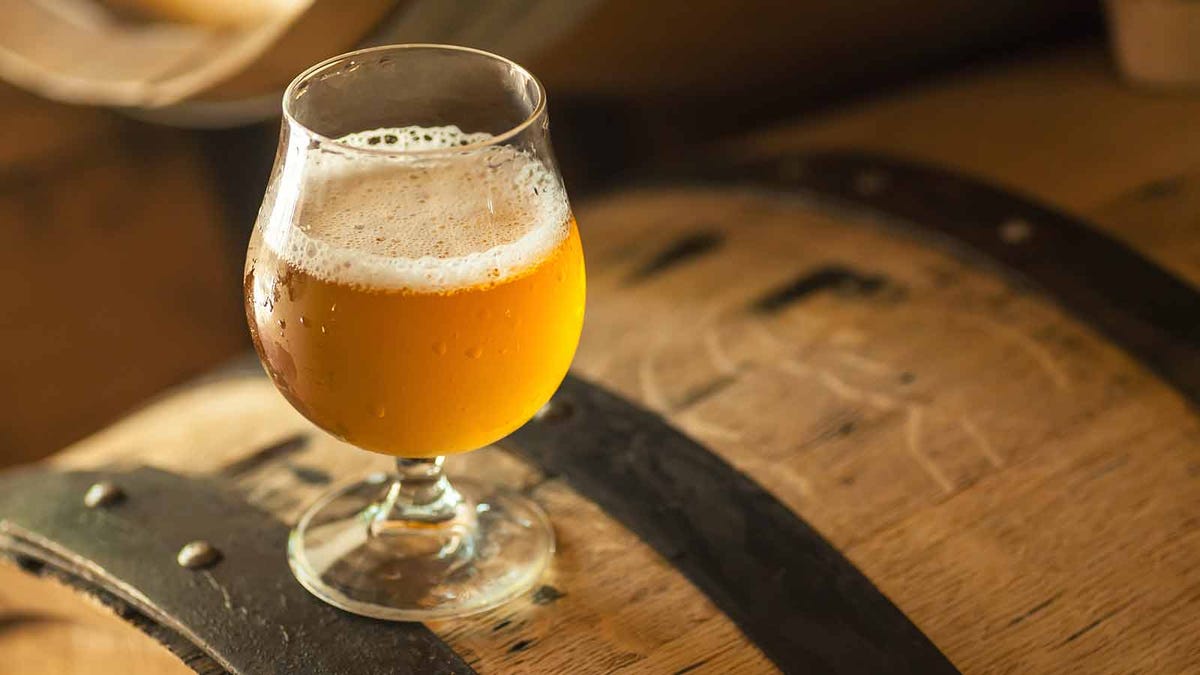 Craft beers and home brewing have never been more popular. It’s an easy hobby to start. Here’s how to do it.

While home brewing might sound like it takes a lot of work, in reality, all you need is a weekend and a little bit of space to get started. As it’s become a more popular hobby, the whole process has gotten much easier. Now anyone can do it. If beer is something you’re interested in, there’s no reason not to try your hand at making your own.

You’re almost certainly familiar with beer, the world’s most popular alcoholic beverage, but if you’re planning on making your own, it’s worth going a little deeper. Beer is an alcohol made by the fermentation of grains. Most beers are made with malted barley, although wheat, maize, and rice can be used.

To brew most beers, the malted barley or “malt” is heated with water in a process called “mashing.” It breaks the starches in the malt down into simple sugars. The sweet liquid is called “wort.”

Next, the wort is boiled, and hops are added to provide flavor, bitterness, and aromas.

After boiling, the wort is quickly cooled, and yeast is added. The yeast “ferments” the wort, converting the sugars into alcohol and carbon dioxide—the two most important parts of beer. After a week or two, the yeast begins to run out of sugars and start to slow down or die. Now the liquid is beer, although a very young one.

The final step is aging. The beer is let sit for anywhere from a few days to a few weeks. Once it’s aged, it’s ready to drink.

Why Brew Your Own Beer?

The main reason to brew your own beer is simple: because it’s fun. You get to be hands-on for the whole process and at the end, have a tasty beer to drink. The things you make yourself always taste best.

It’s also a great way to get a deeper understanding of beers in general. Once you’ve gone through the process yourself, you’ll appreciate what’s been done to every bottle of beer on the supermarket shelves—and know what the different ingredients will mean for the flavors.

Another advantage of home brewing is that it can save you money. While you’ll never be able to undercut the price of a six-pack of Budweiser by brewing your own lager, you’ll be able to make stouts, porters, IPAs, and other more interesting beers for cheaper than you can buy equivalent craft beers in the shops.

And of course, by making your own beer, you’re able to fine-tune everything to your taste. Love pale ales? You can experiment and make one that’s bespoke to your palate. If it’s a chocolate stout you’re after, you get to pick the chocolate. You can’t beat that level of control.

There are two main methods for brewing beer: extract brewing and all-grain brewing. In extract brewing, you start with a malt extract rather than malted barley grains. It saves you the work of extracting the starch from the grain, which makes the whole process easier and requires less equipment. You just have to add the hops and yeast. It’s easy to buy extract kits like this one that come with everything you need to make your beer, so it’s a great way to get started. The downside is that since you’re using an extract, you have a lot less control over the flavor. Malt extracts can also be quite expensive.

In all-grain brewing, you start with malted barley and make your wort from it. The process is more involved, and there’s a lot more room for error. The upside is you have a lot more creative control. Like with extract brewing, you can buy all-grain starter kits that have everything you need.

If it’s your first time brewing your own beer or you want guaranteed, easily repeatable results, it’s a good idea to start with an extract. On the other hand, if you’re up for a bit more risk and, potentially, reward, go all-grain. The best thing to do is head into a local homebrew supplier and chat with the staff. They’ll guide you to the right kit for you.

How to Brew Your Own Beer

Alright, you understand what beer is, and it’s time to start brewing. Let’s look at a super general overview of the whole process. When you’re brewing your beer, make sure to follow the exact steps in the beer recipe. They probably won’t diverge too much from this, but don’t take the chance.

Step One: Gather Your Equipment

If you buy a kit, it will likely come with most of the equipment you need to start brewing your beer. The rest should be pretty standard household items. In general, you need:

Cleanliness is next to godliness when it comes to brewing your beer. If your equipment has any microbes on it, they’ll interfere with your brew and turn it into worthless swill. Before starting, it’s essential to give anything that will come in contact with your beer a thorough clean. You can either run it all through a dishwasher or use a dedicated brewing cleanser from a homebrew store.

Heat the malted grains in your big pot with distilled water and let them steep. This extracts the starches and converts them to sugars. Now you’ve got your wort. If you’re doing an extract brew, you may skip this step.

Before the wort can be fermented, it needs to be boiled to sanitize the beer. This is the stage where you add flavorings like hops. You usually boil the wort for about an hour. As soon as the time is up, rapidly cool it by placing the pot in an ice bath.

Transfer the wort to your fermenting vessel and add the yeast. Seal the container and insert the airlock to allow carbon dioxide to escape. Leave your beer to ferment for a week or two somewhere there’s a stable temperature.

Once fermentation is complete, it’s time to bottle your beer. Transfer it to the bottling vessel and fill your bottles from it. Be careful not to let sediment get into any of the bottles. You might have to add priming sugars to your bottled beers at this point.

Leave your beer to sit somewhere to age for a couple of weeks. After that, it’s good to drink and enjoy.

Once you’ve got one strong brew under your belt, it’s time to go and do it all again. You’ll likely make mistakes and learn a lot the first few times you make beer at home so don’t be put off. You’ll get better each time—and that’s when you can really start to experiment. 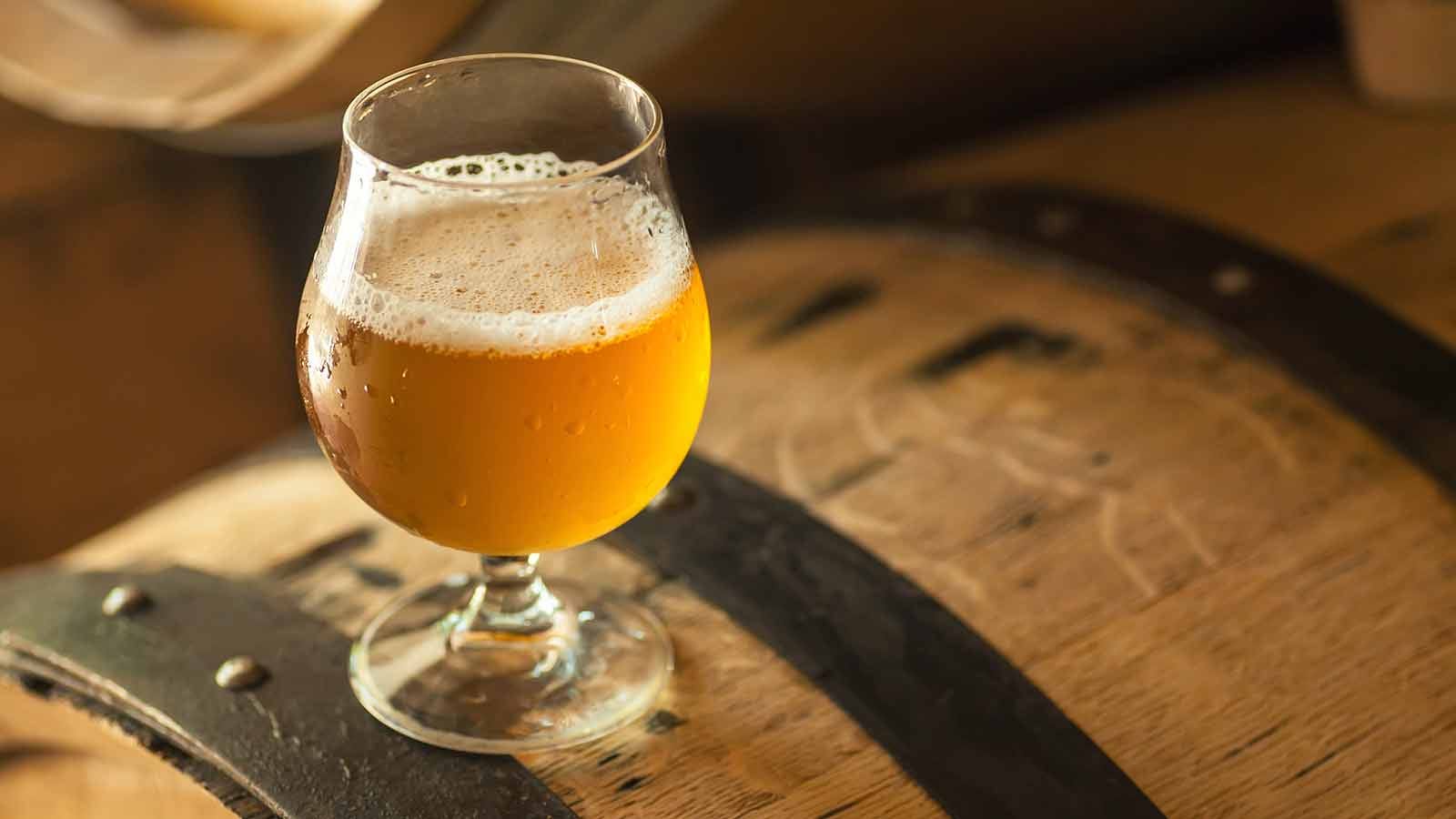