From space flicks to fantasy films, the 1980s have a lot to offer when it comes to kid-friendly entertainment that’s withstood the test of time. Whether you’re in the mood to watch a group of teenagers accidentally go to space, or a classic trilogy about an archeologist-turned-adventurer, this decade had something for everyone.

SpaceCamp stars a very young Joaquin Phoenix (back then, he went by Leaf), Kelly Preston, Lea Thompson, Tate Donovan, and Larry B. Scott as students attending NASA’s SpaceCamp. After a mishap, the kids are launched into space with one of their counselors.

Sort of like the teen version of Gravity, this one’s intense. Some of the edge-of-your-seat drama will have you holding your breath.

SpaceCamp isn’t currently available to stream, but you can buy it on DVD or Blu-ray.

The Goonies is an excellent adventure movie with pirates, treasure, and a frightening monster, who isn’t scary at all once you get to know him. The “Goonies” are a group of kids (Sean Astin, Corey Feldman, and Josh Brolin, to name a few) who live in the Goon Docks in Astoria, Oregon.

Again, there are some scary scenes and some pretty angry people in this one, so it might not suitable for really little children. However, it’s a fun adventure film for teens and preteens—and you’ll probably enjoy watching it again, too!

You can stream The Goonies on Amazon Prime or VUDU.

Have you heard about the babe with the power? Labyrinth is the perfect opportunity to introduce your kids to the amazing talents of David Bowie.

There are some fascinating creatures in the movie, but children who are prone to nightmares might get a little frightened. The amazing puppetry, the lesson about appreciating your siblings, and the beauty and talents of Bowie, are just a few reasons to watch this film.

You can stream Labyrinth on Amazon Prime or VUDU.

Alien abduction, spaceships, and the adventures of a 12-year-old are the premise of this flick. There’s a lot of excitement and danger in Flight of the Navigator, but it’s a Disney movie, so it stays pretty tame.

Your kids will enjoy the alien creatures and the funny spaceship computer as the preteen navigator travels forward and backward in time.

You can stream Flight of the Navigator on Disney Plus.

Willow stars Val Kilmer and Warwick Davis, who band together with some other misfits and try to save a baby from an evil queen (like every Disney princess movie ever).

You can stream Willow on Disney Plus.

While there might be some humor only adults or teens will get, The Princess Bride is still a fun adventure tale for kids of all ages. You’ll find this classic tale of true love, friendship, revenge, and beating the odds in many a movie buff’s collection.

And in true fairy-tale style, it has a happy ending.

You can stream The Princess Bride on Disney Plus or Amazon Prime.

The Dark Crystal is an excellent dark fantasy from the mind of Jim Hensen that’s still kid-friendly. The Skeksis have been known to give some children nightmares, though. After all, giant evil bird-creatures that roost in a creepy lair are, in fact, nightmare fuel.

Like most fantasy stories, there’s a prophecy that needs to be fulfilled. Here, a lone gelfling (adorable elf-like creatures) bears the weight of the prophecy, but gets help from an unexpected ally.

You can rent The Dark Crystal on Amazon Prime and VUDU.

Wildly popular in the ’80s, The NeverEnding Story remains a classic childhood film. Bastian (Barret Oliver) is given a mysterious book by the owner of a used bookstore. We follow the story through him as he reads about Atreyu (Noah Hathaway), a young warrior on a quest to save the fantasy world in which he lives.

Despite some of the cute, more lighthearted elements (Falkor the Luck Dragon), there are also some scares and intensely emotional scenes (Artax, anyone?).

You can watch The Neverending Story on Netflix.

Each movie is packed with adventure, but there are also some snakes, tombs, and the occasional monkey’s brain. But, as always, Harrison Ford makes being a hero look easy.

You can stream Raiders of the Lost Ark on Netflix.

A fantasy flick without puppets or monsters, Big is a fun romp that teaches children why they shouldn’t be in a rush to grow up. When he encounters a Zoltar fortune-telling machine, Josh Baskin (David Moscow) wishes he was big. The machine says his wish is granted, but then Josh discovers it’s unplugged.

Creeped out, he goes home, but then wakes up to discover something even more frightening: he’s an adult (and looks like Tom Hanks). It’s a joy to watch as Josh struggles and succeeds as a grown-up on the outside and a kid on the inside.

You can stream Big on Amazon Prime.

Adventure awaits! Grab a big bowl of popcorn and revisit these childhood greats from the ’80s with your kids this weekend. 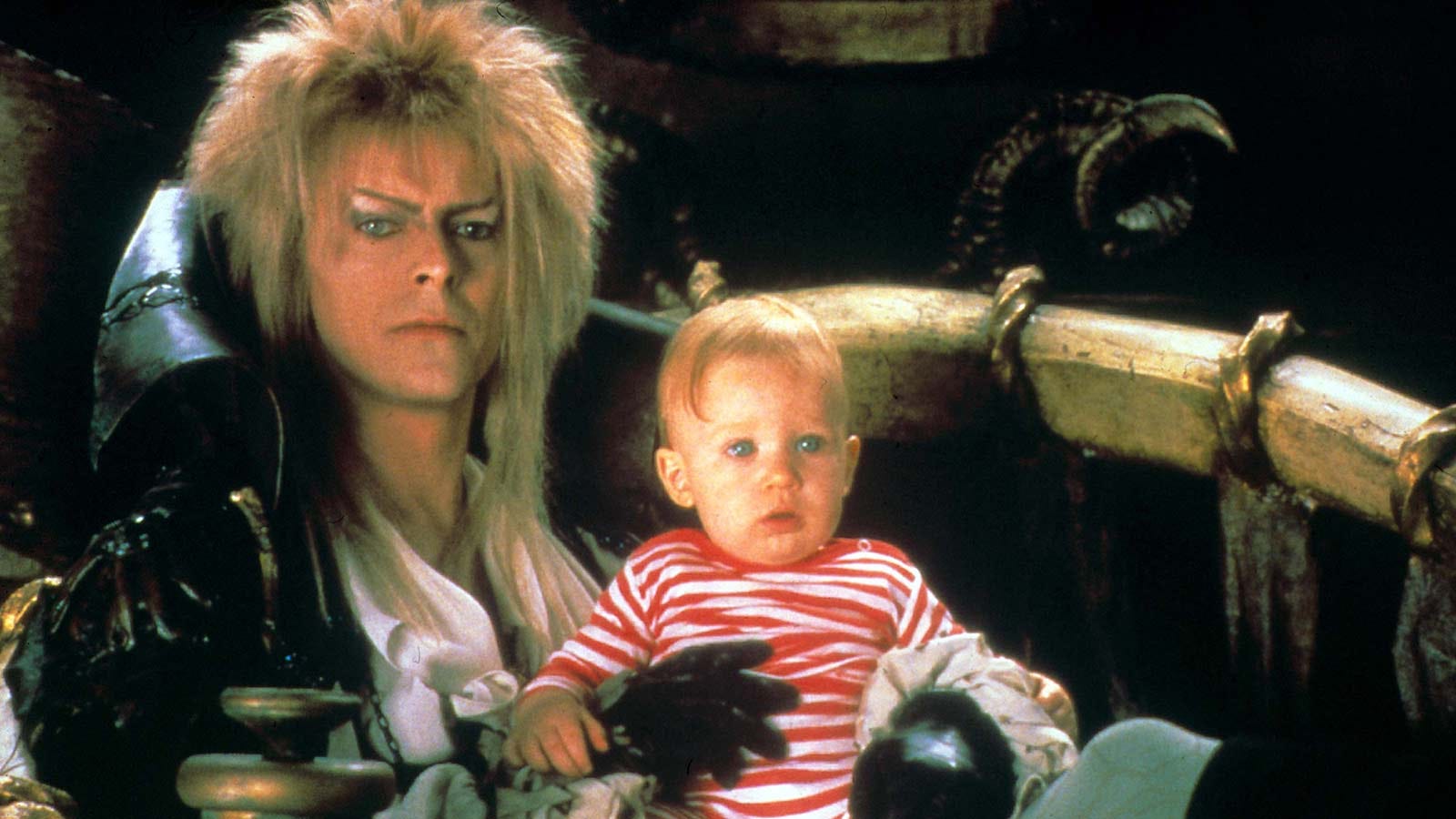