No, it’s not September yet. In fact, it’s likely 80 degrees or warmer wherever you live in the States, but that can’t stop Pumpkin Spice Hard Seltzer from hitting the shelves.

Regional brewing brand, VIVE, is introducing the latest iteration of pumpkin spice in its new hard seltzer. The flavor features cinnamon and pumpkin notes in a fizzy, alcoholic form, and it launches in September.

You’ll be able to snag the new fall-themed drink at Kroger stores in Ohio, Tennessee, and Kentucky for $9.99 per six-pack.

Regarding the decision to create the flavor and seltzer pairing, Jake Rouse, co-founder and CEO of Braxton Brewing Company (VIVE’s parent company), said in a press release:

“There are few other products where a flavor profile and a customer base align so directly, that we wanted to be sure that we nailed the flavor. VIVE Pumpkin Spice is likely going to be laughed at initially, but when you try it, you’ll quickly understand why we’re thrilled to launch!”

If you don’t live in a region where VIVE is available, don’t worry! There’s plenty of pumpkin spice to go around, and brands are already moving to get it to customers. From Pepperidge Farm’s pumpkin spice Milano cookies to Starbucks’ new grocery items, pumpkin spice is here, whether you’re ready or not. 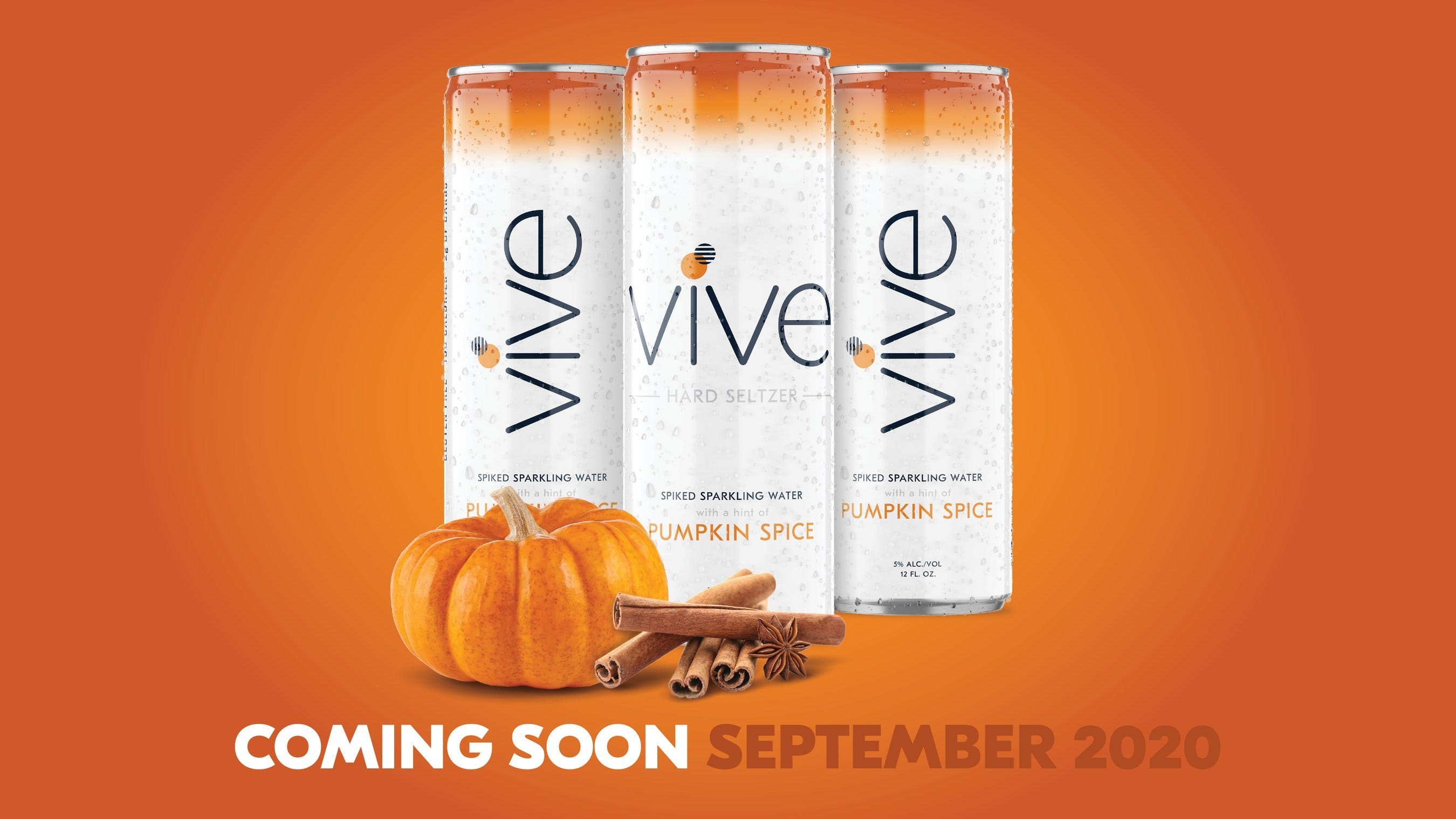