During quarantine, some people went wild baking sourdough, while others decluttered their homes. But some folks turned their entire apartment into a giant domino run.

Lily Hevesh is a professional domino artist known for her collaborations with brands ranging from Disney to The Tonight Show Starring Jimmy Fallon. Recently, though, rather than crafting a giant project for a particular partner, she set out to build her largest run yet, just for the thrill and challenge of it.

The result of her 82-day quarantine project was the staggeringly complex domino knockdown shown in the video below.

Once we got over how cool the setup was—especially that amazing felt-like-it-was-animated spiral collapse at the end—we were left with one pressing question. It wasn’t, “Does Lily have a cat?” because, clearly, one who chooses the path of dominos must forgo a feline.

No, the pressing question was, “How is her apartment building so well-built that no dominos toppled in 82 days?” We have to assume it’s like a bomb shelter if all those intricate structures stood strong for nearly three months.

If you’re curious what setting up such a monster domino run looked like, you can check out a time-lapse video of the building process. While you’re at it, check out the rest of her channel for more domino hijinks. 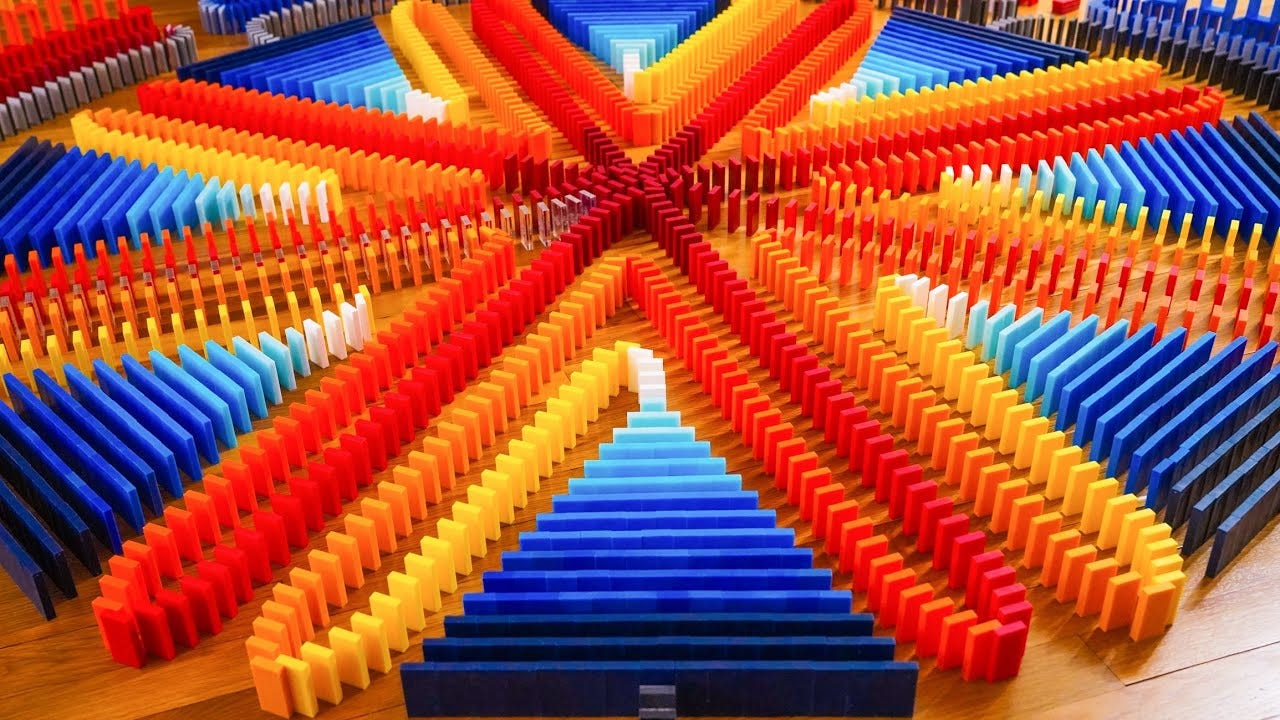