If you’re tired of carving basic jack-o-lantern faces every autumn, this is the perfect time to hone your pumpkin cutting skills with some new ideas. Some of these tutorials aren’t exactly for beginners, but they’re fun to watch regardless.

For the folks following along at home, you’ll definitely want to skip the cheap carving tools and get a sturdy pumpkin carving set to help make clean and intricate cuts and designs.

Why carve a basic cat when you can turn your pumpkin into the head of the Cheshire Cat from Alice in Wonderland. The artist on this one makes it look easy, but those teeth look like they could snap off if you’re not careful while carving the eyes.

If you’re not into roasted pumpkin seeds, why spill your gourds guts when you can carve it with the insides intact. These cool skull carving won’t become a jack-o-lantern, but it would still make a spooky-cool centerpiece on the dining table.

If you prefer the usual jack-o-lantern faces, but you want to make it them a little spookier, these three guys are sure to scare the trick-or-treaters. The one with the stem for a nose almost looks like a mad clown—add a rainbow curly clown wig and a red ball nose, and he’ll be extra frightening.

Speaking of scary clowns, what better way to celebrate Halloween than by carving your favorite horror film monsters into your pumpkins? This Pennywise is from the recent remake, but you could opt for the Tim Curry version and give him some spooky pointy chompers instead.

Halloween pumpkins don’t always have to be about scary things. If you want something a little fancier, consider carving flowers or even a mandala into your pumpkin and turn it into a beautiful lantern that we’ll make people look twice.

Whether you’re looking to mix up the traditional carvings or do something totally new, there are tons of fun ideas here to inspire! 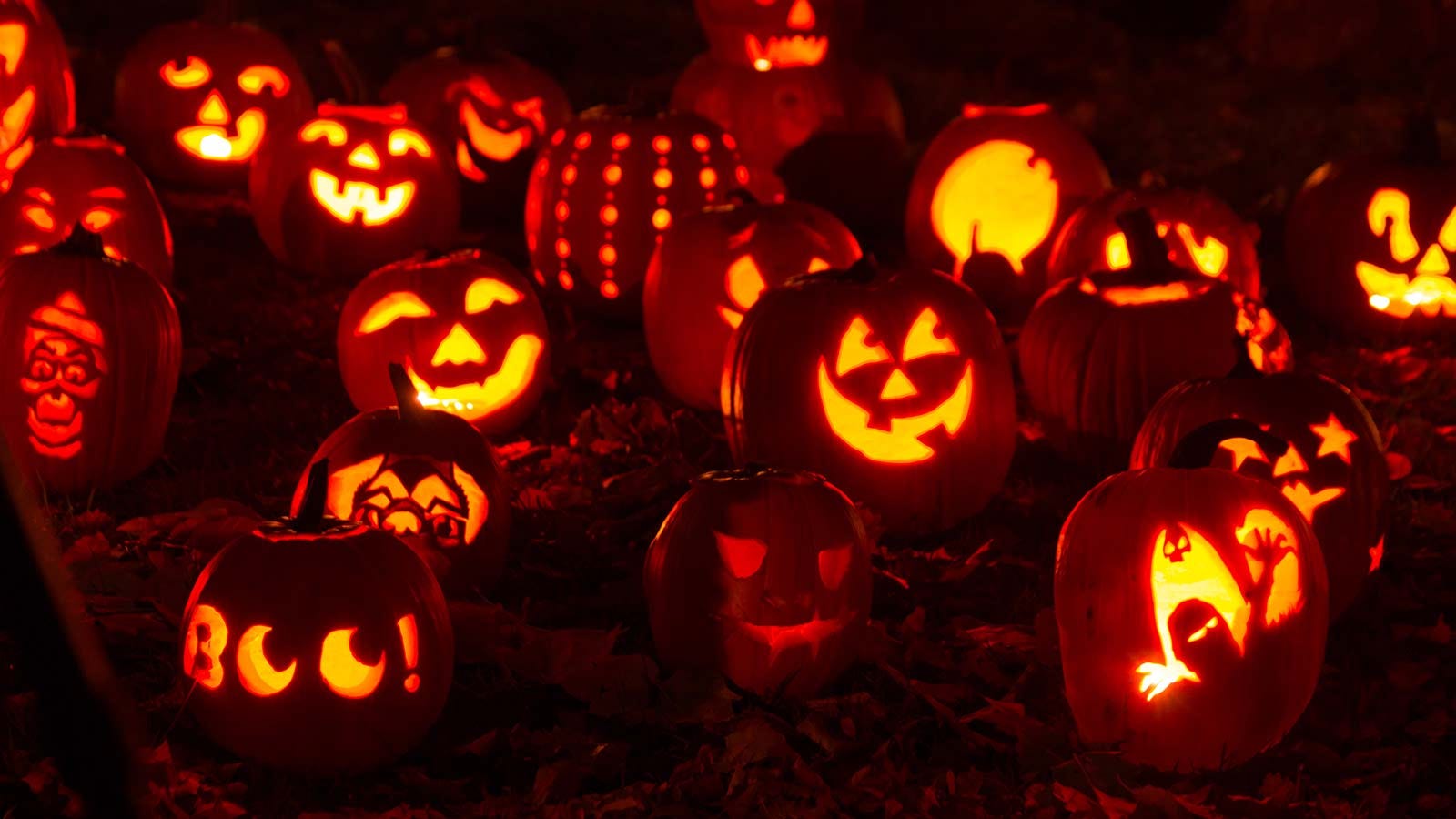