More people than ever are cooking at home these days, prompting restaurants to reveal some of their most cherished (and formerly secret) recipes. Chipotle’s cilantro lime rice is the latest!

Fans of the Tex-Mex chain know this signature item well, as it’s used as a filler in many of the company’s best-selling burrito bowls and burritos. The herby-meets-citrus taste of the rice has been a fan favorite since the brand’s inception. Now, you can make it at home, and, according to Chipotle, you only need four ingredients.

In the TikTok video below, an employee of the restaurant walks you through the steps. First, you simply cook the rice as normal. Next, you mix lime juice and cilantro in a bowl, and then dump in the cooked rice. Add some salt, combine it all, and that’s it!

The rice isn’t the only recipe Chipotle has revealed. You can also make its signature corn salsa and guacamole with the official recipes and how-to’s the brand has released.

So, next time you’re craving Chipotle, but don’t want to (or can’t) get out, you can just make it yourself! Well, some of it, anyway. 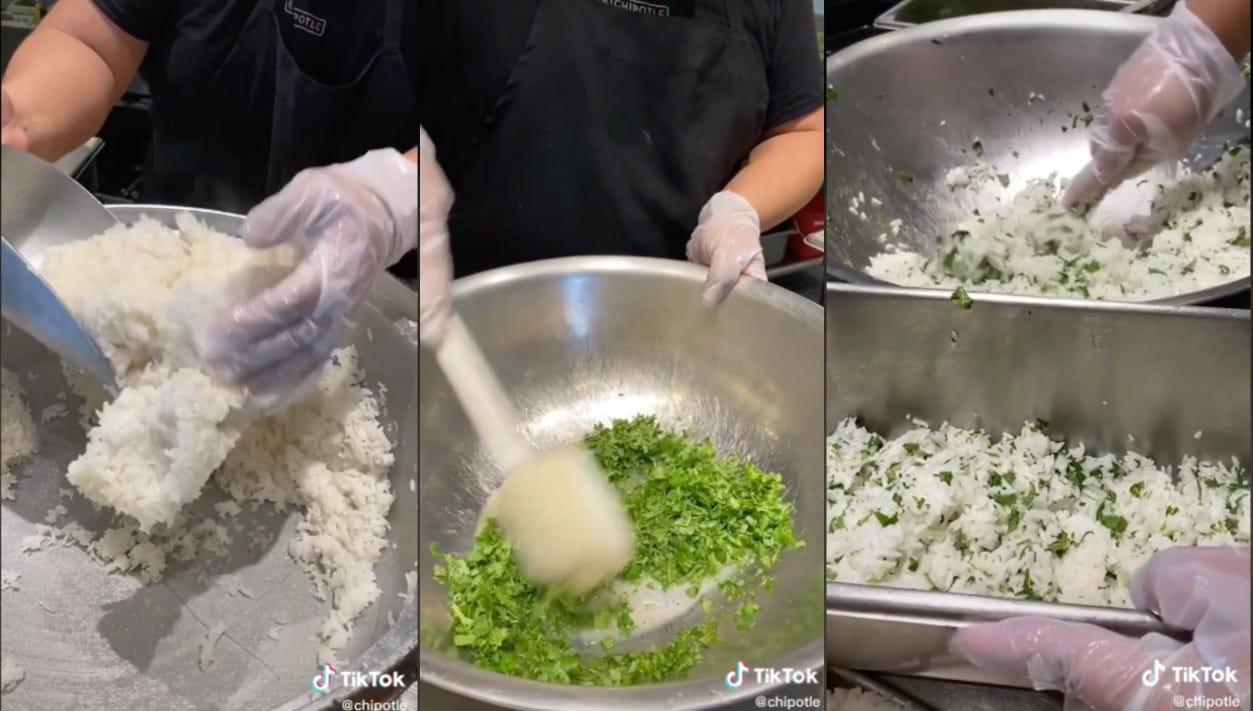