Coffee has lots of fans, and what’s not to love? It’s rich, tasty, and helps you wake up in the morning. Unfortunately, if you’re pregnant, science is now advising that you give up your java. If you’re wondering how you’re going to live without your morning joe for nine+ months, we’ve got six alternatives that can help you make it through.

In the past, the general consensus was that pregnant women could ingest a maximum of 200 mg of caffeine per day without causing any major complications. However, it now appears the potential danger is far more serious than previously thought.

If you’re gonna need a coffee alternative until baby arrives, you’re in luck, cause we’ve got ’em!

It’s no secret that consuming large amounts of caffeine can cause adverse effects in healthy adults,  like anxiety, high blood pressure, heart palpitations, or dizziness, just to name a few. To avoid this, it’s recommended that people limit their consumption to 400mg (around four cups of coffee) per day.

While it was previously thought that pregnant women could safely ingest a smaller amount of caffeine each day, the researchers in a recent study have concluded that no amount is safe for expectant mothers.

RELATEDGiving Up Coffee This Year? Try These 12 Herbal Teas

Following the analysis of over 1,200 reliable studies conducted over the last 20 years, the researchers found that “maternal caffeine consumption is reliably associated with major negative pregnancy outcomes.” Specifically, these included an increase in the risks of miscarriage, low birth weight, preterm birth, childhood obesity, and stillbirth.

As such, the researchers recommended that the advice regarding caffeine intake for pregnant women, or those contemplating pregnancy, be revised. As caffeine is also found in other products, such as green and black tea, energy drinks, cola, and chocolate, this is not particularly good news.

But, worry not! There are some coffee substitutes you can try while you’re pregnant, and some are so good, you might keep them even after your baby arrives.

Italians love their espresso as much as they love their caffè d’orzo. It’s a national staple, loved by children and adults alike. In fact, if you’re ever visiting Italy, you can enjoy some at any cafe or bar in the country.

Made solely from ground, roasted barley, this caffeine-free coffee alternative looks just like coffee, but it doesn’t taste as bitter.

You prepare it the same way you would instant coffee. Simply mix a couple of teaspoons in some hot water or milk, and you’ve got yourself a healthy, decaffeinated drink. We recommend this blend from Crastan.

Also known as a turmeric latte, this wonderful drink will keep you warm on cold nights and rainy days. It’s a traditional Indian beverage that’s rumored to ease a variety of ailments, including aches and pains, coughs, and restlessness.

The main ingredient, turmeric, is an antioxidant and sugar-stabilizer that also has anti-inflammatory properties. Its effect is further boosted by the other spices in golden milk, namely cardamom, cinnamon, and ginger.

If you want to mix up your own, we prefer this recipe. Just mix all ingredients in your milk of choice, add a splash of honey, and you’ll have a cup of golden milk!

Get the Recipe: BBC goodfood

If you’d rather have a premixed version, we recommend Golden Milk Powder by Turmaquik. It contains only all-natural ingredients and zero sugars.

Nothing says wintertime like a good gingerbread latte. Between the rich taste of almond milk and the mix of cinnamon, nutmeg, cloves, and ginger, it’s hard to go wrong.

Add to that some cacao butter (or coconut oil) and molasses, and you’ve got a world of flavors in your cup. This fun recipe is perfect if you don’t mind adding the superfood touch of goji berry powder!

Get the Recipe: Julie Morris

Also known as wassail, mulled cider is perfect for those chilly fall nights when all you want to do is sit by the fire with a good book.

This recipe is for a non-alcoholic cider, and it includes both stovetop and slow-cooker instructions. Just gather some unpasteurized (or sugar-free) apple cider, whole cloves, some orange slices, cinnamon sticks, and fresh or frozen cranberries.

You can add additional spices if you prefer. Some good options include ginger, nutmeg, star anise, or cardamon. Just mix it all in a saucepan, bring it to simmer, and then pour it in your favorite mug.

Get the Recipe: The Seasoned Mom

Its earthy taste and pretty pink color make beetroot lattes unique, and quite appealing to the eye. If you don’t mind beetroot, you should definitely give this recipe a try. Unlike coffee, it will help keep your blood pressure in check and iron levels high, while still making you feel energized.

All you need to whip some up is beetroot juice, your milk of choice, some cinnamon, and a sprinkle of orange juice (if you want it—it’s optional). Then just follow the instructions in the video and drink pink!

Get the Recipe: Kitchen Stories

Finally, if none of the previous options have sparked a craving, this one might just be your … cup of tea! When it comes to herbal teas, the options are limitless.

You can go for a classic, like chamomile, rooibos, or peppermint, or shake things up with some lemon and ginger or honey and lavender. Remember, though, that many teas (especially greens and blacks) do contain caffeine, so always double-check the packaging.

Prefer to make your own herbal tea? You can find lots of guides online that will show you how to do it.

If you’re a mother-to-be who’s also a coffee or caffeine lover, it can make pregnancy even more challenging. While you might have to give up the caffeine, you don’t have to give up the soothing comfort of sipping a warm drink. These coffee alternatives are so delicious, you might even stick with them after your little one arrives. 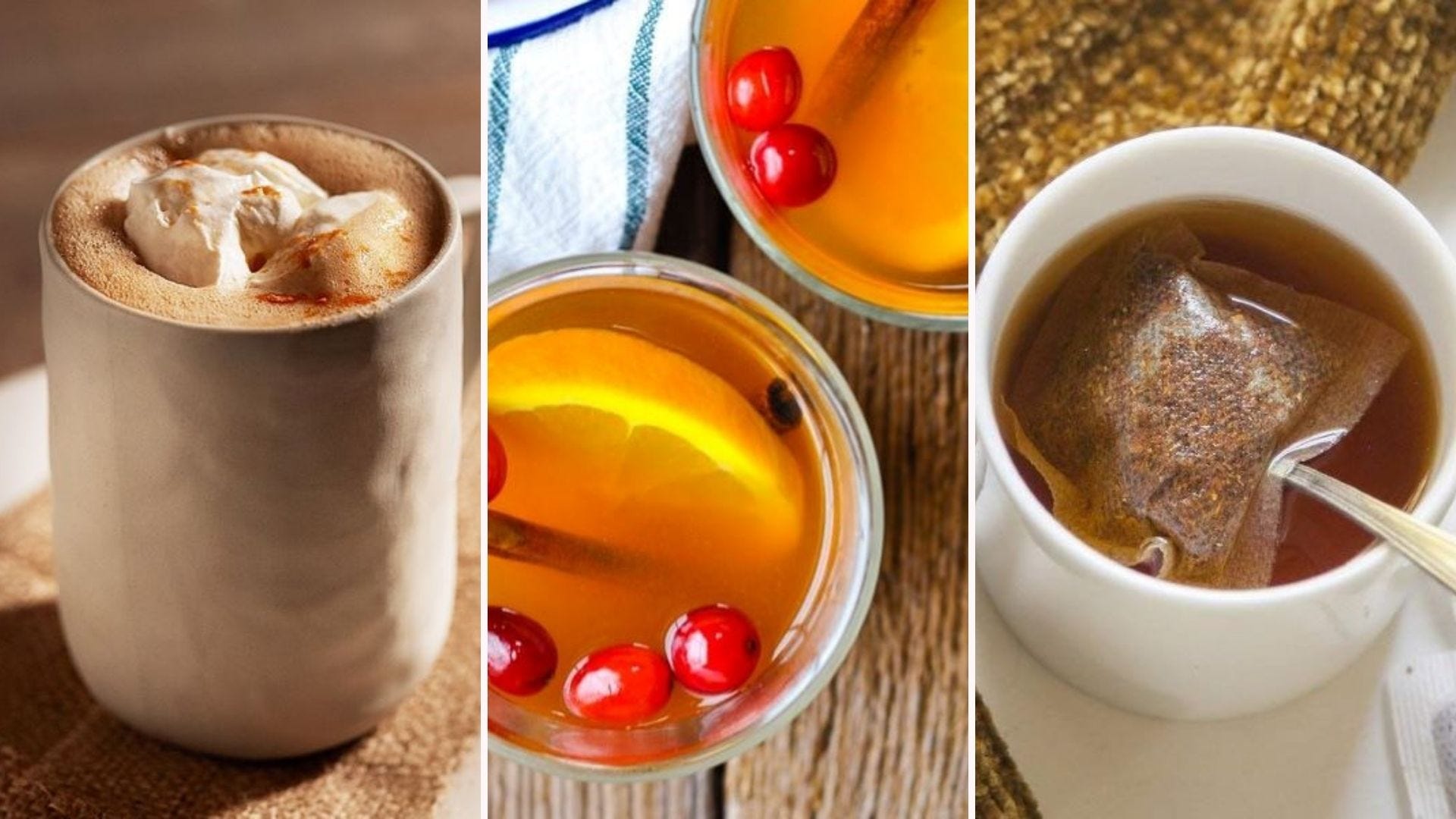