Bakers, get ready! The Great British Bake-Off is returning—and yes, it’s coming to the U.S., too!

News about a new season of the U.K. baking competition broke a few weeks ago. While this was an exciting time overseas, it was a reminder to American fans that the show doesn’t air in real time stateside. But not this season!

On September 25, The Great British Bake-Off will also be on Netflix for U.S. fans. After the initial episode debuts, a new one will drop every Friday.

The tent is back open for business!

On September 25, an all-new season of The Great British Baking Show will start rolling out on Netflix in The US — new episodes will be available every Friday (three days after they premiere in The UK) pic.twitter.com/CQdzQbTiJ6

The new season also features one big change: the introduction of a new cohost, comedian Matt Lucas. While the show was delayed temporarily due to COVID-19, filming is now complete, and a whole season is ready for you! 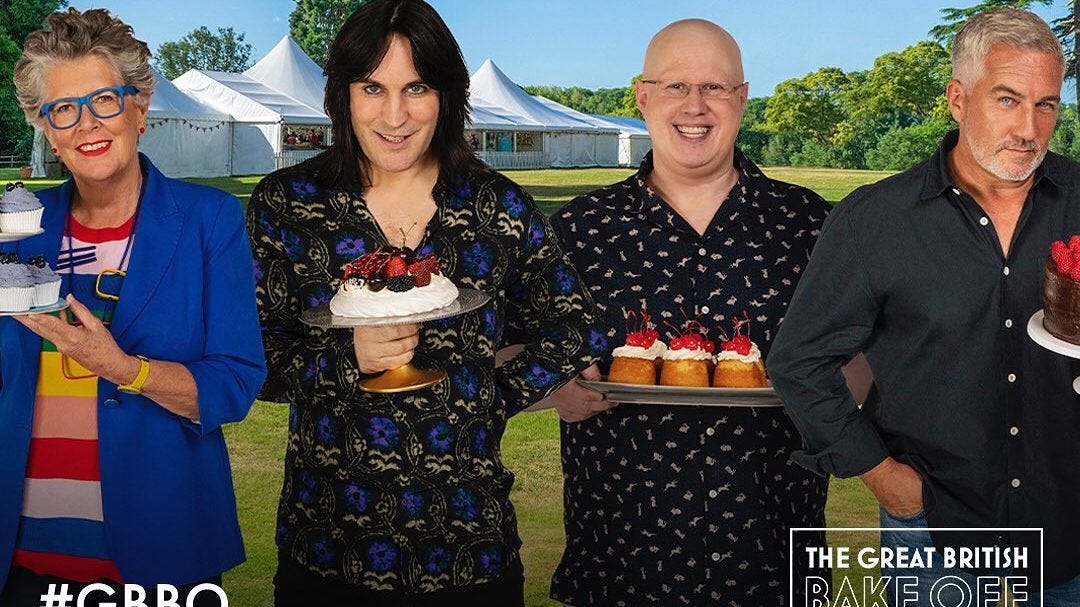