Fan so Disney’s The Mandalorian have another thing to add to their fandom collections. There’s now a Lego Baby Yoda you can build, and the launch just so happens to coincide with the second season’s premiere.

Technically, the Lego set isn’t Yoda, as fans of The Mandalorian will know. The official moniker of the set is The Child—the name of Mando’s charge. The set retails for $79.99, and is suitable for ages 10 and above. With 1,073 pieces made mostly of green and brown (the colors of The Child’s skin and his iconic coat), the 7.5″ figure is enough to keep most people busy.

Of the toy, Michael Lee Stockwell, Design Manager at LEGO® Star Wars says in a press release, “When I received the challenge to create a LEGO brick-built version of The Child, I knew that I had to get it just right. The goal was to capture the charm, and above all, the cuteness of the character, so we worked meticulously, choosing and placing each and every brick. We even included authentic details like the gearstick knob—a favourite toy of The Child as seen in the series.”

The buildable character—which has a posable head, movable ears, and adjustable mouth to set its expressions—won’t officially launch until the second season of the series on Oct. 30, but if you’re determined to get your hands on the Baby Yoda Lego set, it’s available for pre-order now. 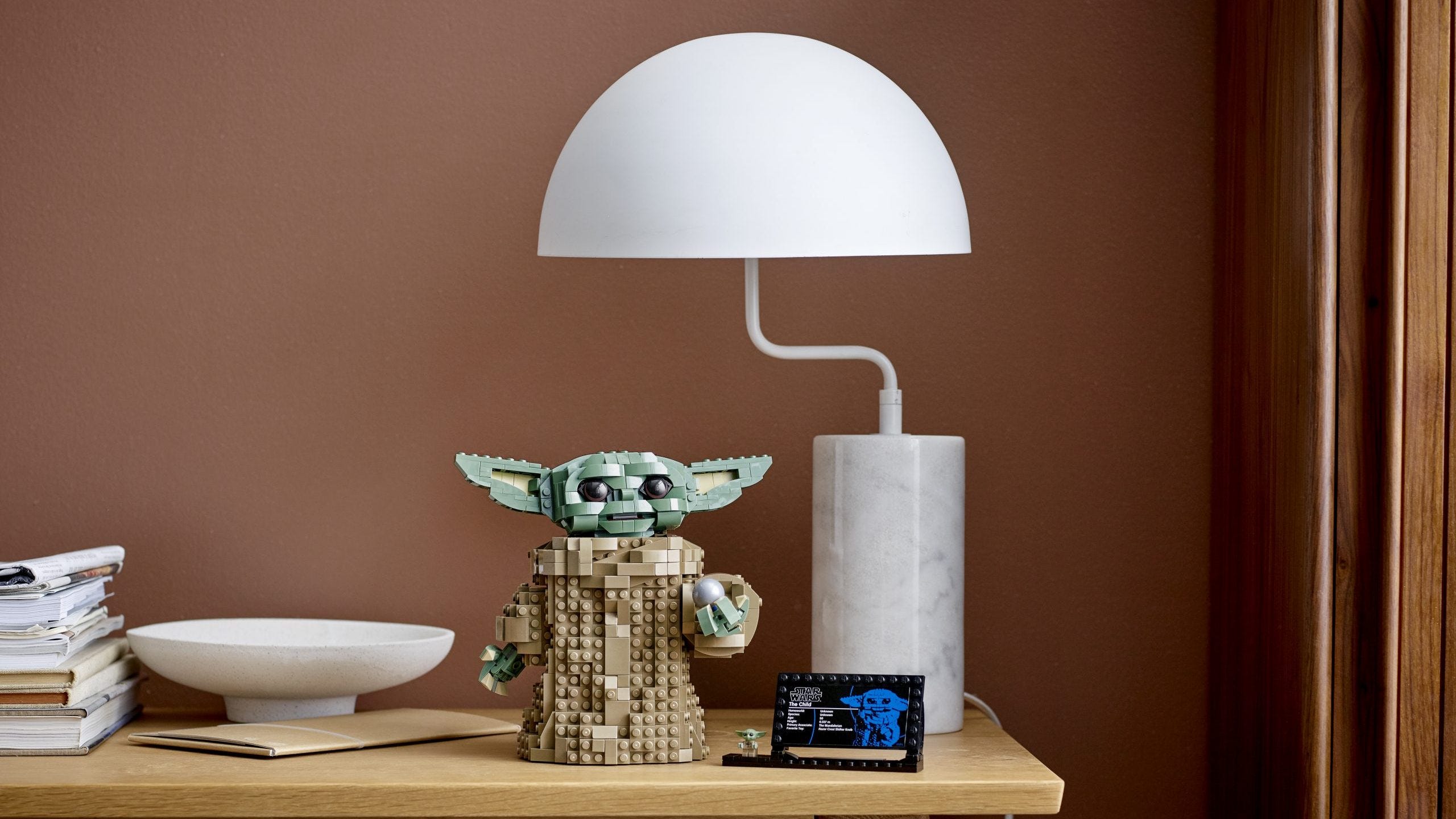