When it comes to tedious cooking tasks, there are quite a few. No one wants to be the one chopping onions, but peeling garlic? That’s also not a task most people volunteer for, but Martha Stewart’s garlic hack might solve that.

In an Instagram Live, Stewart revealed a new way to get all the cloves out of a head of garlic, and all you need is a mason jar. The home and lifestyle guru smashed a head of garlic with a jar to loosen sections and free the cloves. She then took the few remaining from the head and popped all of the individual cloves inside the jar before twisting on the lid.

Then, it’s time for a shake! Stewart explained you have to vigorously shake the cloves inside the jar. She also said she’s demonstrated this trick before using two glass bowls, but that this is the new and improved version of the “shake and peel.” And shake she does, multiple times.

Once she pops the lid open, though, the cloves tumble out peeled, a feat Stewart calls “magic.”

Next time you’re stuck peeling garlic for the pasta, just grab a mason jar like Martha, and release all that aggression in the shake! 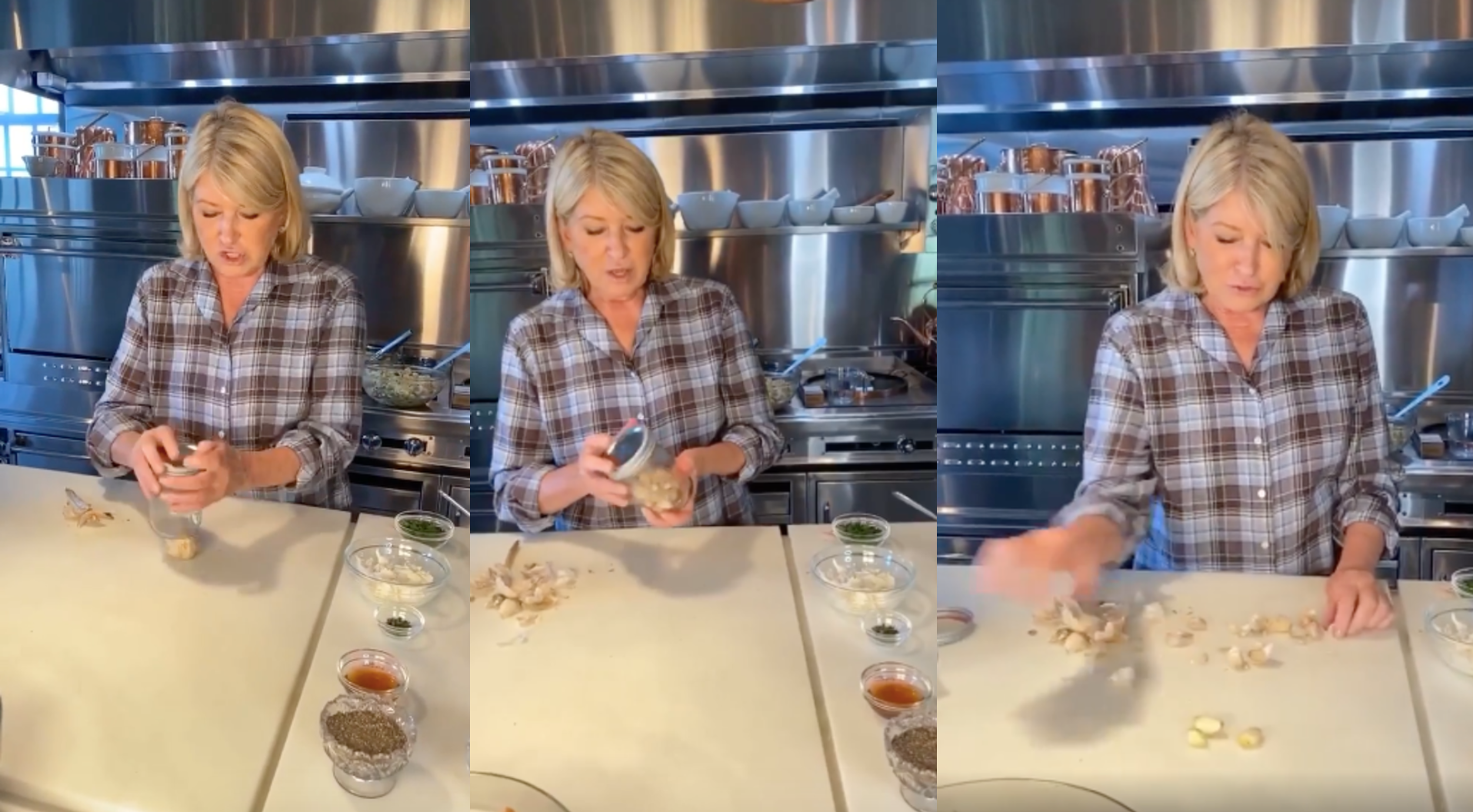