If you have bras that you no longer wear—but are still in decent shape—don’t toss them while decluttering. There are plenty of charities happy to have them.

While used undergarments aren’t typical donation fodder, bras are a slightly different story. They’re expensive and hard to find in specific sizes, which means many women can benefit from the bras you no longer need or want.

Those bras can do more good when you donate them to the right place. Before you head to your nearest major thrift store, check out these bra donation ideas.

When it comes to donating old clothes (and old everything else), most people turn to big-name thrift stores like Goodwill and The Salvation Army. This makes things easy: they’re one-stop shops for just about every kind of donation you can think of. However, they may not be the best choice for your used bras.

The latest decluttering craze has left Goodwills and other thrift stores saturated with people’s unwanted stuff. But these stores can’t always keep up with the large donations, so not everything you leave there will end up on the shelves. And in spite of the recent popularity of secondhand shopping, just seven percent of people say they buy used clothes, making it even less likely that those donated bras will end up helping somebody.

That doesn’t mean you should never donate anything to major thrift stores though, of course. Goodwill does send a lot of its unsold clothes to textile recyclers to keep them out of landfills. However, in 2014 alone, 22 million pounds of Goodwill clothes ended up unsold and in landfills after all. Also, some large thrift stores don’t accept bras at all.

With that in mind, while it’s fine to send your old jeans and concert T-shirt to Goodwill and friends, it’s not a great destination for your gently used bras.

Since bras are needed by so many women who can’t afford them, there is a surprising amount of bra-specific donation options. Check these out:

When to Skip Donating

Some bras end up in better condition than others and are perfect for donating. However, there are times when your old bras are only fit for recycling. If there’s severe damage, like a broken strap or an underwire poking out, or the reason you’re considering discarding it is that the elastic is shot, then it’s not worth donating. Instead, you can send it to one of the recycling services listed above.

What you do with your old bras is ultimately up to you, but as fast fashion continues to plague thrift stores (and landfills) with unwanted items, more people are thinking carefully about the best ways to donate stuff. These bra charities and recyclers ensure your old bras will never go to waste. And when you’re ready to shop for new ones, make sure to check out our bra fitting guide! 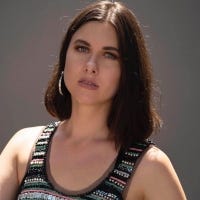 Elyse Hauser Elyse Hauser is a freelance and creative writer from the Pacific Northwest, and an MFA student at the University of New Orleans Creative Writing Workshop. She specializes in lifestyle writing and creative nonfiction. Read Full Bio »

Amazon Rewards Visa Signature Card
24 people were interested in this!

Anatomy of a Scandal: A Novel
9 people were interested in this!

Shop Now
Anatomy of a Scandal: A Novel
9 people were interested in this!

Shadow and Bone (Grisha Trilogy)
7 people were interested in this!

Shop Now
Shadow and Bone (Grisha Trilogy)
7 people were interested in this!

Shop Now
Nine Perfect Strangers
5 people were interested in this!

Shop Now
Show More ›
Recently Popular
LifeSavvy is where you learn new skills for a better life. Whether you’re looking for tips on organization, travel, parenting, fitness, relationships, school, or your career, our team of expert writers is here to help. Want to know more?