Trader Joe’s has no shortage of iconic products. Its Two Buck Chuck and Everything But the Bagel seasoning are always on lots of people’s grocery lists. Now, one of the company’s classic products is getting an upgrade—to beer.

News of the Cookie Butter Beer broke over the summer, but the beverage has now officially landed in stores. The brand revealed the product in an episode of the Inside Trader Joe’s podcast. The new drink has a 9.5% ABV and a dessert-like profile. It’s meant to be consumed as an after-dinner drink rather than when chilling by the pool.

It’s also taken two years to develop. Catherine Rhodes, product developer for Trader Joe’s, explained the creation process on the podcast. She said the drink was originally going to be a porter, but because you couldn’t get the real cookie-butter flavor with that, the company switched to an Imperial Ale.

@traderjoesaficionado on Instagram grabbed the beer and provided one of the first spottings of the new dessert alcohol. The taste was described as, “light, and slightly sweet,” and something that should be “sold as Hard Butter Beer at Harry Potter World!”

If you want to experience the new beer yourself, head to your local Trader Joe’s (unfortunately, the company still isn’t offering any online shopping options). 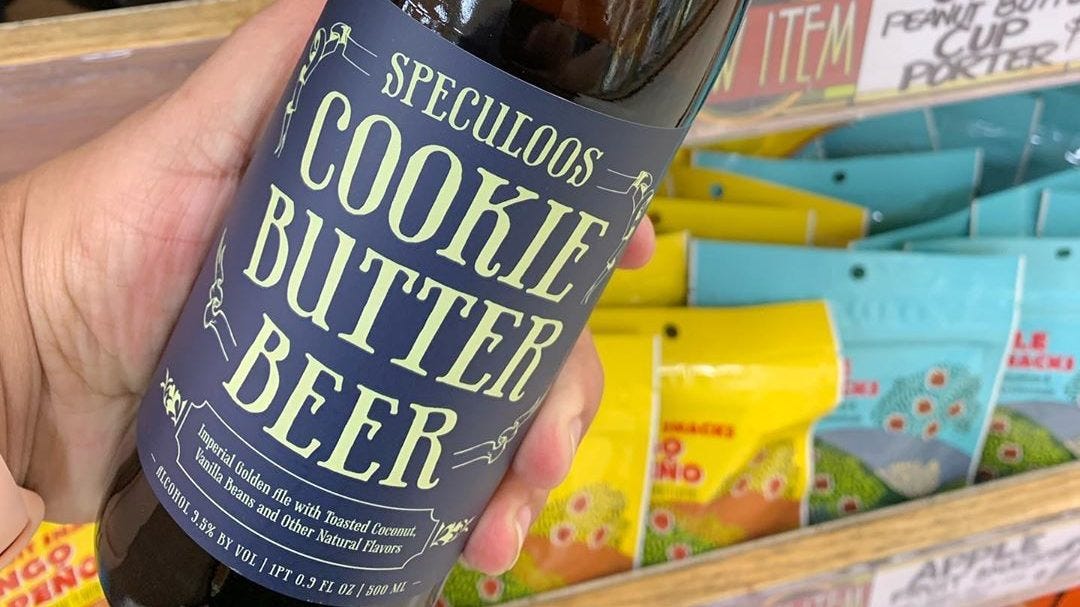