Sticking some pre-made cookies in the oven and grabbing some brownie mix are easy ways to make sweet treats. Making doughnuts seems a bit more complicated. Turns out, however, you can make doughnut holes with two ingredients—kind of.

TikTok user @caughtsnackin created a viral recipe for doughnut holes using just plain yogurt and self-rising flour. He mixed the two together to form a dough and rolled it into balls. Then, he dropped the balls into grease and fried them. Once done, they were rolled into cinnamon sugar (which technically means another ingredient but an easy one) and boom! doughnut holes!

@caughtsnackin2 ingredient doughnuts! 😎🍩 ##doughnuts ##hack ##recipe ##snack ##cinnamon♬ What If (I Told You I Like You) – Johnny Orlando & Mackenzie Ziegler

The user isn’t, however, the first to create a viral recipe on the video-sharing platform. TikTok is actually full of clever tricks. From making Oreo-stuffed sugar cookies for Halloween to three-ingredient cloud bread to mug cakes, the app is surprisingly useful if you’re an amateur baker looking to try something new or searching for an activity for kids.

If you want doughnut hole, you can now have those, too. 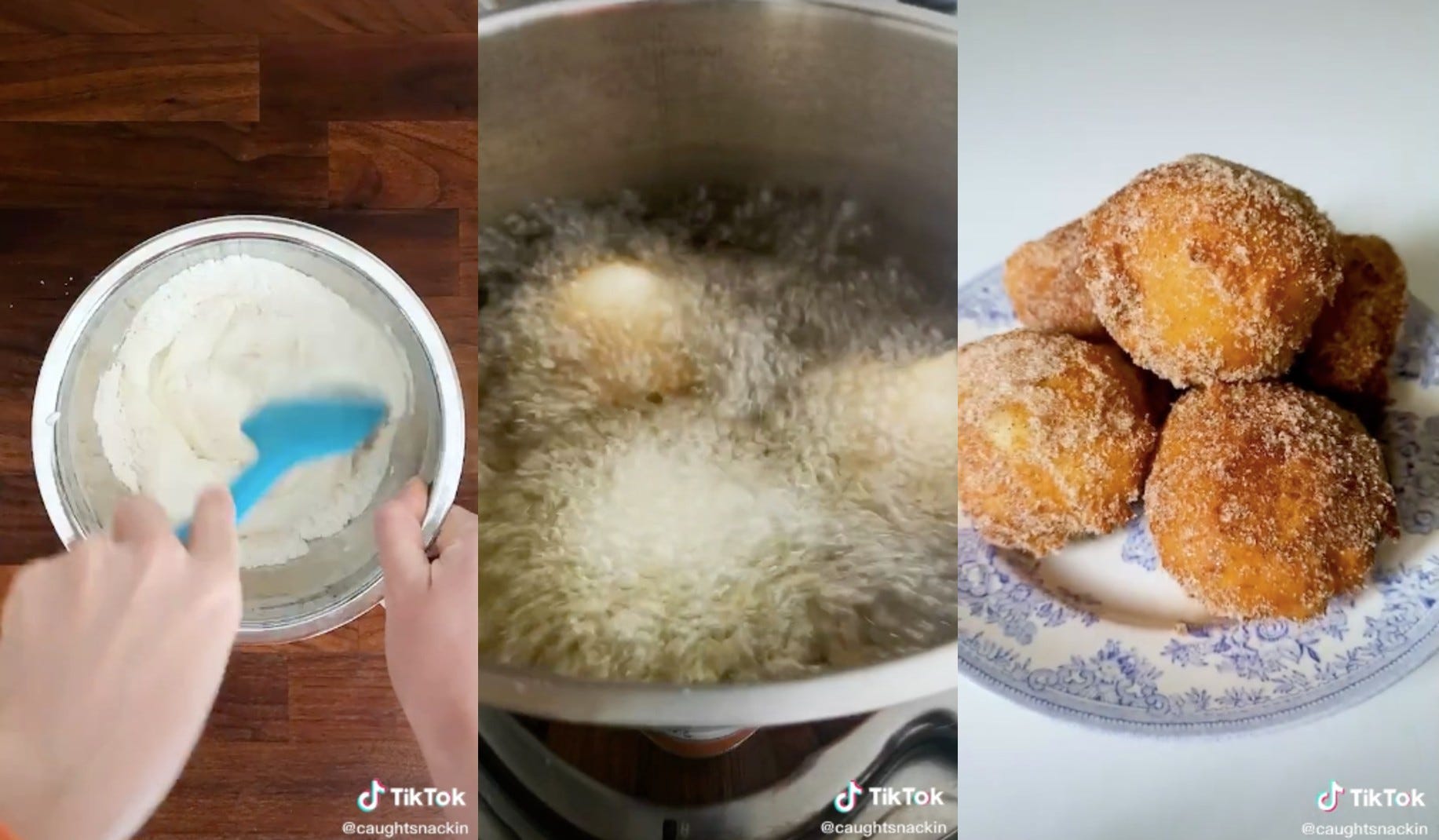