Stocking up on some delicious fall teas to stay extra cozy is one way to get through the incoming colder weather, and we’ve listed some of our favorites below.

One of the best ways to spend a chilly fall day is to cuddle up under a blanket with a steaming hot mug of tea—bonus points if it features the delicious seasonal flavors we all know and love. Pumpkin and apple are obviously included, but so are lots of warming spices for all of the cozy feels.

There are an overwhelming amount of tea options out there, so we did the work for you and found some of the best-tasting fall teas on the market. Buy these now and keep them on hand through the winter. We have a feeling you’re going to need them.

You know how loose leaf tea often tastes fresher than a teabag? Well, Harney & Sons tastes like loose leaf tea, except it’s not—it has the ease and convenience of a teabag and that perfect fresh taste. One of my favorite flavors of theirs is Pumpkin Spice, which is the ideal fall tea.

It definitely tastes like a pumpkin drink, but it’s more subtle, which is a good thing. Made of a blend of pumpkin, cinnamon, cloves, and nutmeg, it’s kind of like drinking pumpkin pie. And yes, that sounds weird, but trust me, it’s delicious.

This has a subtle pumpkin flavor that tastes great.

This is one of my favorite tea brands because everything I’ve tasted from them has been unbelievably fresh and flavorful. The DavidsTea Apple Cider is the best when you want something that screams, “It’s fall!” And yes, it tastes almost exactly like your classic apple cider, which is, of course, what inspired it.

This one features that taste of sweet apple with a hint of creaminess, and it’s caffeine-free, so you can drink it at any time of the day. The brand recommends adding a cinnamon stick for extra flavor, which I definitely agree with.

Whenever I’m looking for a little bit of a caffeine boost, but I don’t want something as intense as a shot of espresso or a big mug of coffee, I reach for a chai tea—and in the autumn months, it’s usually the Tazo Pumpkin Spice Chai.

This spiced chai is a blend of black tea, pumpkin pie, and classic chai spices, like ginger, cloves, and black pepper, so it’s the perfect tea for a really chilly day. I also love how versatile it is: You can add steamed milk for more of a latte feel, or you can chill it and pour it over ice if you’d prefer that. 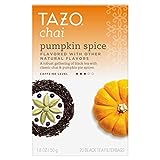 A blend of pumpkin and warming spices will give you a burst of energy.

Yogi Tea is a popular brand for a reason: Their tea always tastes fresh and full of flavor instead of bland and boring. The Cinnamon Vanilla is wonderful year-round, honestly, but I especially love it in the autumn months because of how cozy it makes me feel.

This tea is a blend of cinnamon, cardamom, vanilla bean, and cocoa shells, and it has a rich, spicy-sweet taste. It’s also made with nettle leaf and Schisandra berry, which are traditionally used in Ayurveda to support healthy skin. And it’s caffeine-free, vegan, kosher, and gluten-free, made without artificial flavors or sweeteners.

This spicy-sweet blend is delicious and cozy.

One of my all-time favorite fall teas is this Celestial Seasonings Cinnamon Apple Spice—I’ve been drinking it around this time of year for years now. It has the best spiced apple flavor and isn’t too sweet or too spicy.

Made with cinnamon, hibiscus, and orange peel, this is a really pleasant mix of flavors that just makes you feel like you should be going pumpkin picking or hanging out in an apple orchard or something. 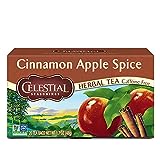 This blend of sweet and spicy is perfect for fall months.

If you prefer something that’s more sweet than spiced, then you’ll probably be a big fan of Bigelow Vanilla Caramel. It definitely has a sweeter taste that is brought out even more by the addition of a splash of milk. I love this one because it’s kind of like a dessert, but in the best way. It’s also made with black tea, which typically contains a little caffeine. 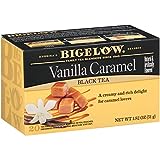 This sweet tea is packed with antioxidants.

Not into the traditional fall flavors like pumpkin and apple? This Tea Forte White Ginger Pear tea is really perfect for autumn, but definitely has a more unique taste to it. This one is a smooth white tea infused with lemon balm for a citrusy flavor that feels soothing.

The addition of ginger gives it a little bit of spice, while fruity flavors like blackberry leaves make it sweet. I love how fresh and full of flavor Tea Forte teas are, and this one is no exception.

Buy from Tea Forte
READ NEXT 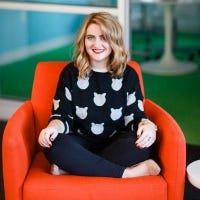 Jessica Booth Jessica Booth is a freelance writer for Review Geek. She has been working in the editorial world as a freelance writer for over two years and previously worked as an editor for over eight years.  Jessica writes about travel, beauty, wellness, health, food, home decor, and parenting, and has reviewed and tested out products for all of those verticals over the course of her career. Read Full Bio »

Christmas Around the World (It's a Small World)
43 people were interested in this!

Shop Now
Christmas Around the World (It's a Small World)
43 people were interested in this!

Shop Now
Minecraft 2020 Advent Calendar
35 people were interested in this!

Shop Now
Show More ›
Recently Popular
LifeSavvy is where you learn new skills for a better life. Whether you’re looking for tips on organization, travel, parenting, fitness, relationships, school, or your career, our team of expert writers is here to help. Want to know more?