Your Halloween decor is probably suitably creepy, but it’s got some stiff competition. A California couple transformed their home into a real-life Pirates of the Caribbean, and it kind of wins the holiday.

Carmen and Travis Long love Halloween so much, their neighbors and passersby thought their decorations were legit and called the fire department. The pair decided to go with a Pirates of the Caribbean theme, complete with raging sea battle. This meant their home needed to look like it was on fire. And based on the number of times the fire department’s been called, it does!

According to the Longs, the realistic, fiery decor was created with a satin cloth, orange and red lights, and a fan. They added some smoke machines and voilà: a house that looks like it’s burning down.

The elaborate Halloween display caught the eye of passerby's and seemed so realistic, the Fire Department was called, but don't worry, it is just a really impressive display. Homeowners, Carmen and Travis have lived in the home for about 4-years, but have been in the Wood Streets for many more and enjoy being a part of the reputation the neighborhood has in the elaborate home and yard decorations they are known for around Halloween and Christmas seasons.They still have some additions to make to their "Pirates of the Caribbean" themed display, and hands down, one of the most impressive and realistic around. A must see for sure. It is located at the corner of Chapman and Magnolia in the City of Riverside and on display only Friday, Saturday and Sunday nights from 7pm-9pm.Please remember to obey all traffic laws, do not stop in the middle of the road and be courteous to neighbors. Safety First!

In an interview with a local news station, the pair explained they created the spectacle for the public, and they encourage people to stop by and check it out.

So, if you’re in the Riverside, California area, you can catch the show on weekends from 7-9 p.m. PT, because they’re still trying to be considerate of their neighbors, despite scaring them nearly to death. 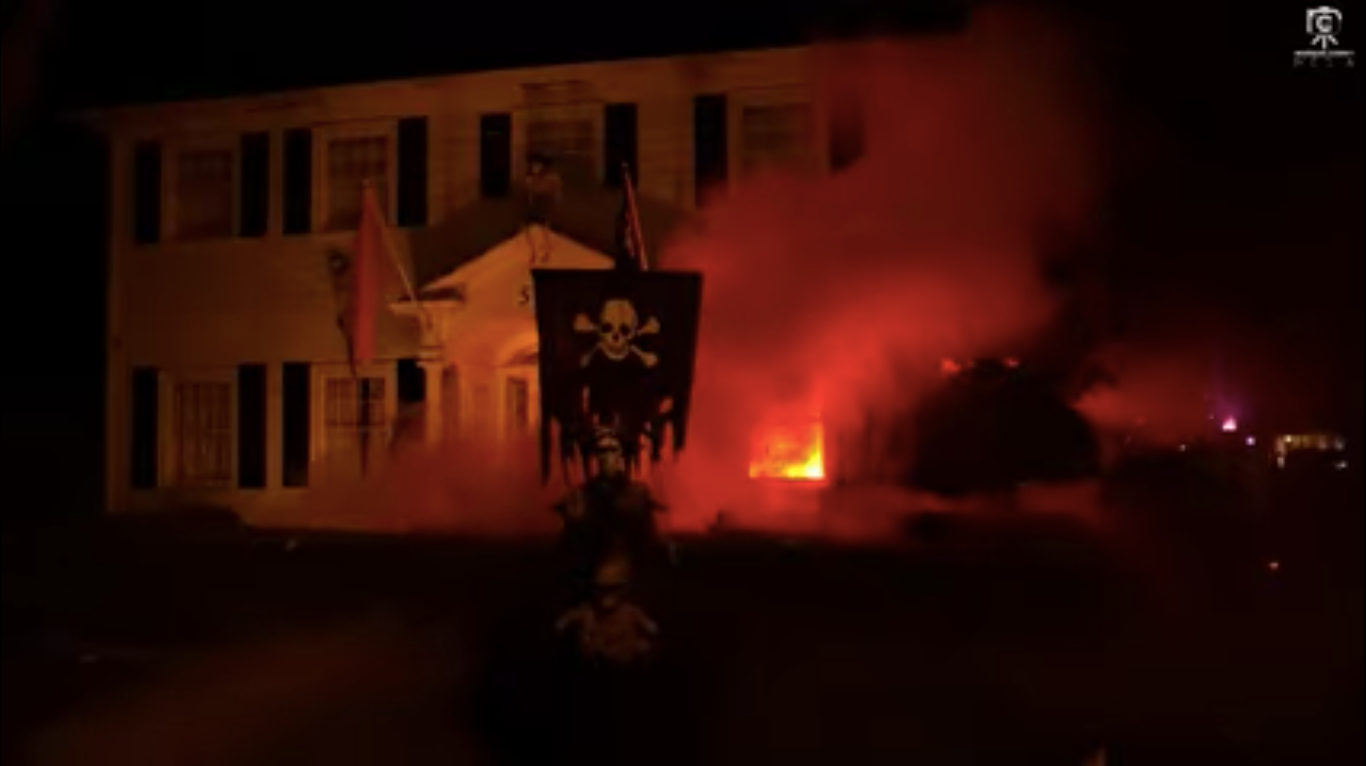