Cozy season is here! Whether you’re still buying up everything pumpkin spice, or you’ve moved on to peppermint, it’s time to get comfy, and Costco’s $30 Pendleton blankets are the way to do it.

For those who are unfamiliar with Pendleton blankets, they’re typically woolen throws that are highly durable and worth a pretty penny. The price (they can retail for over $200) often outs them out of reach for many consumers. Now, however, you can get one from Costco for just $30!

As @Costco_DoesItAgain noted on Instagram, there is a bit of a caveat, though—the Costco Pendleton blankets don’t appear to be made of wool. Rather, they’re made of a Sherpa material, which is likely the reason for the drastically lowered price.

They do, however, still feature the traditional Native-American-inspired designs the brand is known for, given its history of working with America’s indigenous people at trading posts.

Plus, who doesn’t love a soft Sherpa fleece?

While these aren’t the original Pendletons, they still look warm and fuzzy, and, at just $30, they’re basically unbeatable. You’ll need to head to your local Costco to see if it carries them, though—you can’t get them online. But hey, you have to go to Costco anyway, right? 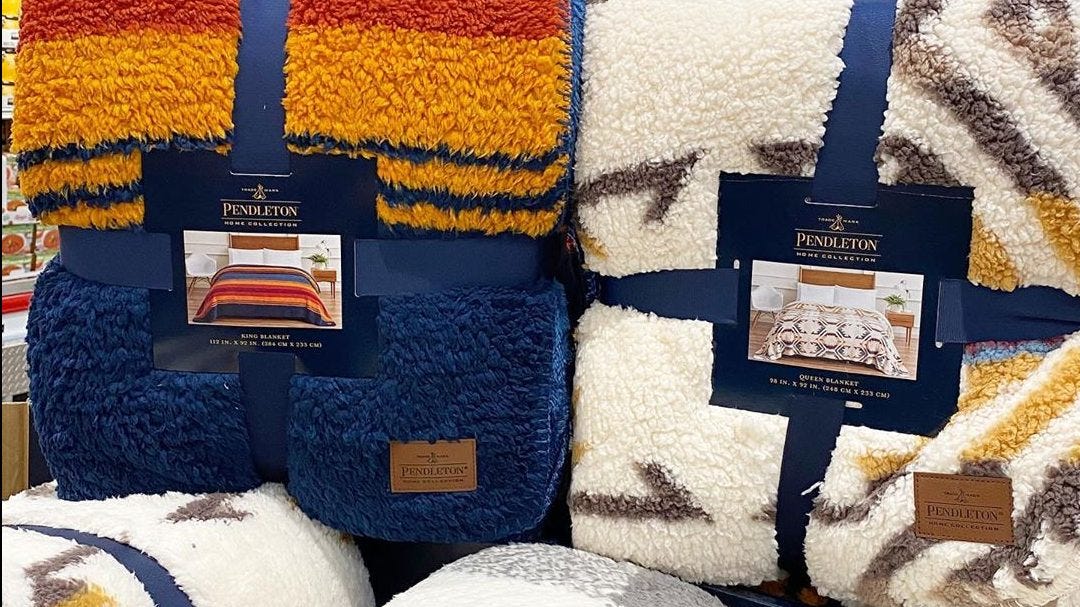