Move over, box wine. Costco’s giant bottle of prosecco is moving in on your alcohol bulk-buying territory.

According to Instagram user @costco_empties, the large scale retailer is moving beyond its extra-large options for toilet paper and other household goods and into the giant alcohol market. There’s a massive bottle of Kirkland’s brand prosecco for sale, and it’s a whopping 3 liters. Altogether, one bottle is the equivalent of four 750ml bottles, and it costs just $29.99.

As for its availability, the user added in the comments that she picked hers up in New Jersey, and others reported that it’s been found in Hawaii and California. While it has been found in different states, when it comes to shipment online, it’s available only to be shipped in California. You’ll need to head into your local store to find this gem.

The fan favorite Kirkland Signature Prosecco is now available in huge 3L bottles just in time for the holidays! Each 3L bottle is equal to 4 750mL bottles. Just $29.99. Swipe for details and price tag

If, however, you’re unable to locate the gigantic bottle, don’t worry too much. Costco has a plethora of holiday alcohol options including an entire advent calendar dedicated to wine. No matter what your alcohol needs, Costco’s probably got you covered. 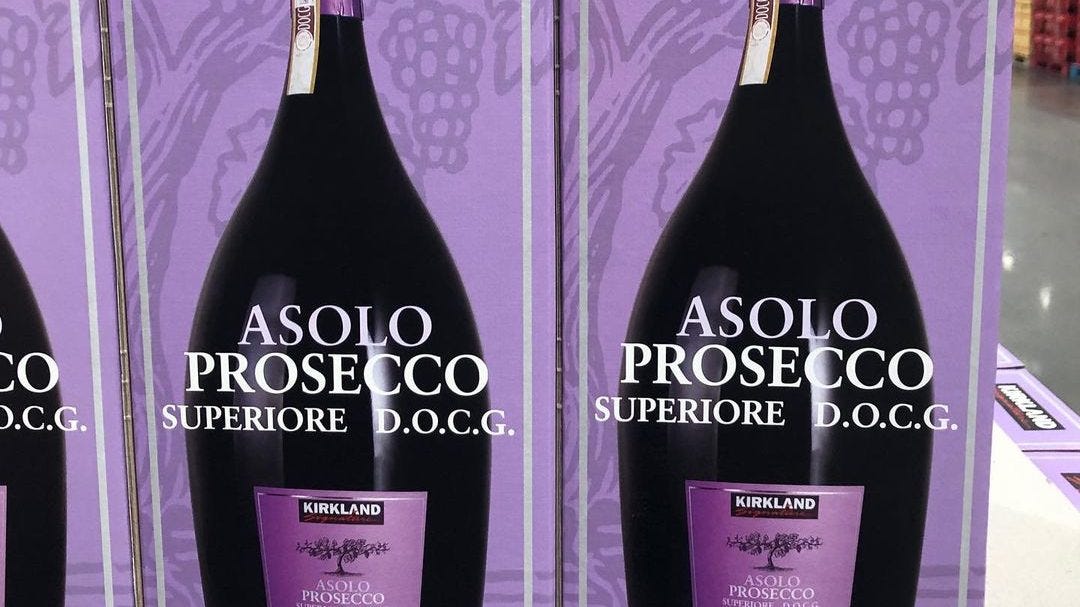