While Reese’s may have recently introduced its new nutcracker-shaped candy, that poor soldier has nothing on its latest item. There’s a one-pound Reese’s Santa up for grabs this year, and it’s making all other holiday treats look like child’s play.

This massive piece of holiday candy depicts Santa as he descends a chimney to deliver toys. Thanks to its size, the detail on the whopping peanut butter cup is impressive, with jolly Santa’s smiling face, round nose, and famous uniform all clearly etched into the chocolate. Even the bricks have little chipped details to add a touch of realism.

The one-pound version of Kris Kringle was recently spotted by Instagram user @FamilyFoodDude in a Sarasota, Florida Walmart, but it has since popped up on the big box grocery store’s website. You can shop for the heavyweight Reese’s online and get it delivered or find out if it’s available in your local store. At $10.98 for an entire pound of holiday candy, the deal really isn’t all that bad.

Whether you’re on team Reese’s Easter Egg or team Reese’s Christmas Tree, it’s hard to deny that a one-pound Santa may just be one of the most epic creations from the candy brand. And what better stocking stuffer than a chocolate replica of Santa coming down the chimney? 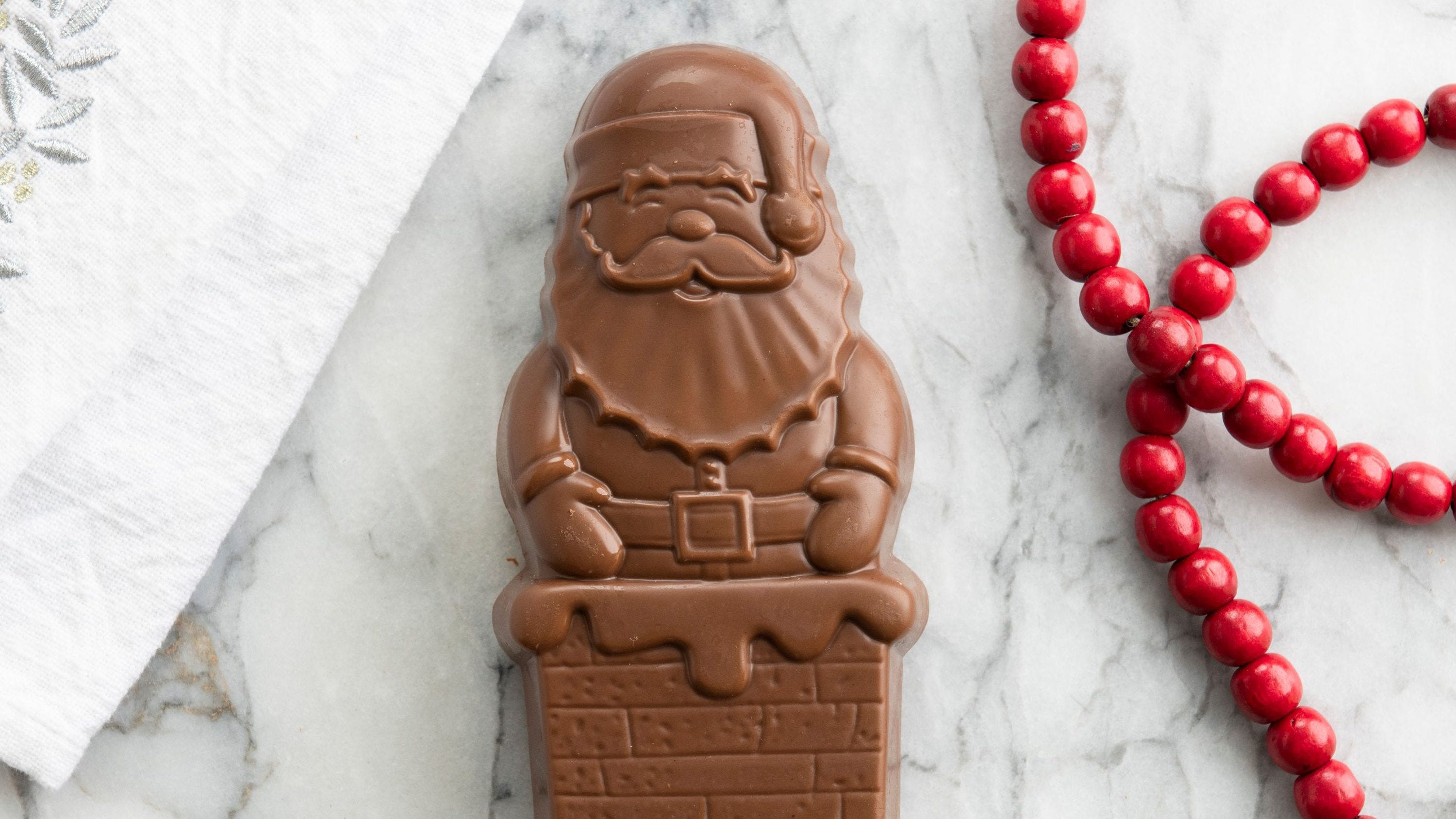