Everyone has a different way they like their steak. But steak cooked in a toaster likely doesn’t top too many lists—for this very good reason.

TikTok user @itsmeju1iette is the culprit behind this steak travesty, but the video is nonetheless fascinating. In it, she places two sizable steaks into a traditional toaster—one in each slot. She then pushes the timer down and the pans away from the steaks. As the video goes on, the outsides of the steaks start to toast. Once they’re done, she removes both slabs of meat with a pair of tongs, slathers them in steak sauce, and turns the camera around so that viewers can watch her eat them. The whole process is a little mind-boggling, but does it actually work?

Juliette’s TikTok account is full of other similar “hacks” where she uses unconventional appliances to make food. From frying bacon with a flat iron to making spaghetti and meatballs in a coffee pot, some of her videos are a little suspect in terms of whether or not the food is actually edible after being “cooked.” But you probably shouldn’t try it yourself if you ever plan to use your toaster or coffee pot ever again (and if you don’t want to potentially start a fire). 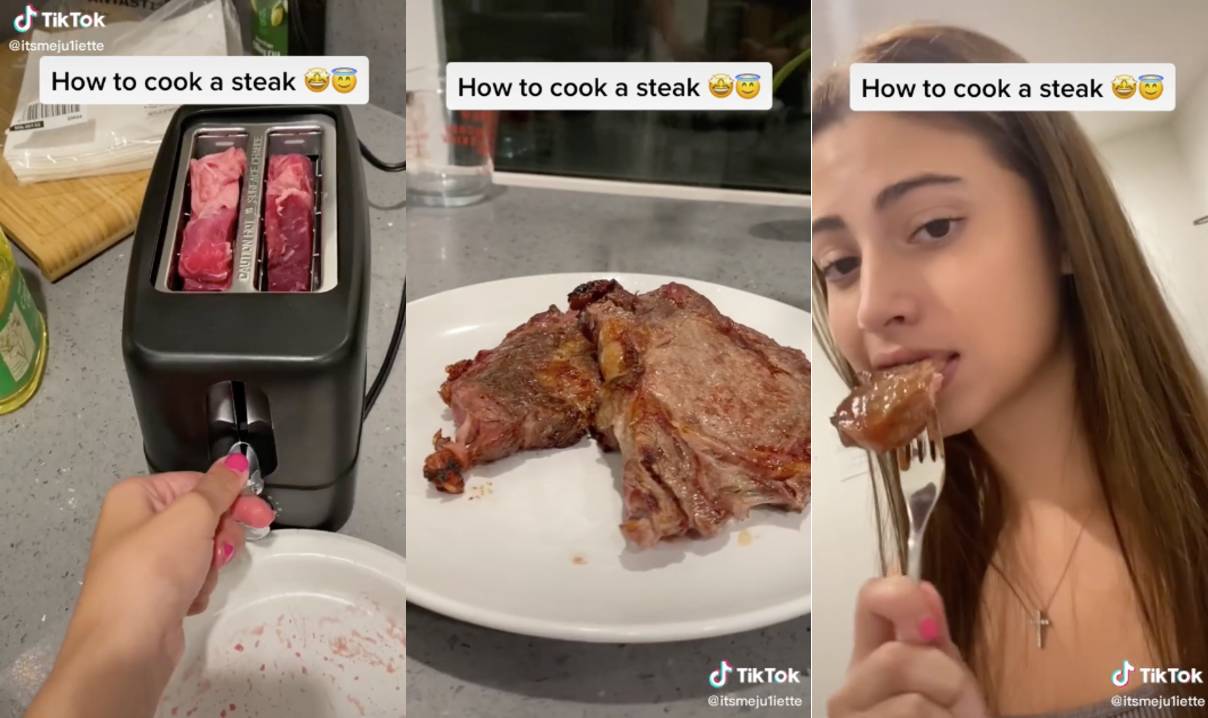