The holidays and love stories go together like hot cocoa and marshmallows! From historical romances to contemporary rom-coms, Christmas is the perfect setting for some major realizations about life and love.

If you want to add something to your reading list that’s just as sweet as your favorite Christmas treat, we’ve rounded up the best holiday romances out now!

Jasmine Guillory continues her popular series of interconnected romances with Royal Holiday. This time, Vivian Forest—the mother of one of Guillory’s previous heroines—takes center stage. She accompanies her daughter, who’s been asked to style a British royal for the holidays. While there, Vivian meets Malcolm, a palace staffer, and sparks fly.

In a Holidaze by Christina Lauren is one-part Christmas rom-com, and one-part Groundhog Day. On her way home from an emotionally devastating holiday at her family’s beloved cabin, Mae gets into a car accident. She wakes to find herself back at the beginning of her trip.

Over several time loops, Mae tries to figure out what’s gone wrong in her life, and how to escape reliving the same days over and over again.

One Day in December

Three people’s lives intertwine over a decade in One Day in December, a romance by Josie Silver. It’s also about the importance of friendship, and the questions we all have about the roads untaken.

After a brief, but powerful, connection with a stranger, Laurie spends a year searching for him, only to run into him again when her best friend introduces him as her new boyfriend.

One Day in December: A Novel

We Met in December

Love at first sight is also a big deal in We Met in December by Rosie Curtis. The novel begins with an apparent connection between two new neighbors in London.

When a love triangle develops between them and a third member of their house-share group, things get hilariously (and heartbreakingly) awkward.

We Met in December: A Novel

The Twelve Dates of Christmas

In The Twelve Dates of Christmas, Jenny Baybliss delivers speed dating with a holiday twist. A series of adventures begins when Kate is pressured by a friend to sign up for a local dating agency. It matches singles with a different date for 12 holiday-themed activities.

What could possibly go wrong? A lot, as it turns out.

The Twelve Dates of Christmas

25 Days ‘Til Christmas by Poppy Alexander is more of a tug-on-your-heartstrings kind of holiday romance. Kate, a military widow, struggles to get her Christmas spirit back after her husband’s death because she desperately wants to bring the cheer for her son.

As she attempts to revive the holiday traditions for her family, she crosses paths with the one person in town who’s just as lonely as she is.

25 Days 'Til Christmas: A Novel

Sophie Kinsella’s beloved Confessions of a Shopaholic series goes on a Christmas adventure in Christmas Shopaholic. When Becky gets roped into hosting her family’s Christmas celebrations, she quickly finds herself in over her head.

It’s all headed for a merry and bright conclusion, but not without some bumps along the way!

How the Dukes Stole Christmas

If historical romance is more your speed, How the Dukes Stole Christmas has a quadruple dose of holiday cheer just for you! Four of the biggest names in historical romance—Tessa Dare, Sarah MacLean, Sophie Jordan, and Joanna Shupe—each contributed a story to this collection.

There’s an impoverished lady looking for a Christmas miracle, a couple falling in love again, a stranded heiress, and an advice columnist who finds herself in a bit of a pickle.

How the Dukes Stole Christmas: A Christmas Romance Anthology

World War I was famously supposed to be “over by Christmas,” and that’s the heartbreaking premise at the center of Last Christmas in Paris. Written by Hazel Gaynor and Heather Webb, this novel follows Evie as her brother, Will, and his best friend, Thomas, head off to war.

They’re hoping they’ll be able to celebrate Christmas together in Paris. Unfortunately, things turn out very differently, and Evie begins a correspondence with Thomas that lasts for years.

Last Christmas in Paris: A Novel of World War I

READ NEXT
Amanda Prahl Amanda Prahl is a freelance contributor to LifeSavvy. She has an MFA in dramatic writing, a BA in literature, and is a former faculty associate focusing on writing craft and history. Her articles have appeared on HowlRound, Slate, Bustle, BroadwayWorld, and ThoughtCo, among others. Read Full Bio » 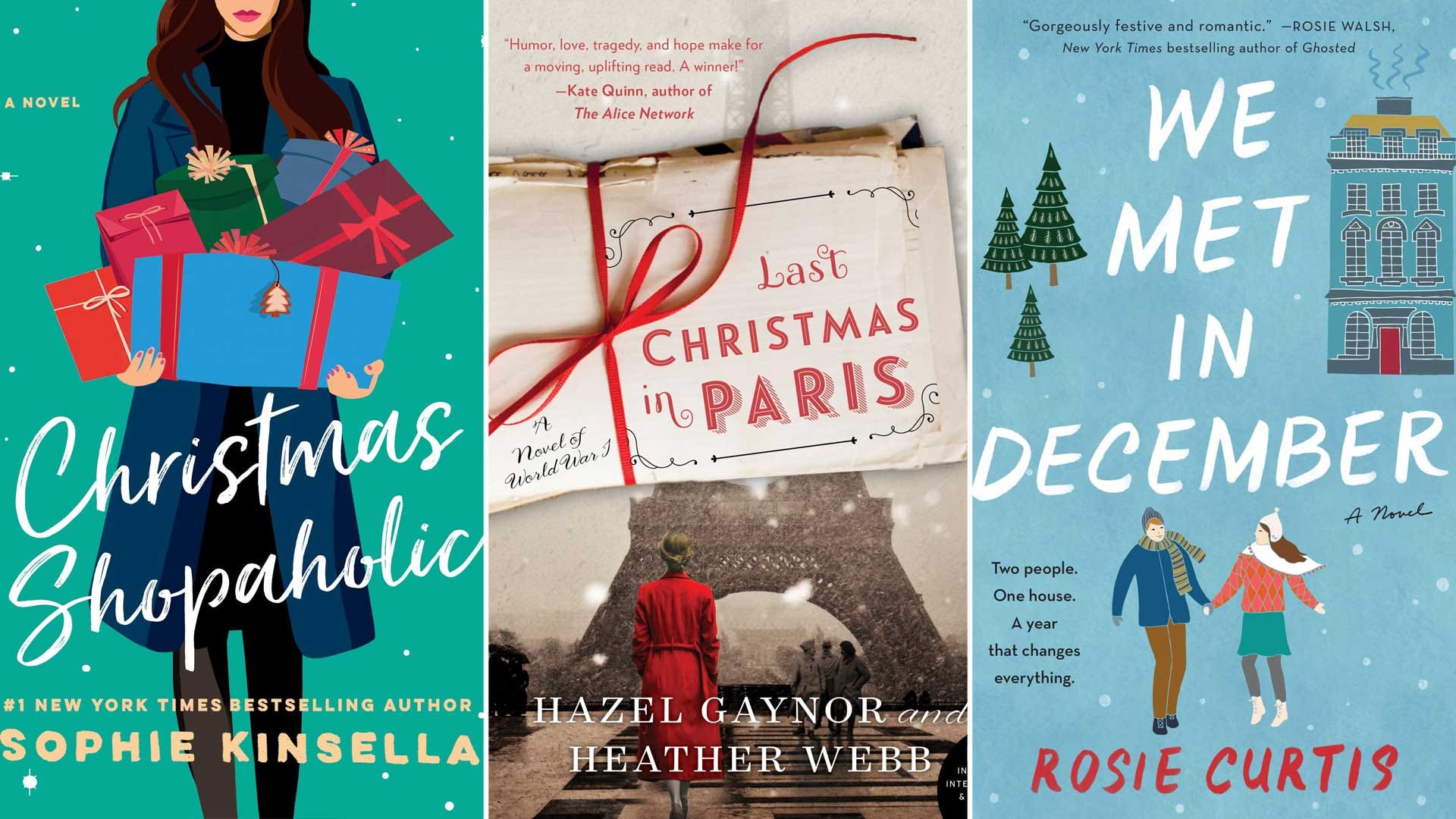