Budget airlines—and the cheaper flights they offer—are getting more and more popular, but it’s a different experience than flying with a big, legacy carrier. Here’s how to make sure you have a pleasant time.

I fly low-cost airlines a lot. They’re often the best option within Europe, and even legacy carriers here are copying large parts of the budget model.

The most stressed people I see are the ones who have not accepted that the lower fees come with fewer amenities and included features. They’ve forgotten that they got a super cheap ticket and are now shocked/horrified/appalled that, because they didn’t check in online, they’re being charged $10 per person.

Budget airlines are awesome, but you have to accept that they are cutting costs to give you a cheaper ticket. Delta or American can’t offer their usual level of service at Spirit’s prices. There’s a good chance you’ll be charged more for “luxuries” like checked bags—or even carry on bags larger than a small backpack. Don’t fly budget if you’re going to have a breakdown in the airport because you didn’t pay for something online and now you’re being charged more.

I try to view flying on budget airlines as teleporting. It’s all about getting me from A to B. Whatever happens en route, I just block out. It’s not part of the trip.

Paris-Charles de Gaulle, where the legacy carriers fly to in Paris, is much closer to the city and offers easy train connections. Paris-Beauvais, where most budget airlines fly, is miles further from the city and requires taking a lengthy shuttle bus ride. It’s the same in the US: Spirit flies from La Guardia, not JFK. 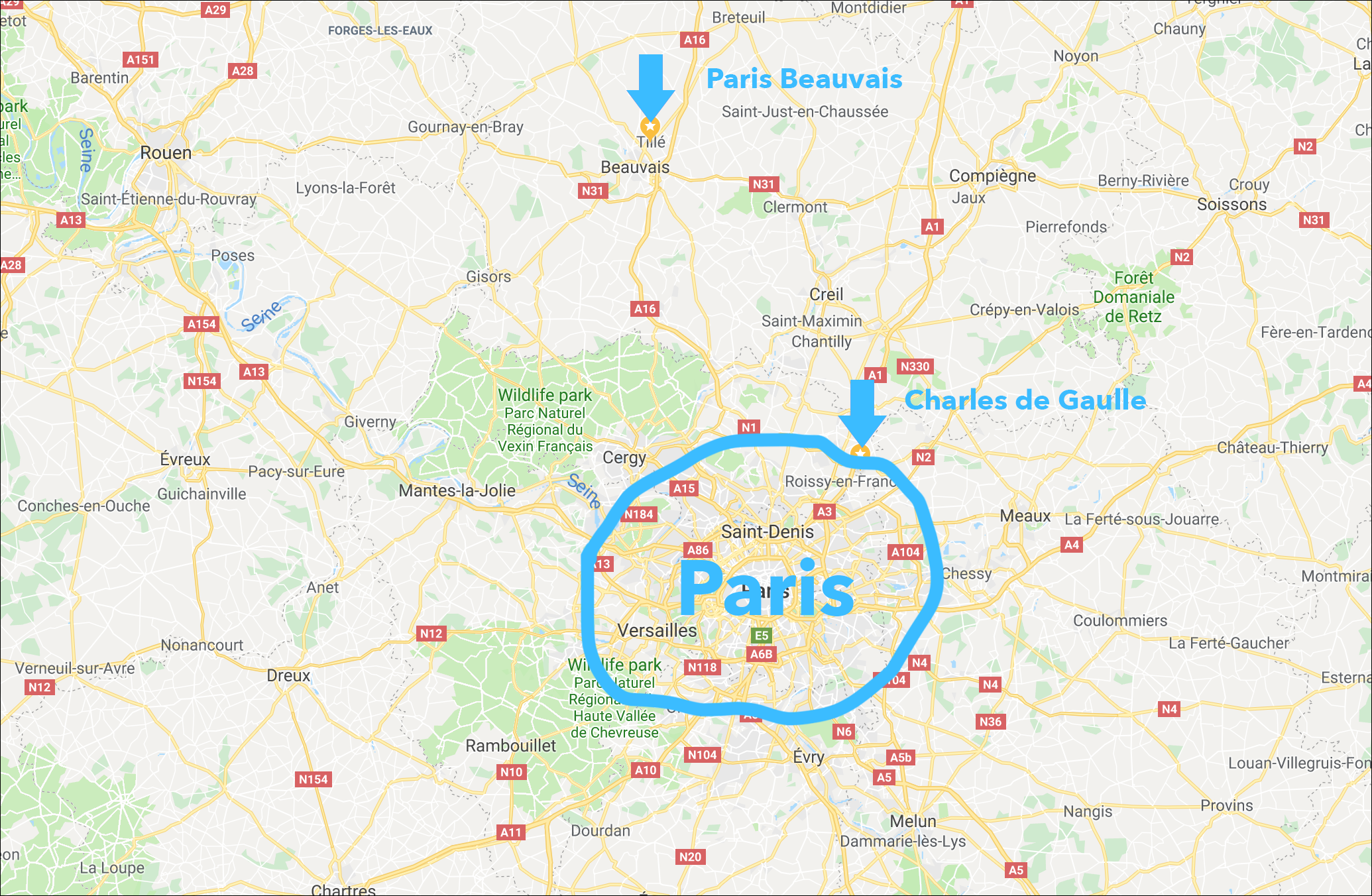 If you’re used to flying on legacy carriers, double check your ticket details before heading to the airport. You might be flying from a terminal you haven’t used before.

If You Care About Seats, Pay to Reserve Them (Or for Early Check-In)

The majority of budget carriers don’t automatically assign you a seat when you buy a ticket. Instead, they assign them at check-in. Unfortunately, this can mean that if you check in after a significant chunk of the people on the flight, you’re stuck with middle seats and your group is spread out all over the plane.

The free way to beat this is to check in as soon the airline makes check-ins available—normally 24 hours before your flight departs. That does, however, still leave you at the mercy of circumstance. If you want to guarantee an extra legroom seat, an exit row seat, or just your family sitting together, then the safest thing to do is pay the fee to reserve seats in advance.

On Southwest, things are a little different. They use what I can only describe as a controlled free-for-all approach to boarding. There are three groups: A, B, and C. Group A boards first, then B, and then people in the C group are left to take all the middle seats. To get in an advanced boarding group, you have three options: check in as soon as check-in opens; pay $15-25 for the automatic EarlyBird Check-In when you book your ticket; or pay $30-40 for Upgraded Boarding at the airport.

Once you start tacking on all the extras, budget airlines get a lot less budget. If you’re flying with two checked bags ($70), a full complement of carry-on bags ($35), a reserved seat ($15), and all the rest, you can quite quickly get to the cost of a full-service carrier. The simplest way to make sure your flight stays cheap is to pack light.

Don’t bring anything unnecessary. If you can get by with just cabin baggage or a single checked bag for everybody traveling, do so. Bring lots of stuff and, especially if you don’t pay for it in advance, your trip will get a lot more expensive. It’s not uncommon for it to cost more for your bags to fly than for you when it comes to budget airlines.

Also, if you’re bringing a bag, don’t go over the weight limits. Budget airlines tend not to be forgiving, and the overage fees are high.

Get to Your Boarding Gate on Time

Budget airlines rely on their planes being in near-constant use. A single delay can have a knock-on effect across the whole network. This means they’re not going to wait for you to get back from the bar.

Treat boarding times as doors closed times when you’re flying budget unless you want to pay for two flights—miss a flight because of your own mistake and the airline is unlikely to reroute you for free.

And don’t expect to hear your name announced over the loudspeakers. Budget airlines are known simply to close the doors and go—no final calls.

Expect to Pay for Snacks

Most budget airlines don’t include any free drinks or snacks. It’s okay for short haul flights, but if you’re traveling any distance, be prepared to drop a bit of cash on food and drinks—or buy your own in the airport. This point’s especially important if you’re bringing children with you.

Abide by All the Rules

Finally, the number one thing about flying budget: abide by all the rules.

Budget airlines aren’t known for their leniency when it comes to overweight baggage, not checking in online, not having your boarding card, and dozens of small things legacy carriers don’t fuss over.

Take your carry on bag for example. Odds are that, on a legacy carrier, the flight attendant just eyeballs it as you get on and if it looks sort of okay, it’s good to fly. On Ryanair flights, however, I’ve seen people randomly pulled out of line to have their bag sized. An inch over the approved regulations and they’re hit with a $30 fee—no, ifs, ands, or buts.

Budget airlines aren’t the time to push things unless you’re prepared to accept the fees that go with being caught.

Budget airlines are awesome—if you’re prepared. Go in expecting free drinks, reclining seats, and loose baggage rules, and you’re going to be disappointed. View it as a cheap and convenient way to travel, and you’re in for a good time. 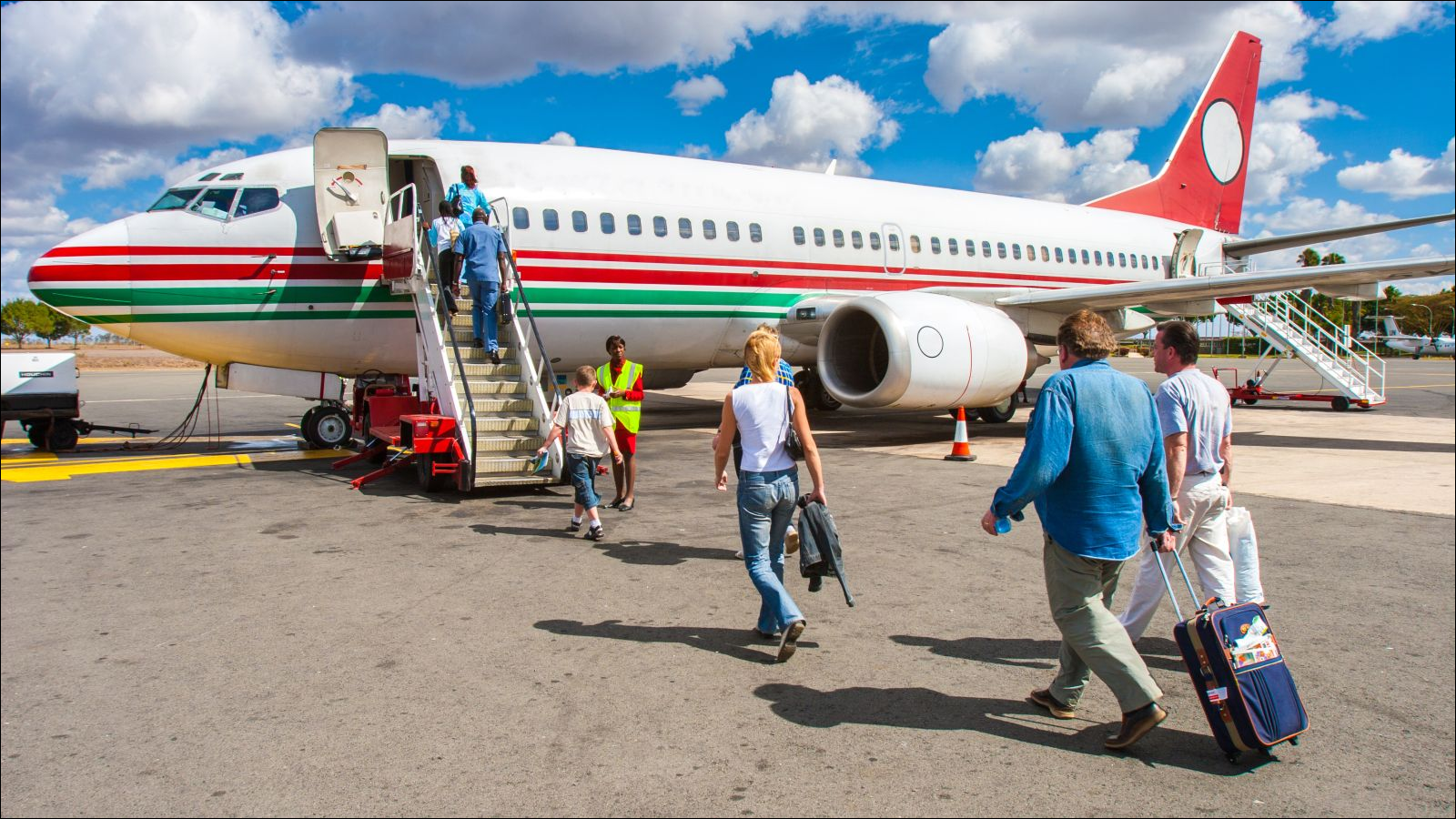