While the chatter about how the Rockefeller plaza tree looks like a 10-story-version of the sad Christmas tree from the Charlie Brown Christmas special, it turns out there was a tiny gift inside: a little adorable owl stowaway.

A tiny saw-whet owl was found among the branches as the tree was transported from its original location in Oneonta, New York, to 30 Rock in New York City. According to the Ravensbeard Wildlife Center where the tiny bird who has been named Rockefeller is recovering, the wife of a team member responsible for transporting the tree discovered the owl. She reached out to the center who said they’d take the sweet creature and the rest of history—well, sort of.

Rockefeller is in a bit of rehab having had such a traumatic experience, but he’s expected to make a full recovery and will be released back into the wild once his recovery has finished. So if you happened to be one of the people speaking ill of the new tree, just remember that’s Rockefeller’s home you’re talking about. 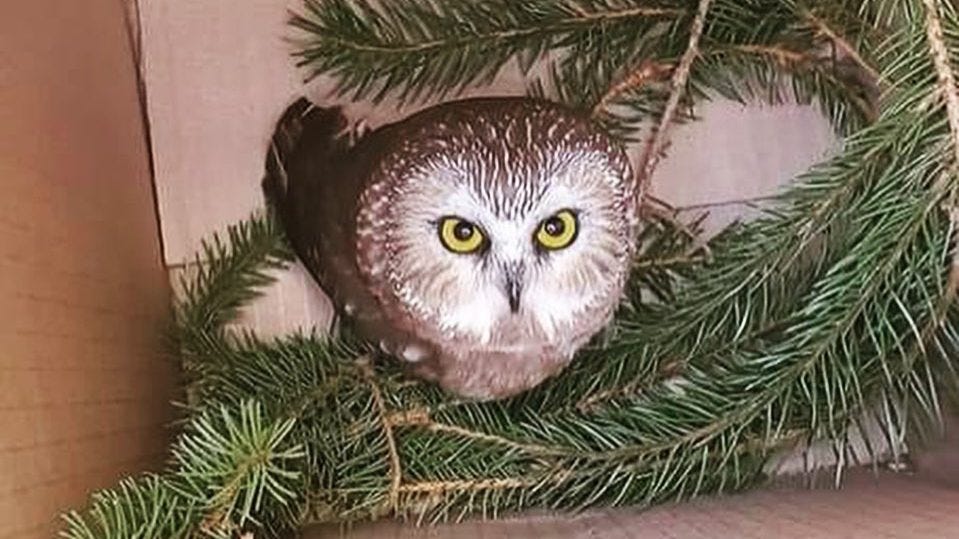