Just because Disney looks a bit different these days doesn’t mean the parks are slowing down. Now, there are new photos of Disney’s Star Wars hotel that’ll have fans of the sci-fi series excited to head to the Florida park.

The new hotel isn’t quite like others. Instead, it takes more of a cruise ship sort of vibe. Guests who visit Disney World will have the option to stay in the Star Wars: Galactic Starcruiser for a two-day and two-night immersive experience. Guests will all enter the hotel at the same time and then depart on the Halcyon a fictional intergalactic cruiser where over the course of their stay they’ll visit exotic locations and bunk up as if in their own rebel quarters.

Thanks to new photos what these bunks will look like—with their orange and white design reminiscent of rebel X-wing fighters uniforms and with the same aesthetic as the Millenium Falcon—it’s hard not to see how the hotel would be a dream for Star Wars fans.

It’s not just that the hotel and experience look cool, though. While staying at the hotel, you’ll also get to wield a lightsaber (aka my dream), live your best Lando Calrissian-inspired life in the Silver C Lounge, and get a peek at just what it would take to run a spaceship.

Currently, the hotel is slated to open in 2021, but no specific date has been given. But if you want to learn more and see more of the hotel, you can find all the details on the Disney Parks page. 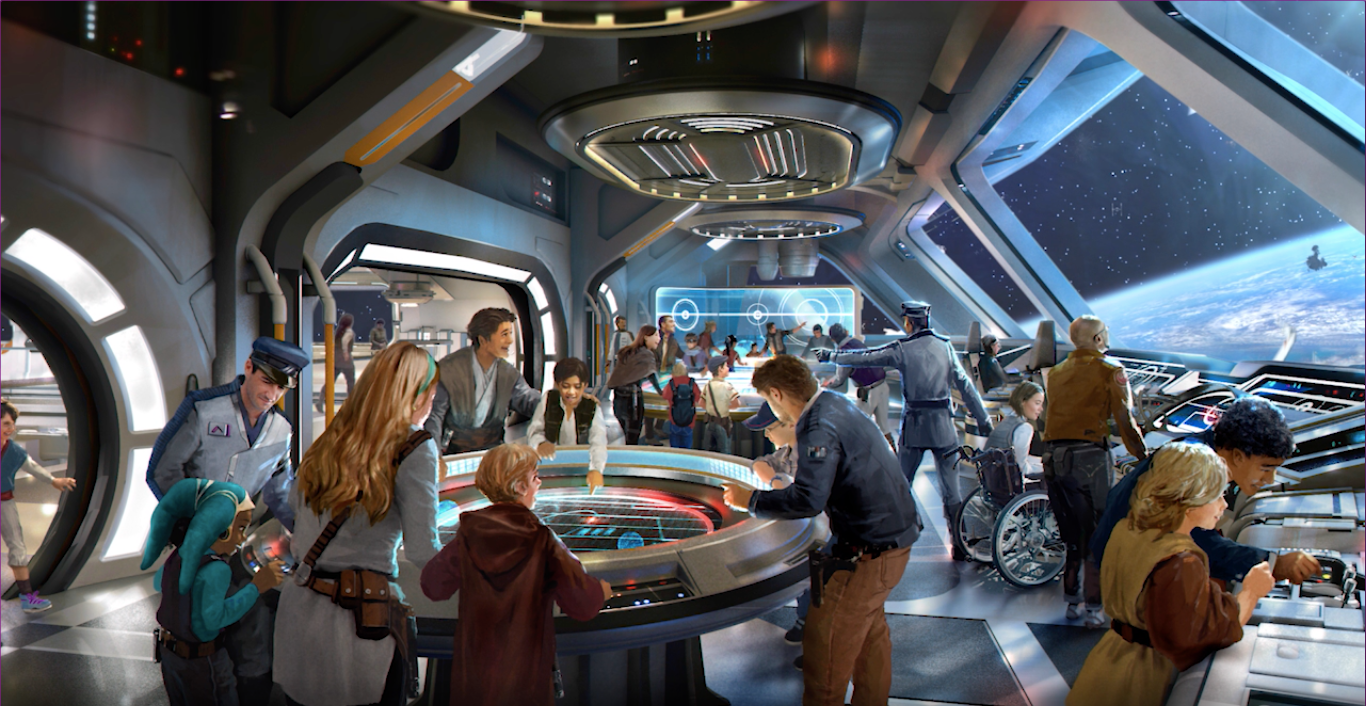