Is there such a thing as too many beverage options? Let’s hope not, because Gordon Ramsey is releasing a hard seltzer, and it’s themed after his iconic television show.

The famous chef and Hell’s Kitchen host is launching his own range of alcoholic seltzer, aptly entitled “Hell’s Seltzer” (after both the cooking competition and his restaurant chain). The new drink is scheduled to launch next year and will come in four flavors that are markedly different than other options you usually see on the market. While brands like Truly and White Claw tend to have single flavor options (think Mango or Grapefruit), Ramsey’s beverages are all flavor blends, and they’re inspired by the dishes in his restaurants.

Knicker Twist is a passion fruit, pineapple, and orange flavor; Mean Green features kiwi, lime, mint (interesting, right?), and pineapple; Berry Inferno is made up of peach, blueberry, and raspberry (not sure where the inferno part comes in); and finally, there’s That’s Forked, which is basically key lime pie in a can with flavors of key lime, vanilla, and graham.

While there’s still no official launch date, Food & Wine reports that the drinks will come in a variety pack of 12 for between $15.99 and $17.99. So keep an eye out at your local grocery store in 2021, and you may just be able to get a little sip of Hell’s Kitchen in your own kitchen. 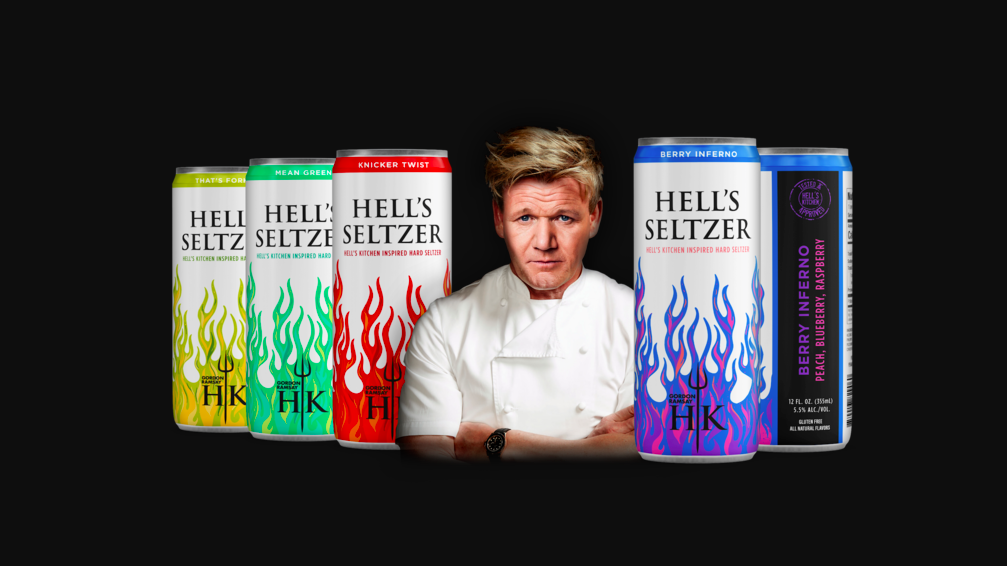