Getting back into the swing of things post-holidays isn’t exactly an easy feat. Thankfully, Dunkin’s extra charged coffee is here to help.

Just before the new year, Dunkin’ introduced its new Extra Charged Coffee, a brew that features 20% more caffeine than a regular cup. The new beverage can be ordered iced or hot, and it’s infused with a green coffee extract that’s designed to give an added caffeine boost to your daily Dunkin’ order. The best part for those who need a bit of an extra oomph? A medium Extra Charged Coffee is only $2 from now until Jan. 26.

But Dunkin’ isn’t just bringing new extra caffeinated options to the table. If you aren’t quite ready to get that caffeinated yet, you can also try the brand’s two new brews. Dunkin’ Midnight is the brand’s darkest roast and has notes of cocoa. Explorer Batch is a new blend sourced from one of four popular coffee regions and features berry notes.

On the new offerings, Vice President Jill Nelson of Marketing & Culinary at Dunkin’ said in a press release, “Since opening our doors more than 70 years ago, Dunkin’ has served a superior cup of coffee. Now, for the first time in our history, we’re offering the boldest and most diverse assortment of blends and customization options to fuel a new era of coffee at Dunkin’. From the darkest roast in our portfolio to the most caffeinated hot and iced coffee varieties, we are more committed than ever to keeping Americans running on Dunkin’ in 2021.” 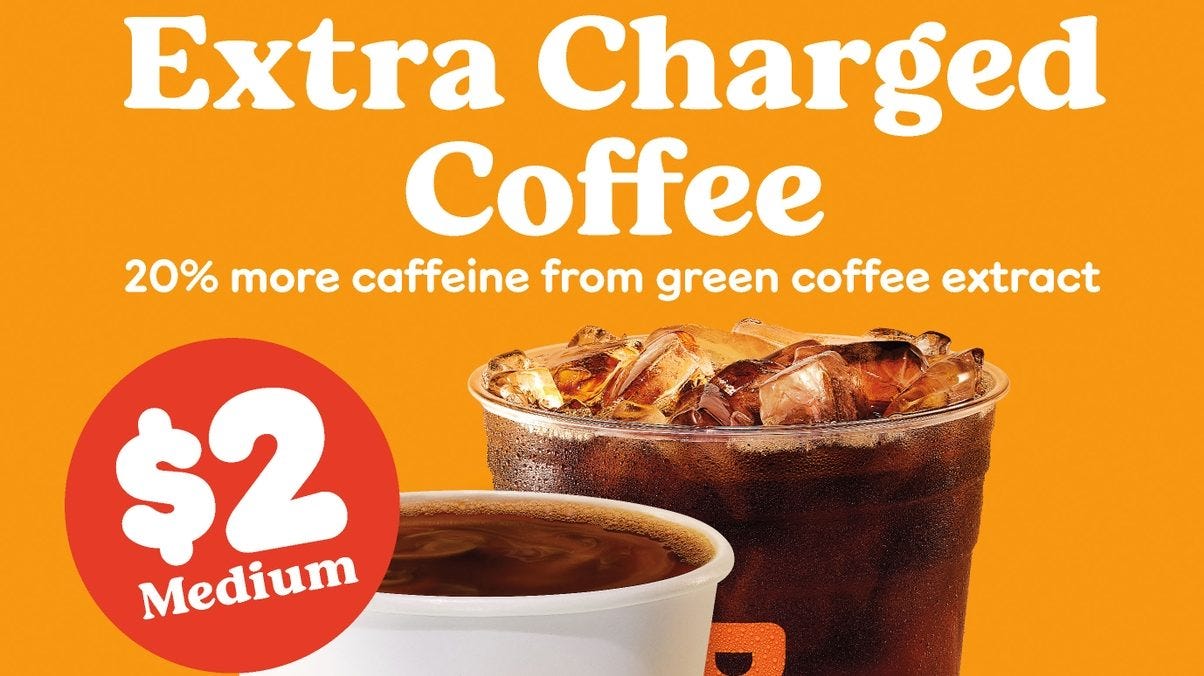