Let’s be honest: you eat your kids’ Goldfish crackers, and no one blames you. Soon, you might want to steal even more of them because sour cream and cheddar Goldfish are coming!

The famous cheddar-flavored, fish-shaped crackers from Pepperidge Farm will soon feature a zesty sour-cream twang. This is the same deliciousness found in Lay’s and Ruffles potato chips.

Sure, your kids will likely love the new flavor, but adults love these animal-themed snacks just as much. The sour cream and cheddar flavor is set to hit stores at some point this month. A rep for the company confirmed on Delish that Target will be one of the first retailers to add it to shelves. The price is expected to be comparable to other Goldfish products, at around $2.49.

This new option and the classic cheddar version aren’t the brand’s only flavors, either. You can get pizza, white cheddar, sour cream and onion, extra cheddar, and jack cheese. If you or the kiddos are feeling adventurous, try a few of these until the new sour cream and cheddar flavor shows up at your local store. 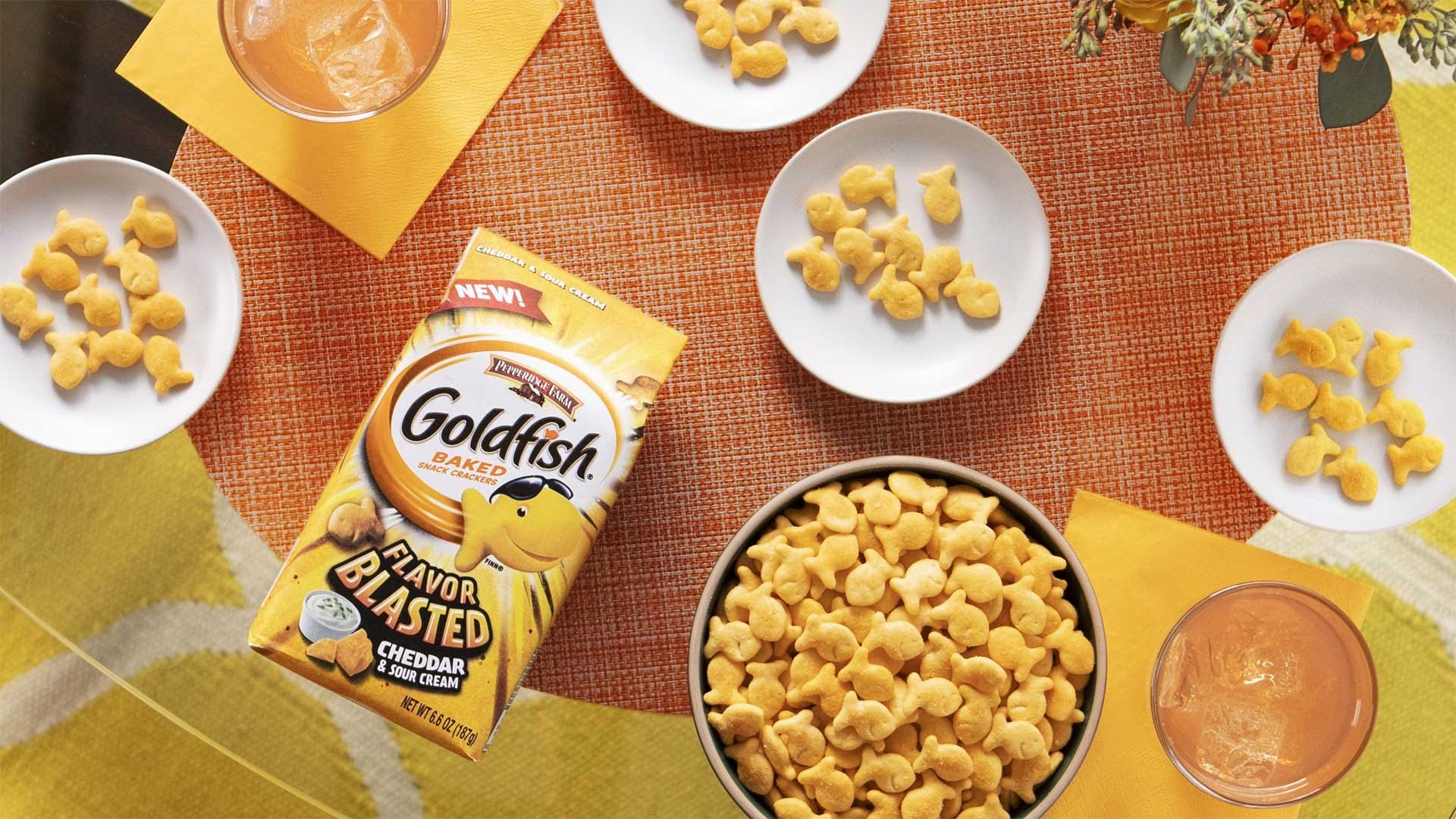