National Chopsticks Day is the perfect excuse to practice your chopstick skills. What better way than to whip up some homemade dishes that will give any takeout dish a run for its money? We’ve compiled a list of Asian recipes from around the region, including Japanese, Chinese, and Korean dishes.

The day, celebrated on February 6 each year, is centered on appreciating (and using!) chopsticks. While the simple utensils are largely absent from Western culture, roughly one-third of the world uses chopsticks every day.

Here are a few more fun facts about chopsticks in case you want to dazzle anyone with trivia while preparing the following recipes:

But whether you grab some disposable chopsticks or go all-in on the experience by ordering some dishwasher-safe reusable chopsticks, you might be hung up on the, you know, using them part. Don’t worry! Everyone starts somewhere and if you’re not living in one of those regions where chopsticks are the utensils of choice, you probably didn’t grow up eating with them from the time you were a tot. Here’s a handy video to help you get the basics of what is known as the “standard grip” method down.

Beginner chopstick user or old pro, we’re sure you’ll find the following recipes delicious. All of these dishes are authentic recipes (no Panda Express orange chicken) but doable for people living in the United States—although a few ingredients may need to be purchased at an Asian grocery store or online. Happy eating!

Also called Spicy Sichuan noodles, this dish is a favorite in the Sichuan region of China. Freshly boiled thin noodles are served in a spicy, savory sauce and topped with pork. The spiciness is what makes this dish amazing, but you can reduce the amount of chili paste and oil if you want to save your taste buds.

This dish is fun to say and fun to eat. Bibimbap is total Korean comfort food and one of the most popular recipes from the country. Recipes will vary by chef, but it is essentially a bowl of rice filled with mixed vegetables and meat. It is usually topped with a fried egg and doused with a spicy sauce. You can also add kimchi for more Korean goodness.

Get the Recipe: My Korean Kitchen

Gyoza are similar to Chinese dumplings but pan-fried and served with a unique sauce. Crispy on the outside and juicy on the inside, these are some of the most popular dishes in Japan. This recipe uses ground pork in the filling, but you can easily make these vegetarian- or vegan-friendly by altering your mix.

Get the Recipe: Just One Cookbook

This dish is commonly found in American-Chinese restaurants but is an authentic Chinese recipe that’s equally popular in its homeland. Kung Pao Chicken is made with diced chicken and peanuts coated in a spicy chili sauce. It’s salty, sweet, and spicy. This homemade version will knock the socks off whatever takeout dish you’re used to.

Get the Recipe: The Woks of Life

This Filipino dish is similar to chow mein but made with rice noodles. It’s packed with diced chicken and vegetables and coated in a savory sauce you won’t be able to stop eating. This recipe is easy to alter with whatever meat and vegetables you have on hand, and it makes great leftovers.

Get the Recipe: Pickled Plum

This broth of this Vietnamese soup takes a long time to make but is so worth the effort. A winning pho boils down to the broth (literally) so don’t skimp on any steps. The cozy flavors include cinnamon, anise, and ginger for a steaming bowl that will warm you from head to toe. This may become your chicken noodle soup replacement in the future.

Yakisoba is a Japanese stir fry noodle dish. You’ll find it in street food stands, restaurants, and homes across the country. Precooked noodles work best and the safe only uses a few ingredients. Feel free to add any assortment of protein and vegetables you want.

This is a Malaysian-style chicken soup made with rice noodles and coconut milk. It’s also topped with bean sprouts, sliced cabbage, and a hard-boiled egg. If you can’t find galangal, omit it and double your ginger.

Get the Recipe: Rasa Malaysia

This Cantonese dish is made with thick noodles, sliced beef, and a savory sauce. It is traditionally made in a wok over very high heat, which brings out unique umami flavors. While you should invest in a wok if you enjoy Asian cooking, you’ll be able to make this dish in any wide, deep pan you have.

Get the Recipe: Red House Spice

Learn to make your favorite takeout dish at home. Tamarind is one of the key ingredients but can be difficult to find in American grocery stores, so plan on visiting an Asian grocery store or ordering it online. We promise it’s worth it—you’ll be amazed that Pad Thai can taste this good.

Get the Recipe: Hot Thai Kitchen

READ NEXT
Anne Taylor Anne Taylor is a writer with a BA in Journalism and a passion for storytelling. Her work has been published on a variety of websites including Listverse and Introvert, Dear, and she is currently working on her first novel. When she's not breaking down complex topics into readable material, she loves to stay on the lighter side and blog about Disney and Universal parks on Taylored Trips Blog. Read Full Bio » 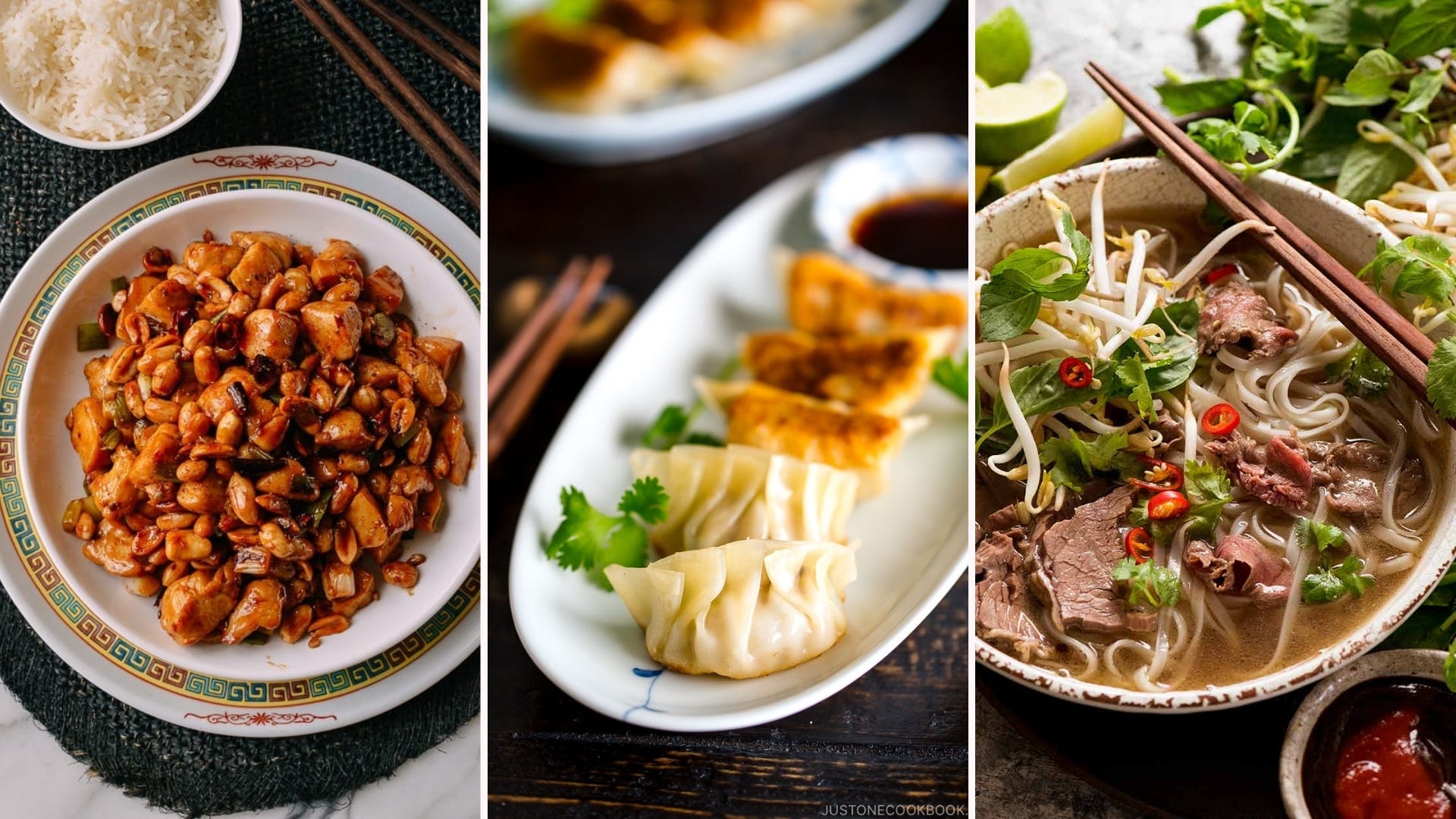